Lynwood, Calif. – Leaders from Lynwood’s school district, city, business and nonprofit sectors last week took part in a local action summit kicking off The Village Project, a program aimed at coordinating local resources to break down barriers to success for young men and women of color. The coalition was envisioned by Lynwood Unified Board of Education Vice President Gary Hardie, Jr, in partnership with Lynwood Mayor Jose Luis Solache, as a response to President Barack Obama’s “My Brother’s Keeper” initiative, a call to action to communities across the country to expand opportunities for youths of color.

“When President Obama launched his initiative, I felt that this was something we needed to do right here in Lynwood,” Hardie said. “Working with the city and the school district to organize The Village Project has allowed us to create a dialogue between our entire community, at all levels. Today’s students are tomorrow’s leaders and we must help them develop the skills and confidence they need to succeed.”

“This is a collaborative effort that ensures our students will have additional support and resources to help them succeed in their academics, their future careers, and in life,” Gothold said. “As a school district, it is our mission to educate students and prepare them to be productive members of society. However, it would be impossible for us to reach our goals without the dedication of our partners – our parents, teachers, staff, city and broader community.”

“It was an honor to be a part of a City whose school district had already responded to the President’s Call to Action for Youth. With the school district’s Village Project, our school district is ahead of the game. It made me so proud to know that we addressing an issue that is being addressed on a national level across the country to uplift our youth and guide them in the right direction and make sure that opportunities are afforded to them as they are to everyone else. As leaders today, it is our job to hold the doors or opportunity open for our leaders of tomorrow and I’m glad to be a part of a City Council that fully supports its school district on this issue. Our youth need to be reminded that anything is possible; their dreams are our dreams.”

Mary Ransom, President of the District African American Advisory Parent Council (DAAAPC), described her goals for extending opportunities through the Black Teen Summit, which was held in conjunction with The Village Project launch. More than 280 Lynwood teens participated in the day-long activities of the summit, which included motivational speaker Erick Cork from Dallas, Texas. This year’s summit promoted rebuilding writing skills for preparation of the upcoming Common Core State Standards (CCSS) testing in the spring. In conjunction with the teen summit, the District African American Advisory Parent Council (DAAAPC) added parent workshops to empower and inspire parents to become advocates for their children.

“The Black Teen Summit is all about creating opportunities for our students,” said Ransom. “I am so proud of our students and of the District African American Advisory Parent Council (DAAAPC). We are here to support them and provide every chance for them to succeed in their dreams and goals. That is why we are providing something new this year – parent workshops – so that we can also support other parents as they provide guidance for their children.”

Following the press conference, representatives from across the community and from local, state and federal elected offices, including the African-American Liaison from the office of U.S. Sen. Dianne Feinstein, the office of U.S. Rep. Janice Hahn, the office of State Sen. Ricardo Lara, the office of Assemblyman Anthony Rendon and the office of Los Angeles County Supervisor Mark Ridley-Thomas, took part in a roundtable discussion in which they assessed the needs of Lynwood’s youth, identified priorities and crafted a plan to continue to invest in tomorrow’s leaders.

“The Village Project accentuates the value of the District’s commitment to high-quality education and outreach,” said Board President Maria G. Lopez. “By contributing District resources and partnering with the Lynwood community, we create additional opportunities that enhance what we are doing inside of our classrooms and on our school campuses.”

VILLAGEPROJECT2: The Village Project was launched Feb. 25 to serve Lynwood’s youths of color. The launch event was held in conjunction with the Lynwood Unified and the District African American Parent Advisory Council (DAAAPC)’s second annual Black Teen Summit, which seeks to provide motivation, job and life skills and college-going resources for Lynwood’s teens. 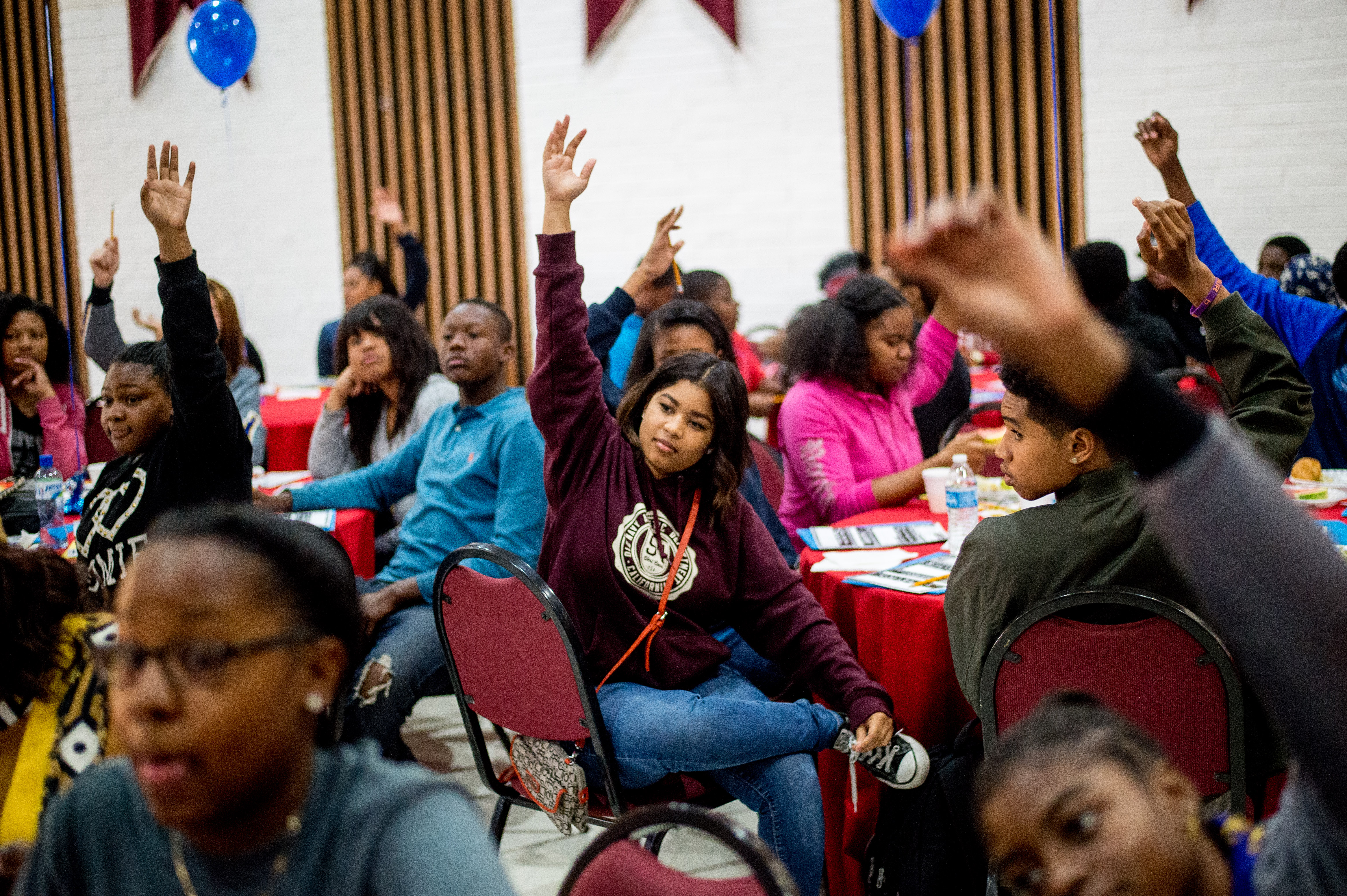 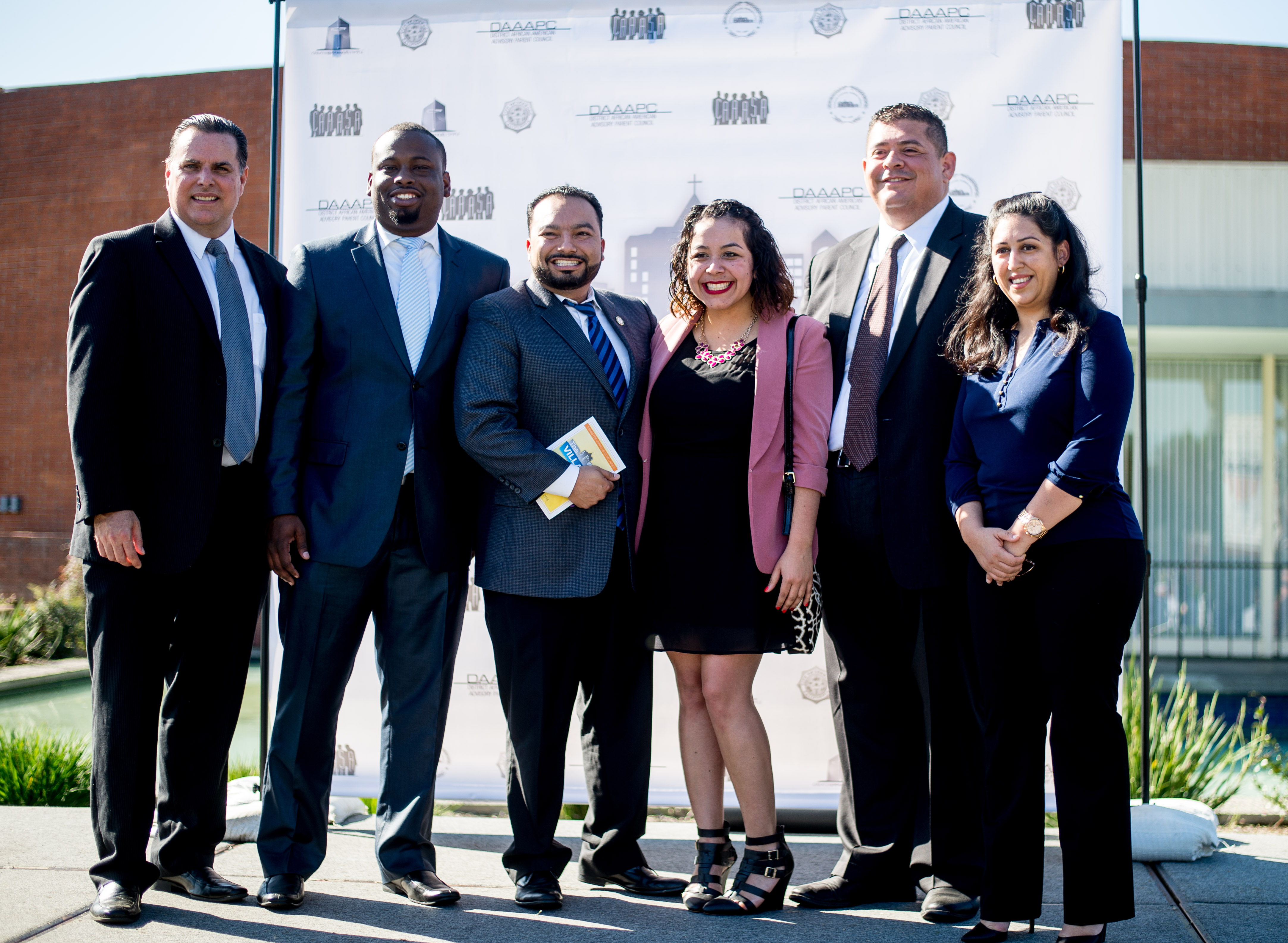