Lynwood – Rosa Parks Elementary sixth-grader Daja Ford had never considered becoming a business owner, but all that changed after she applied science to create her very own Sniffalicious perfume line during the District’s weeklong Girls Pursuing Science (GPS) Camp.

Daja was one of nearly 30 Lynwood Unified female students in grades four to eight inspired by the joys of science during the first-year camp held from July 10-14 at Hosler Middle School. GPS founder Jacquelyn Thomas led the program’s science, technology, engineering, art and math (STEAM) curriculum.

“Making new things and learning what chemicals can be mixed together was my favorite part,” Daja said. “I never thought I would be making my own perfume.”

Lynwood Middle School seventh-grader Alondra Lopez used her cosmetics to create Al’s Products, with a distinctive purple, blue and pink logo, and said she would like to help break the stereotype that girls don’t pursue science.

“We wanted the week to be about showing the students new ways to explore STEAM,” Thomas said. “The world has changed so much and it’s become mandatory that young learners be able to problem solve and think critically in order to thrive.”

GPS was launched in 2014 with the purpose of helping girls become more engaged in scientific inquiry and Lynwood adopted the program for this year’s inaugural summer event. The STEAM curriculum includes research activities, software applications and the business component that encourages students to thrive in the marketplace. Lynwood has placed its own emphasis on science and recently opened a robotics computer lab at Washington Elementary School.

“The GPS program is sending a message to our female students that there are no barriers to the careers they can pursue,” LUSD Superintendent Gudiel Crosthwaite said. “The curriculum is engaging and allows our young learners to use their creativity to experience science in an exciting way.”

Lynwood’s GPS camp also focused on serving students in need. Foster youth were solicited for the program and made up about a third of the total attendance. Each day, the District provided free breakfast and lunch to all students.

“I think it’s amazing that our GPS summer program is encouraging so many young female students to consider science and entrepreneurship as career options,” LUSD Board President Alma Delia-Renteria said. “This is only the beginning of a program we believe will nurture future leaders.” 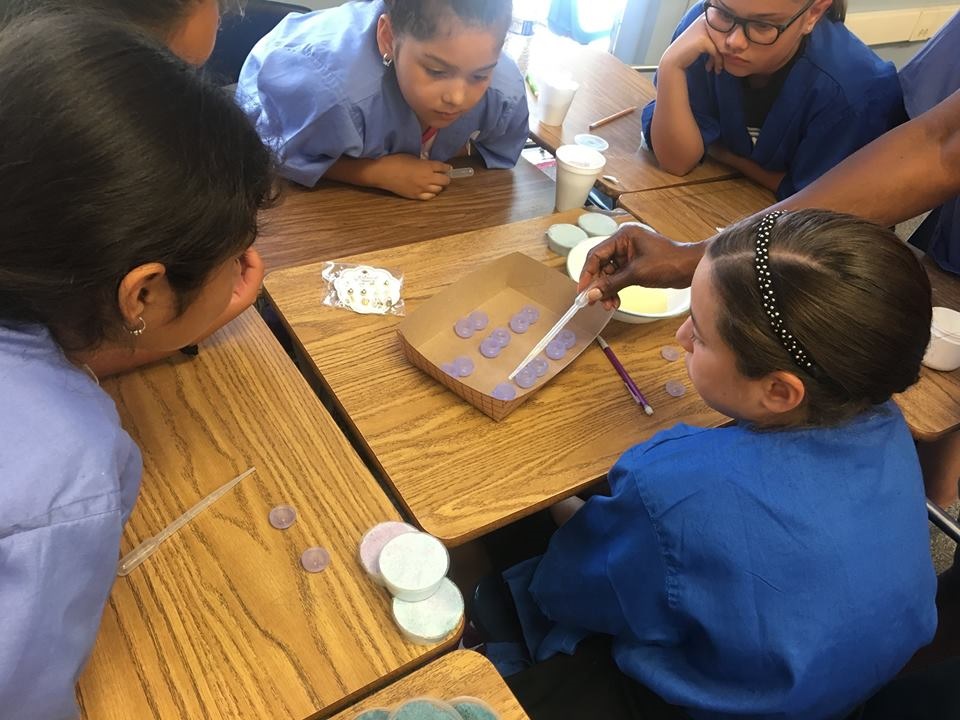