Whittier, CA – Aeolian Elementary School fifth-grader Cristal Becerra is a born tinkerer with a dream of becoming a civil engineer who will one day build bridges, roads and skyscrapers.

Becerra said she has always enjoyed creating things, but that her decision to pursue civil engineering was encouraged by the District’s four-week summer enrichment program, which ends June 30.

Becerra said projects like her model rocket for a mock mission to Mars and learning about towers and structural integrity during the program showed her that her love of building could be parlayed into a career.

“I was just born with this passion that I wanted to build things,” Becerra said. “I like constructing things and I like using math, so being an engineer allows me to do all of that for an actual career.”

The program, which is enjoying its second year, provides science, technology, engineering, arts and mathematics (STEAM) activities in three classes for 112 students in grades three through seven. This year, the program has focused on inspiring future female engineers and has shown promising results since some 46 female students are enrolled. Girls outnumber boys 2 to 1 in the enrichment program’s fourth- and fifth-grade levels.

Becerra said throughout the program her enrichment teacher Elsa Alvarado encouraged her to pursue her interests in engineering and is now set on joining MESA once she reaches middle school. She also said Alvarado has influenced her college prospects by recommending that she consider studying engineering at Cal Poly Pomona.

Enrichment teacher Jacqueline Ramirez said the program is a great tool for showing girls that they can make a major impact in engineering and that sometimes all it takes is a little encouragement to trigger interest.

“We noticed that when we held some of the competitions the top three students were girls,” Ramirez said. “So I told them that girls can also be engineers because a lot of times they think it’s only for boys.”

Ramirez said her girls produced some of the best projects, including spaghetti bridges which held 15 pounds without breaking and a Popsicle stick bridge that held an estimated 120 pounds of textbooks (29 books in total).

“We’re trying to reach out to female students to let them know there are no barriers to the careers they can pursue,” Alvarado said. “Hopefully, we can get through to our students and show them what they can accomplish.”

Alvarado said her female students have shown promise with their ability to think outside of the box, especially when making load-bearing towers out of index cards and masking tape. Alvarado said the winning group, made up of girls only, created a tower made of columns, multiple layers for support and absolutely no masking tape – making their tower the strongest and the lightest.

“I think it’s amazing that our summer enrichment program is encouraging so many young female students to consider engineering as a career,” LNSD Superintendent Jonathan Vasquez said. “We believe that programs that encourage STEAM careers are paramount for developing critical thinking and helping students, male or female, succeed in their future careers.”

062917_ENRICHMENT1: Students create PowerPoint presentations about their “Recycle Racers” – which are toy cars made from various scraps including show boxes, CDs, and dowels – during the Los Nietos School District summer enrichment program, which ends on June 30.

062917_ENRICHMENT2: Los Nietos Middle School seventh-grader Ximena Rafael’s spaghetti bridge holds strong as she adds weight to the attached bucket. Rafael is one of more than 100 students who participated in the District’s summer enrichment program, which focuses on science, technology, engineering, arts and mathematics (STEAM) activities. 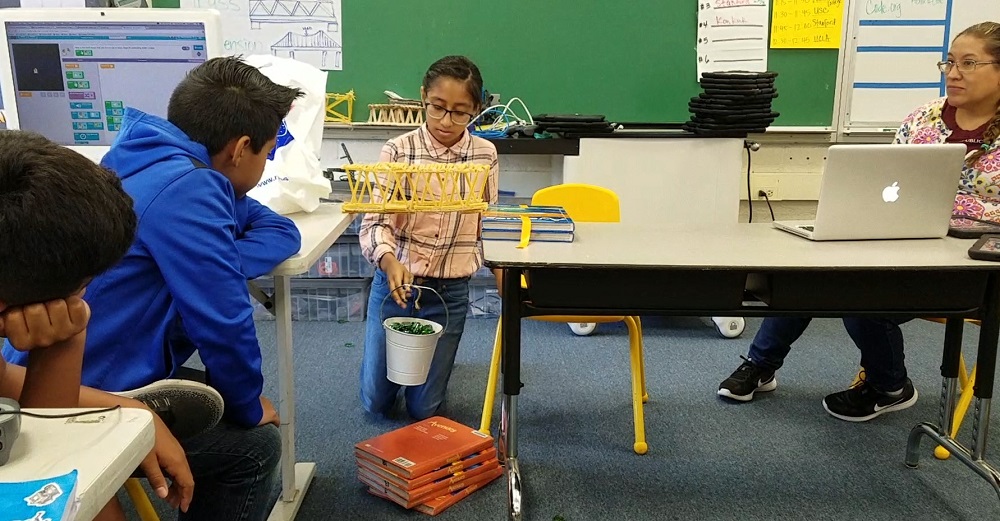 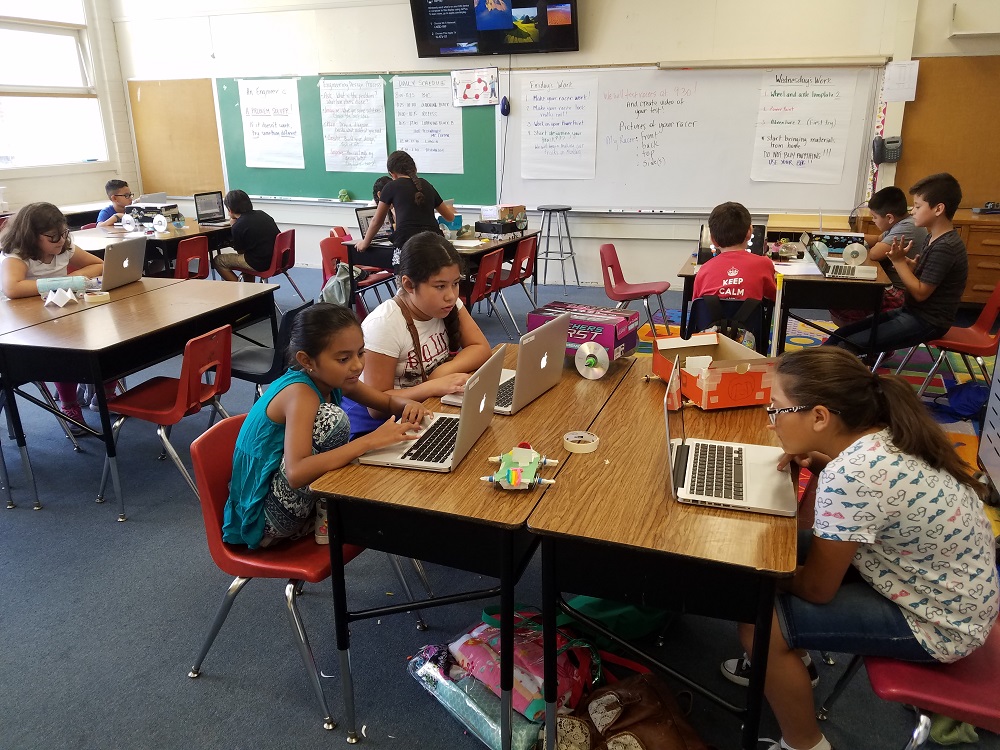