Santa Fe Springs, CA – Chess typically involves silence, poise and restraint from its players, but not at Rancho Santa Gertrudes Elementary School. Those matches are a mix of cheering and laughter.

The Rancho Chess Club features 27 members and meets weekly as students exercise creativity and lateral thinking. The club is readying for its final tournament of the year on May 20 at Rancho Santa Gertrudes where they will face off against other Los Nietos School District students.

As the club nears the end of its year, fifth-grade teacher and Rancho Chess Club coach Joe Nevarez has moved beyond the basics of the game and is showing students more intermediate tactics. Such moves include “The Fork,” an attack that threatens two pieces at once; and a “Pin” that traps valuable pieces.

Nevarez started the Rancho Chess Club 10 years ago to provide bored K-6 students with a meeting space while passing on his love of Chess to a younger generation. Nevarez also sought to teach critical thinking to his Chess Club members and help them to see creative processes of chess.

“When you’re playing chess, you have to be creative and you have to be able to think ahead. It’s a development booster of their meta-cognitive thinking,” Nevarez said. “When Common Core standards started transitioning into the District, we saw the Chess Club as another opportunity help student achievement.”

Using creativity to beat an opponent is an especially exciting aspect of the club.

“The club is fun because you get to learn everything about how to play chess,” second-grader Arrielle Lieb said. “It’s a fun game because it really makes you think about what moves you should do and how to think things out.”

The program has also shown to be consistently popular, with attendance ranging from 25 to 40 kids each year and many students staying in the club until they leave the school.

The club has also been rewarding for Nevarez, who enjoys watching the progression of each player.

“The best moments of being the coach of this Chess Club are when a kid beats me,” Nevarez said. “I know I shouldn’t feel good about a child beating me at chess, but I do because I feel like I did my job and taught them well.”

Though the Rancho Chess Club takes up a great deal of Nevarez’s personal time with meetings and events, the sacrifice yields positive results for many students on a yearly basis.

“The Rancho Chess Club is a shining example of how our District goes beyond classroom instruction to ensure student improvement,” LNSD Superintendent Jonathan Vasquez said. “After-school programs like this Chess Club are important because it’s a fun way for students to grow and improve.”

050317_LOSNIETOS_RANCHOCHESS1: Second-grader Arrielle Lieb (right) looks on as Rancho Chess Club President and fifth-grader Launa Limas (left) snatches her queen during a match. The club is preparing for its final match of the school year on May 20.

050317_LOSNIETOS_RANCHOCHESS2: Several Rancho Chess Club members work on advanced technique moves in preparation of an upcoming chess tournament on May 20. 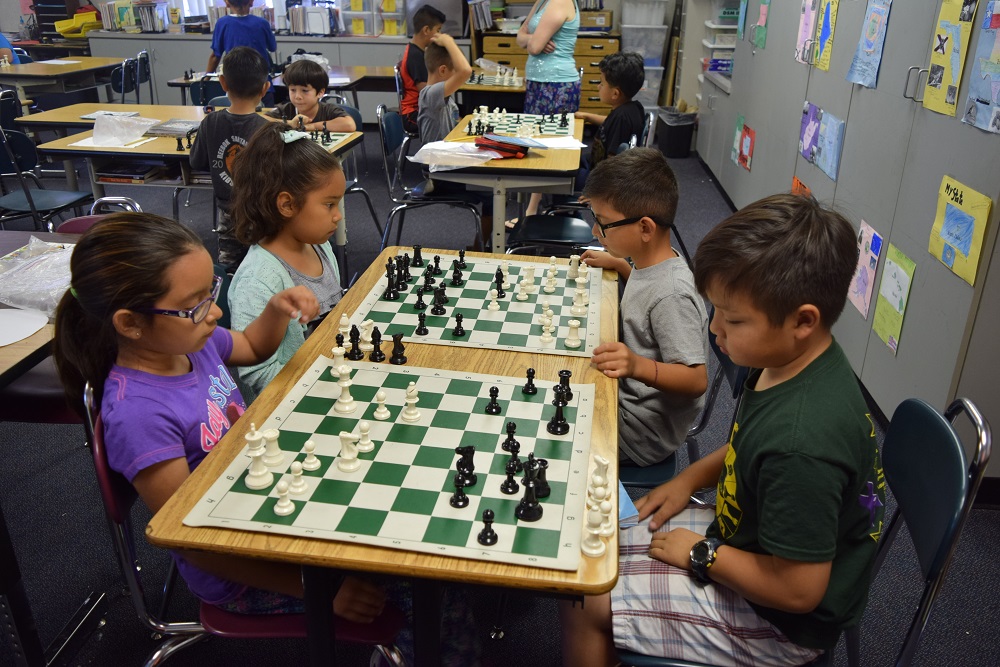 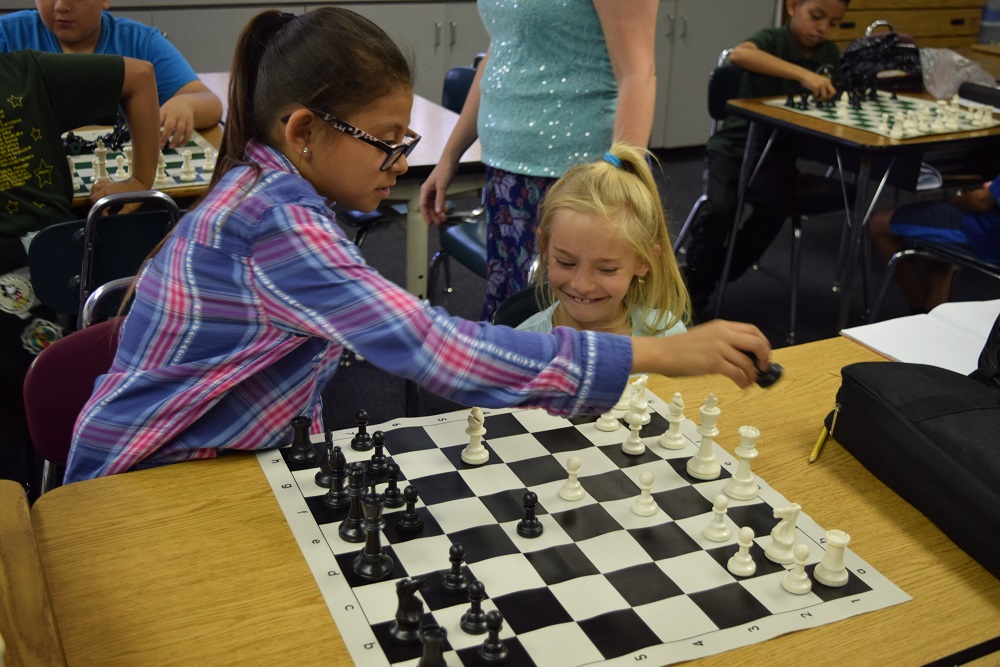