Whittier, CA – The Los Nietos community raised their voices together for a celebratory rendition of the Pledge of Allegiance on Sept. 22 as more than 500 Ada S. Nelson Elementary students, staff and parents christened the school’s newly erected flagpole and playground during a dedication ceremony.

Students lined the front of the Nelson campus wearing red school colors and watched the flag ceremonially raised to the sky, signaling the completion of a summer construction project that included other upgrades to the campus. The playground was unveiled with a ribbon-cutting.

“We want to thank the entire community for all of its support and patience in helping us upgrade our facilities for the benefit of our students,” Los Nietos Superintendent Jonathan Vasquez told the cheering crowd. “This school was built in 1950 and it’s important that we continue to enhance it to keep our kids in the optimal environment for successful development. We came together and accomplished that.”

The project was funded by the $13 million Measure E bond, passed in 2014. The school’s recreational enhancements feature new basketball and volleyball courts, backstops on the baseball field and foam padding and structural updates to the jungle gym. Other campus improvements include a refurbished cafeteria and new asphalt along the walkways.

The District’s Measure N bond, also passed in 2014, has helped fund new digital tools and facility updates for the District’s 1,700 students. Every classroom in the District has been equipped with 65-inch TV monitors, complete with Apple TVs that teachers use to project content from their laptops.

The celebration of the new features at Nelson included a performance of “The Star-Spangled Banner” by fifth-grade teacher Kim Palmer, who received a rousing ovation. Sixth-grade student Emily Rizo, who recently earned a perfect score on the English Language Arts (ELA) portion of the California Assessment of Student Performance and Progress (CAASPP), cut the ribbon on the playground.

The flagpole is of special importance at Nelson as the school holds weekly flag assemblies that include the Pledge of Allegiance.

“It’s a special part of our school spirit and something the kids look forward to each week,” said Nelson Principal Marla Duncan. “All of these changes make our students more excited about being in school, and the more enthusiastic they are the more they’ll learn.”

092816_LOSNIETOS_FLAGPOLE2: Sixth-grade student Emily Rizo cut the ribbon on the new playground at Ada S. Nelson Elementary School alongside Principal Marla Duncan as they celebrated the completion of the summer project on Sept. 22. 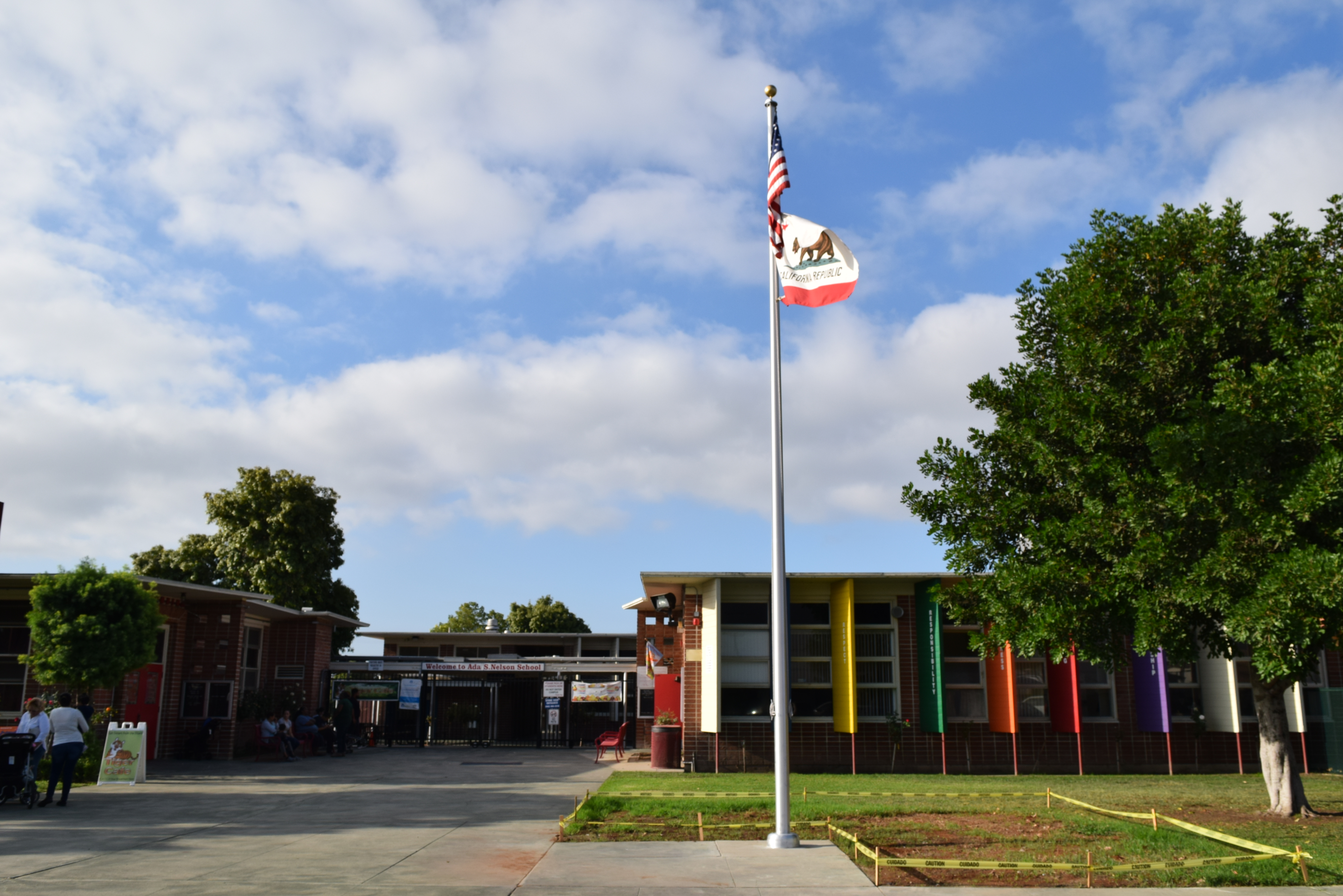 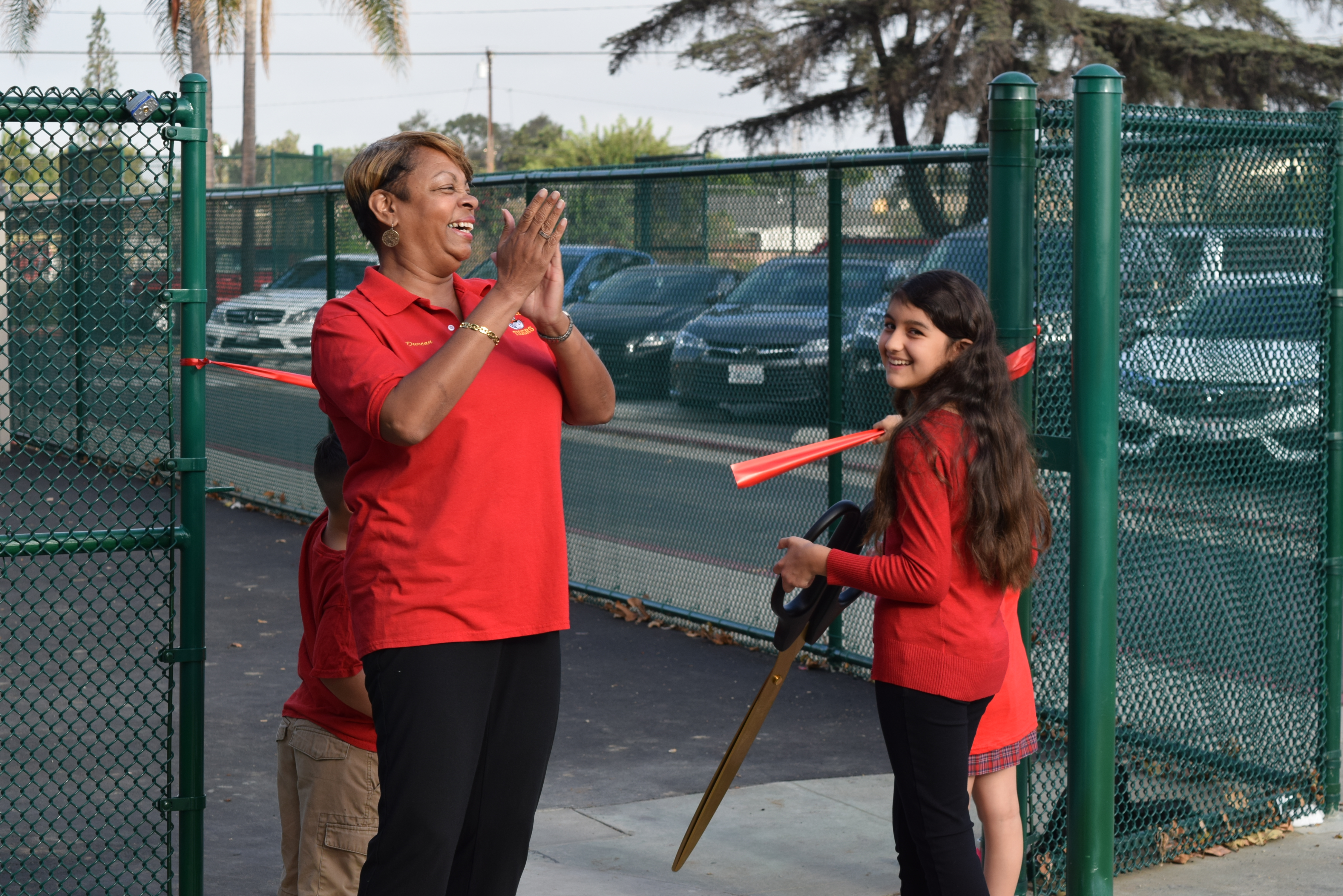