WHITTIER, Calif. – Graduation day is the culmination of years of hard work, and just one milestone that will lead to many. And while each student may continue to face obstacles, the goal is to strive ahead and not to let them stand in the way.

That was the message that hundreds of Rio Hondo College students received during the 51st Commencement Ceremony from the Honorable Hilda Solis – whose own journey includes being advised to pursue a career as an office clerk by a high school counselor, to becoming the first Latina to serve in the United States Cabinet as the 25th U.S. Secretary of Labor.

“Yes, our dreams are possible,” Solis told a sea of students, parents and family members during her Commencement address on May 22. “Your journey will continue, and you will continue to learn and overcome obstacles. Do not let them get in the way of your goals.”

Thousands of parents and family members swarmed the Rio Hondo soccer field to congratulate the hundreds of students who received their associate degrees and to welcome back Solis, a former Rio Hondo College District Board of Trustees member.

“I feel right at home here at Rio Hondo College,” said Solis, who earned a bachelor’s degree in political science from Cal Poly Pomona and a master’s of public administration from the University of Southern California. “To the graduates out there, let me officially welcome you to the alumni family of Rio Hondo College.”

Superintendent/President Teresa Dreyfuss delivered an inspiring welcome address to the Class of 2014:

“Graduates, as you move onto the next chapter in life, remember to dream big no matter your life’s situations,” Dreyfuss said.

“Pursue your goals, regardless of the unexpected obstacles that may come your way,” she continued. “You will hear stories of struggle and persistence. Allow these stories to inspire you to dream big and achieve the impossible. It has been a long road for many of our students, and Rio Hondo College is proud to have been a second home to them. I want to congratulate the Class of 2014 for making us and their families proud.”

Selected to be Rio Hondo’s valedictorian was Marlene Moreno, who plans to pursue a bachelor’s degree in nursing at UCLA and eventually become a nurse practitioner. She graduated from Rio Hondo with two associate degrees – science and mathematics and social behavior and self-development.

Serving as student speaker was Valeria Guerrero, outgoing president of the Associated Students of Rio Hondo College. Inspired by her undocumented status, the El Monte resident and first-generation college student will pursue her dreams of becoming an immigration lawyer. She will be attending UC Berkeley this fall to make her dream a reality.

“Although I will miss my professors and friendships I formed, I am graduating from this institution that supported me in reaching my goals, overcome all adversity and pursue my dreams,” Guerrero said. “I thank you Rio Hondo, for all the resources and support groups that you provided to students like me. And I thank you, fellow graduates of 2014 for trusting me to be your voice.”

During the ceremony, Vice President of Student Services, Henry Gee, also recognized three students for overcoming adversity and challenges in their lives and opening the door to higher education. They included Paola De La O, an El Monte resident who will attend Cal State Dominguez Hills and major in psychology; David Rios, a former gang member from La Puente who will transfer to Cal State LA; and Sandra Lucero, a 50-year-old single mother who graduated with an associate degree in drug studies and a degree in general studies with an emphasis in social behavior and self-development.

“I am so proud of all of these students for reaching this milestone in their lives and having the tenacity to see their educational goals through,” said Rio Hondo College Board of Trustees President Vicky Santana. “These bright graduates are our future, and I can’t wait to see how far they will go. I wish them the best of luck.”

RHC1: Hundreds of Rio Hondo College students graduated during the 51st Commencement Ceremony, where they received an inspiring message from former U.S. Labor Secretary Hilda Solis on Thursday, May 24, 2014.

RHC2: Thousands of parents and family members swarmed the Rio Hondo soccer field to congratulate the hundreds of students who received their associate degrees during the 51st Commencement Ceremony on Thursday, May 24, 2014. 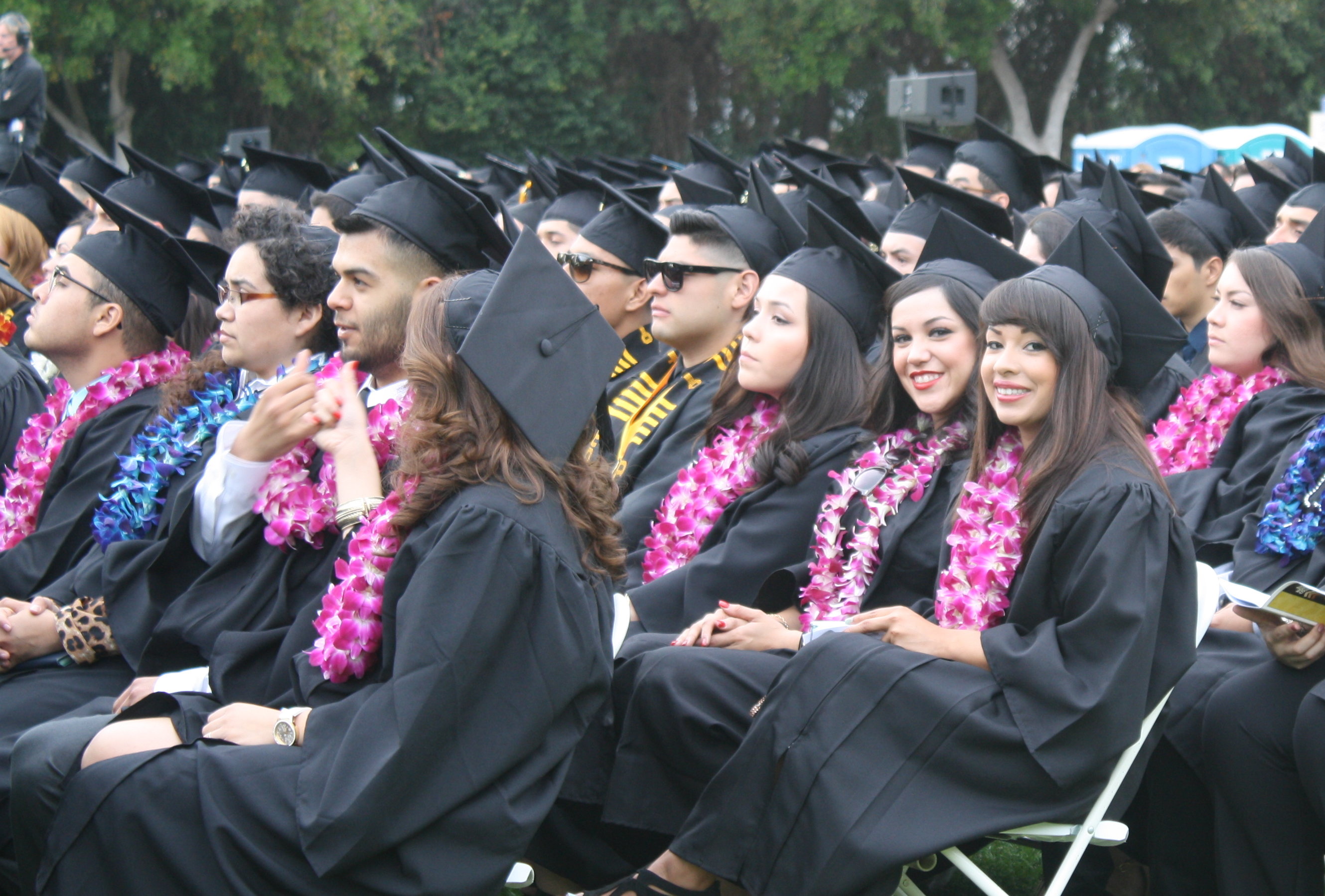 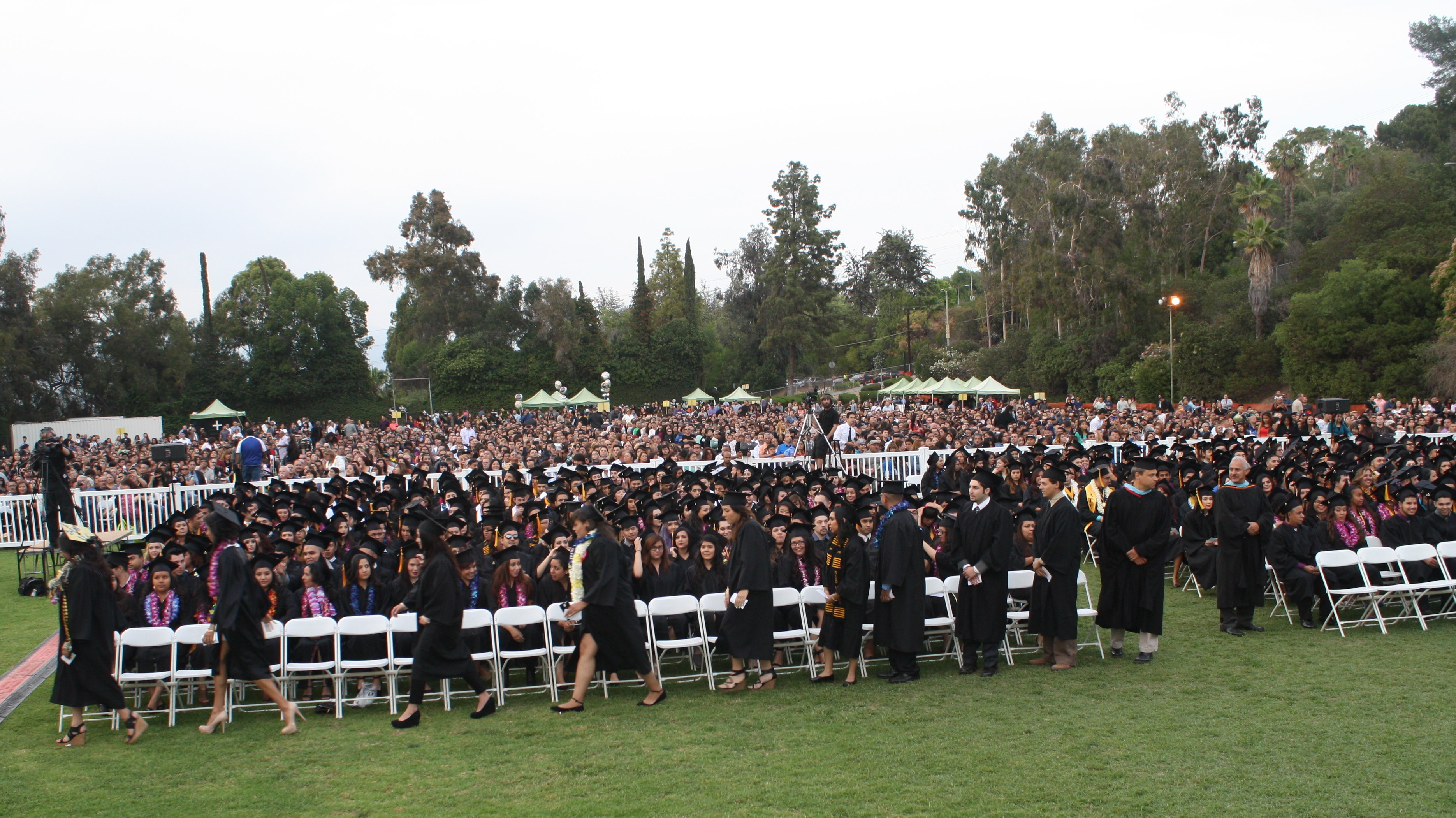