“Being an immigrant from a family that had to make many sacrifices to come to the United States, this is a proud moment,” Pondevida said. “I am greatly inspired by my parents, who have instilled in me a work ethic that allows me to pursue my dreams.”

Quach and Pondevida share an interest in entering the medical profession – Quach as a physician and Pondevida as a bio-engineer. Both students say support from teachers, administration and staff have contributed greatly to their success in school.

“Gabrielino High has been a major contributor in my growth as a student,” Quach said. “The staff cares about you and encourages you to pursue career paths and to challenge yourself academically.”

Quach plans to major in biology and attend medical school. In 2018, he took part in Pasadena City College’s Stem Cell Training Workshop and has volunteered at Methodist Hospital of Southern California for more than two years, working with nurses and interacting with patients.

SANGAB_MERIT_FINALISTS: Gabrielino High School seniors Carlos Pondevida and Kevin Quach – who both have aspirations to work in the medial field – have been named 2019 National Merit Scholarship finalists. 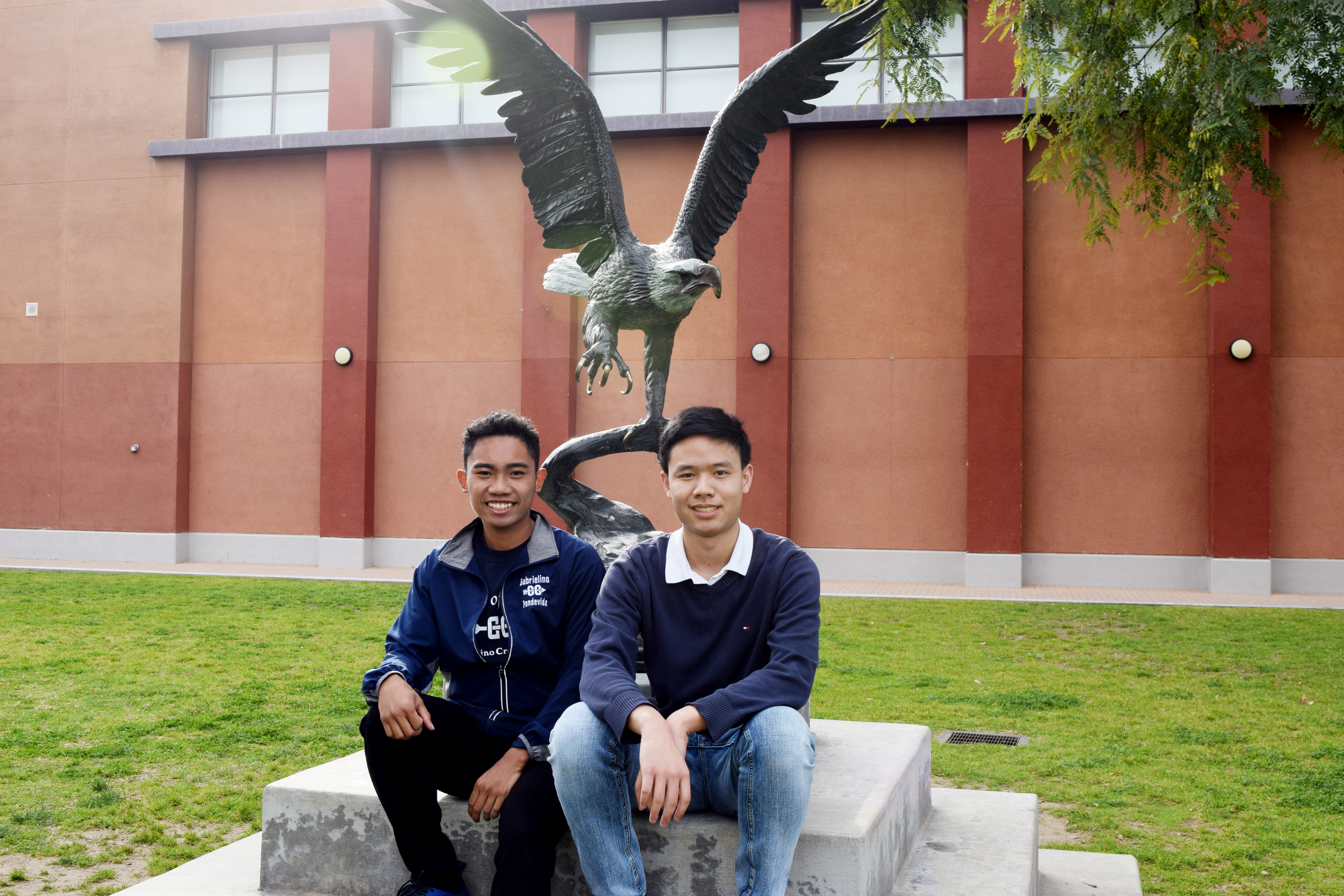