Now, Singleton has her sights set on one final victory: the 2017 National Speech and Debate Tournament, where she will perform excerpts from “Bunny, Bunny: Gilda Radner, A Sort of Romantic Comedy” as the late comedian Gilda Radner.

Singleton, along with 19 other Gabrielino High speech and debate members, will clash with the country’s best high school speakers at the national tournament from June 18 to 23 in Birmingham, Alabama.

“Speech and debate has provided me with a home because it’s where I fit in and where I thrive,” Singleton said. “It’s a perfect environment where I can express myself and be who I am.”

Since joining the program as a freshman, Singleton has ranked 10th among competitive high school speakers in California, qualified for state and national tournaments four times and earned 2,496 tournament points – the most in Gabrielino history.

“Alexandra Singleton is a shining example of how Gabrielino High School’s speech and debate program can be a pathway to academic and extracurricular excellence,” SGUSD Superintendent Dr. John Pappalardo said. “We wish her luck at nationals and in her future endeavors.”

Singleton said the performance aspect of speech and debate has inspired her to become a theater major when she attends UC Santa Barbara in the fall, while the writing and planning aspects of the program have given her an interest in screenwriting and directing.

“Lex has an amazing love of performing and I think that will be her lasting legacy,” speech and debate adviser Derek Yuill said. “Lex doesn’t compete for the trophies, she does it because she enjoys the value of learning and gaining new experiences.”

While the years of practice-filled nights and tense competitions have given Singleton lasting memories, she plans to conclude her speech legacy at Gabrielino and put her skills to use in theater.

“I would feel comfortable leaving my speech career where it is after Nationals because I want to end on a high note,” Singleton said. “I’m continuing speech in a different way by pursuing theater and I’m excited to transform those skills into something new.”

061217_SANGAB_LEX: Alexandra “Lex” Singleton will bring her trademark energy to the 2017 National Speech and Debate Tournament from June 18 to 23 in Birmingham, Alabama, where she will perform excerpts from “Bunny, Bunny: Gilda Radner, A Sort of Romantic Comedy” as comedian Gilda Radner. 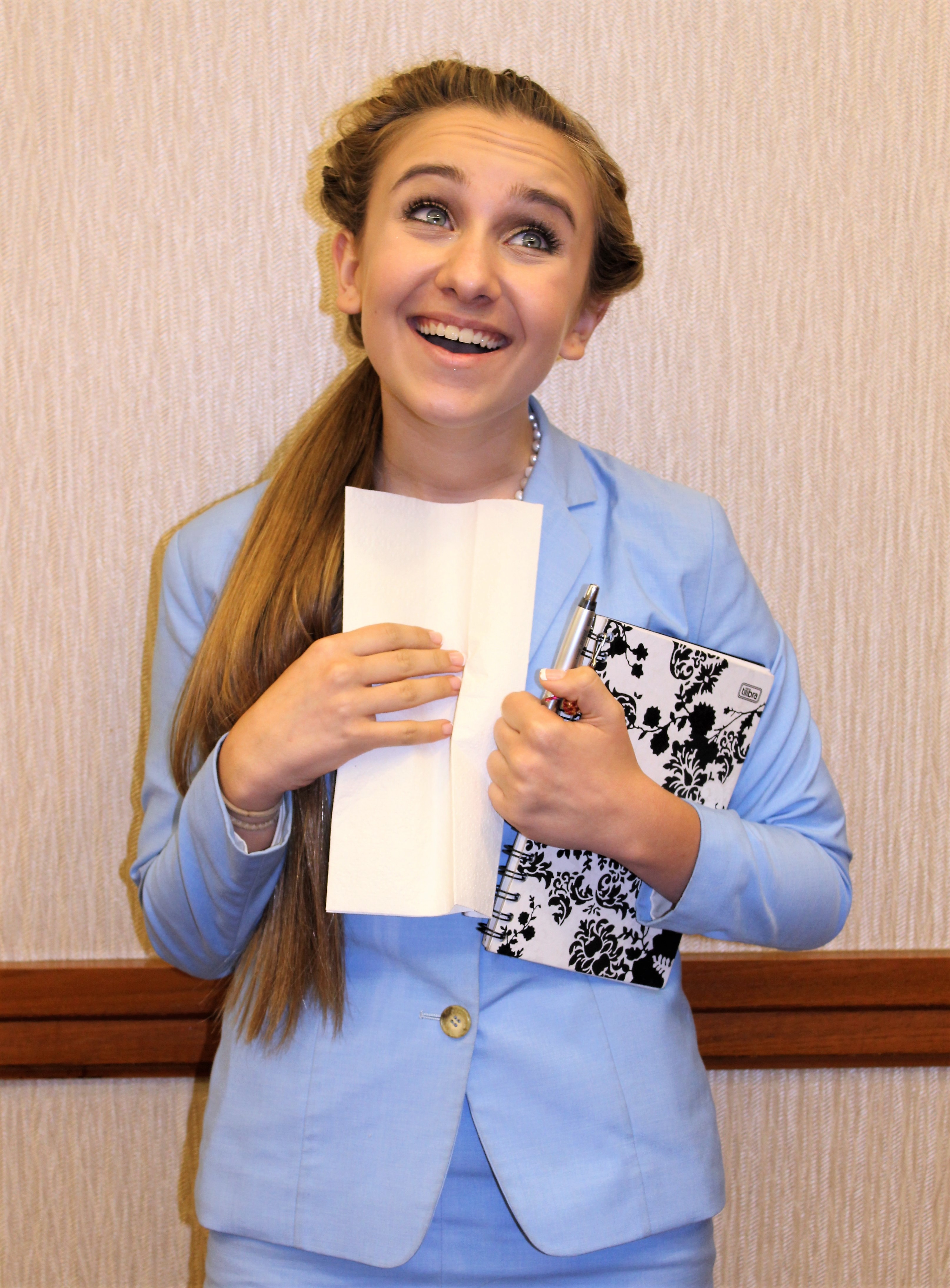