WHITTIER – A love of art and a determination to succeed has brought Frontier High School senior Meiling Clavesilla from the brink of expulsion to the top of her class, with enough credits to graduate one year ahead of schedule.

Clavesilla’s remarkable transformation was recognized by the Whittier Union High School District Board of Trustees, which presented her with an Award of Merit on Nov. 14.

“When I came to Frontier, I was unmotivated,” Clavesilla said. “My counselor, Ms. Kharaud, helped me put my future into perspective. Frontier has been a stepping stone to my future, helping me to succeed. Thank you to all the staff at Frontier.”

Clavesilla’s path to success came after an especially rocky freshman year. After struggling academically, socially and at home, she spent time at Whittier and California high schools before transferring to the Freshman Fresh Start program at Sierra Vista High, all in her first semester.

With her credits lagging in her sophomore year, Clavesilla’s mother recommended she enroll at Frontier High, from which her older brother and sister had graduated. Clavesilla began to apply herself in her studies, eliminating distractions and bad influences, and meeting with Kharaud on a regular basis to ensure she was staying on top of her grades.

By the end of her sophomore year, Clavesilla had doubled her course load, becoming a school leader in the process. Frontier recognized her as a Top Producer and Student of the Term.

“Meiling’s transition to the outstanding student she is today did not happen overnight,” Principal Margie Moriarty said. “It has been our pleasure to watch her transformation at Frontier, which has served as a springboard for the significant changes she has made in her life. I am confident that she now believes she can be successful and I look forward to watching her continue to excel.”

112117_WUHSD_CLAVESILLA1: Meiling Clavesilla, who at one point was on the brink of expulsion, is poised to graduate one year early from Frontier High School. She was recognized with an Award of Merit by the Whittier Union Board of Trustees on Nov. 14. Pictured with Clavesilla are Board Members Leighton Anderson and Jeff Baird, Board Vice President Dr. Ralph Pacheco and President Tim Schneider.

112117_WUHSD_CLAVESILLA2: Frontier High School’s Meiling Clavesilla, pictured with Principal Margie Moriarty, was recognized with an Award of Merit by the Whittier Union Board of Trustees on Nov. 14. 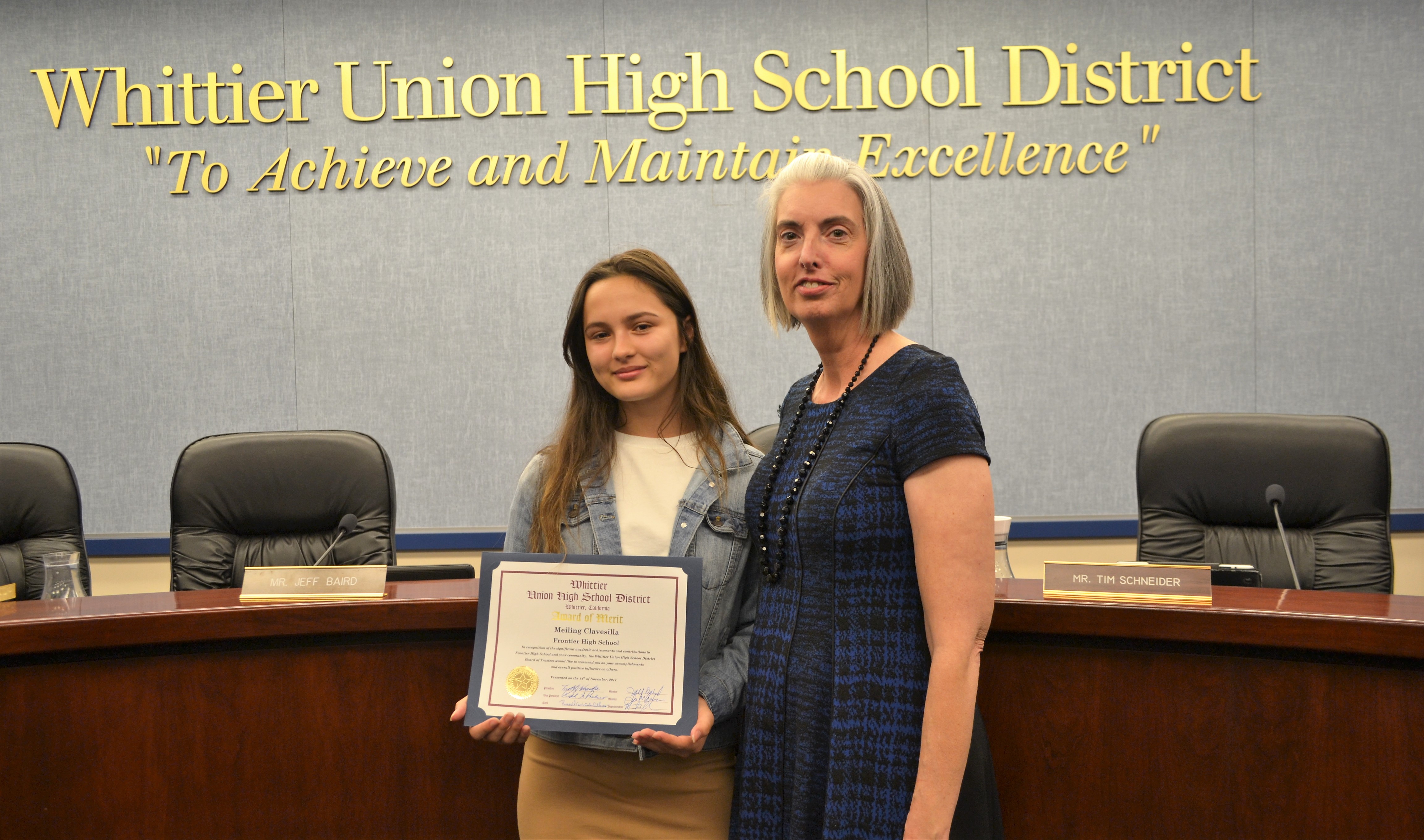 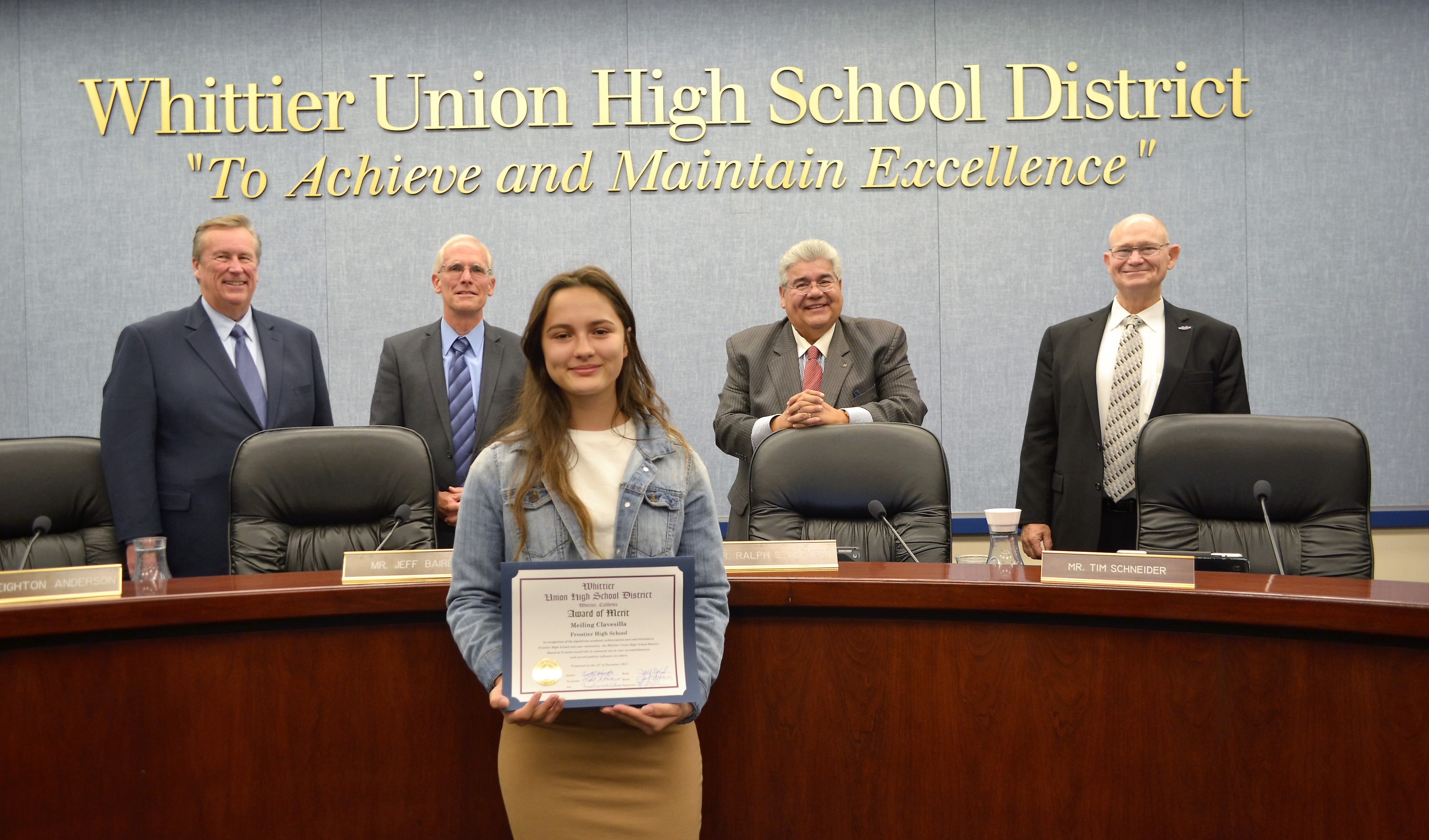