WHITTIER, Calif. – Former Rio Hondo College Roadrunner Pitcher and 2012 Foothill Conference Baseball Player of the Year Andrew Morales is headed to the majors after being drafted by the St. Louis Cardinals.

The right-handed pitcher, who had just completed his senior year at the University of California, Irvine, was called up in the second round of the 2014 Major League Baseball Draft after he led the Anteaters to the College World Series. He received a $546,000 signing bonus.

Morales is ranked fourth in the country with 17 starts and 128 strikeouts. During his tenure at Rio Hondo College, Morales earned the California Community College Baseball Coaches Association All-American and Pitcher of the Year awards, and won All-Foothill Conference first-team accolades in 2011.

“It was unbelievable, actually,” Morales told Sports Illustrated’s Redbird Rants regarding the draft. “[I’m] very blessed to have the opportunity; very thankful that the Cardinals believed in me to pick me in the second round. It was an awesome experience for [me] and for my family.”

Morales attended South Hills High School in West Covina where he was 8-2 on the mound as a senior. He helped guide the team to two league championships and a California Interscholastic Federation (CIF) Division 3 title. At South Hills, Morales also earned All-CIF first-team recognition and was the 2010 All-San Antonio League first-team honoree.

“It’s just very well deserving for a guy who works so hard,” said Rio Hondo College Baseball Coach Mike Salazar. “He was 21-0 his two years at Rio Hondo until the last game, and 10-0 in his first year at UC Irvine. In three years he was 31-1 and during that time, he stood by his sister as she overcame cancer. Through all that adversity, it is very good to see him succeed.”

During his career at Rio Hondo College, Morales made 28 starts and struck out 135 batters in 182 innings. He logged three complete games and a save, and with an ERA of just 2.42, he walked only 42 players his freshman year. By the end of his sophomore year, Morales had walked just 23, earning an ERA of 2.01.

“Andrew Morales follows in the steps of great baseball players who got their start playing at Rio Hondo College,” said Rio Hondo College Superintendent/President Teresa Dreyfuss. “The District is surrounded by great talent and it is an honor that they want to play with the Roadrunners. We are all very proud of Andrew and wish him nothing but the best in his professional baseball career.”

Other notable major league players who got their start at Rio Hondo College include slugger Evan Longoria from the Tampa Bay Rays and pitcher John Urrea, who pitched for the Cardinals and the San Diego Padres in the 1970s and ’80s. 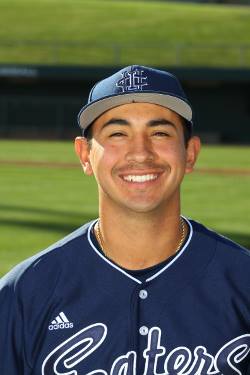