“Thank you to my Garey Vikings!” said Minor, who played nine seasons for the Broncos and was the starting right tackle against the Dallas Cowboys at Super Bowl XII in 1978. “Never give up on your dreams. Stay true to your community. If you believe, you can achieve anything.”

Minor spoke to the students about growing up in Pomona, playing pick-up football games at one of the city’s many parks and looking up to older kids in his neighborhood to help keep him focused while he pursued his dream of playing professional football. Several of Minor’s former Garey High teammates attended the pep rally with him.

“It is important for our students to get an opportunity to meet a man who not only grew up on the same streets and in the same school they did, but accomplished so much along the way,” said Garey High School Principal Stacey Wilkins, a Garey High Class of 1990 alum. “Claudie is a man who has been a success on and off the football field. He is a true role model for Viking students.”

The Super Bowl High School Honor Roll initiative is part of the NFL’s Super Bowl 50 outreach program, which links the past 49 Super Bowls with this year’s game and honors the high schools and communities that have positively impacted the game of football.

Schools across the country will receive a commemorative Wilson Golden Football for each Super Bowl player or head coach who graduated from their school. Nearly 3,000 players and head coaches, and more than 2,000 high schools, will be recognized.

The NFL Foundation will also provide the schools with a new character education curriculum and the opportunity to apply for grants of up to $5,000 to help support and grow their football programs.

“We are grateful to the NFL for recognizing Garey High’s legacy to the world of football and the role Garey’s stellar football program has played in our school community,” said Board of Education President Andrew Wong.

In addition to the Golden Football presentation made during the lunch pep rally, Minor addressed students, parents and community members who attended the Homecoming football game against crosstown rival Ganesha High School.

“Claudie Minor is a bridge between Pomona’s past and present, a man whose core values of pride and determination resonate with those who represent Pomona’s future,” Superintendent Richard Martinez said. “The Golden Football will be displayed with great esteem at Garey High School as a symbol of achievement and conviction.” 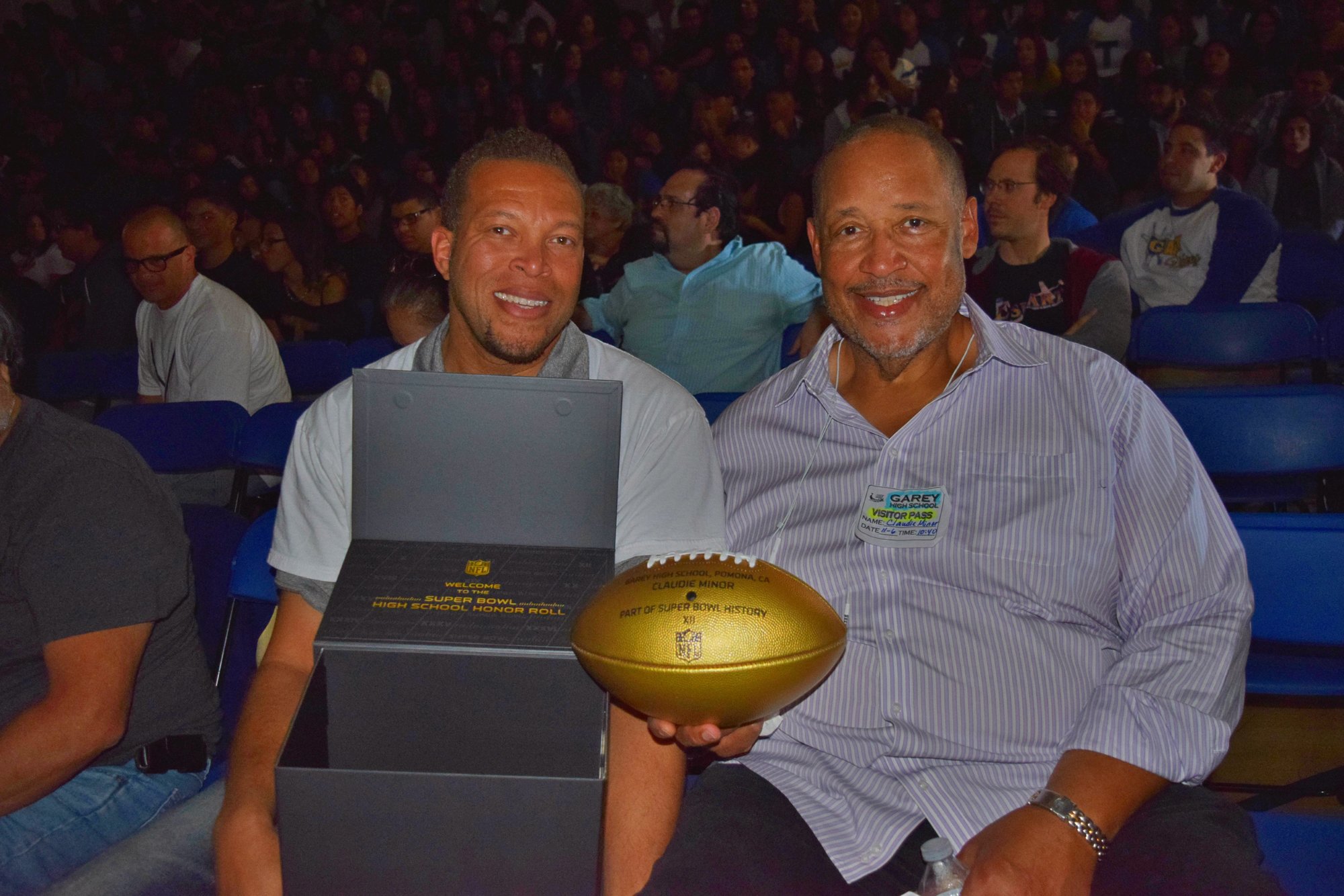 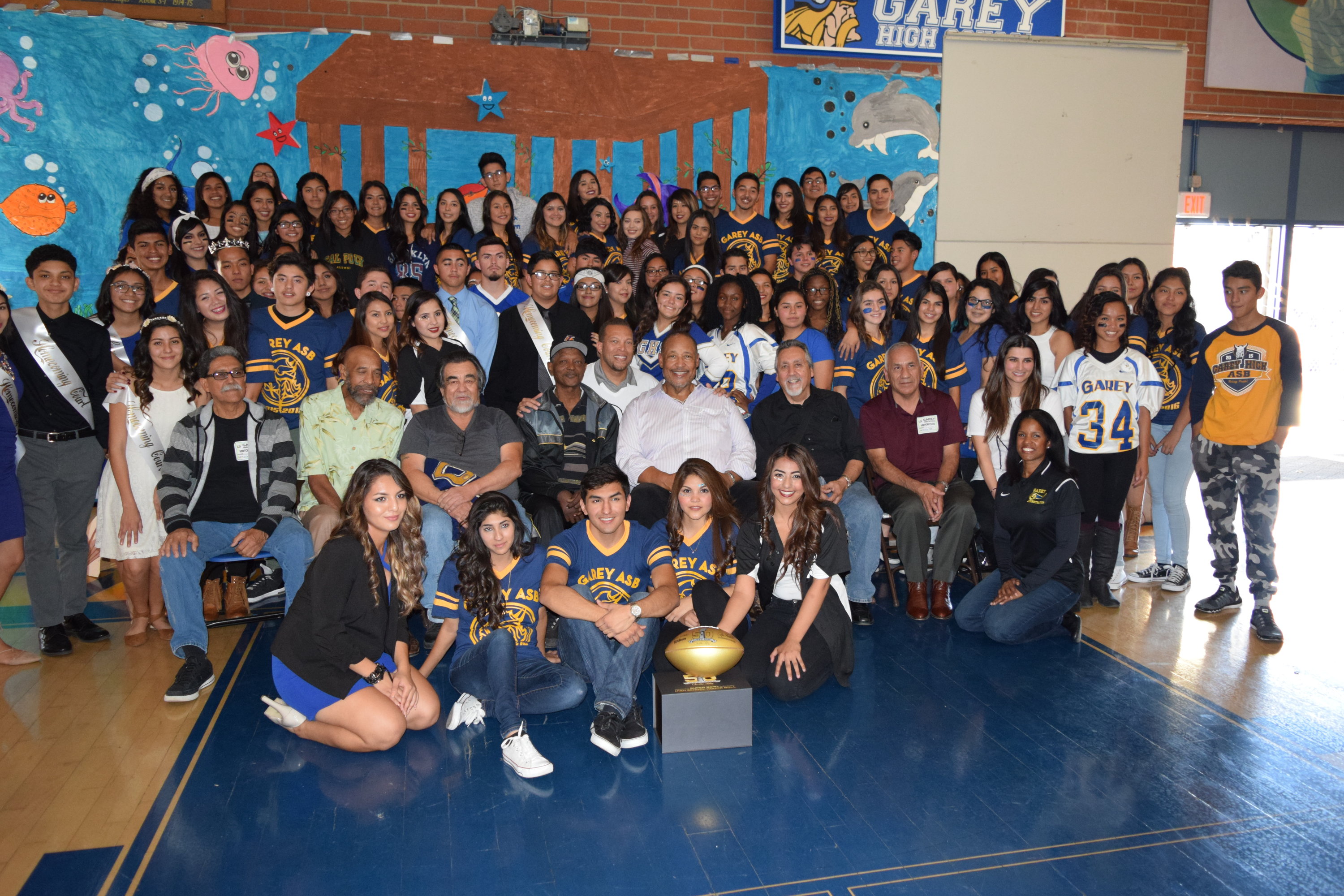