During a keynote address, Superintendent Randal S. Bassett announced the District’s two newest projects to propel the District forward: an innovative secondary school that will feature a museum and community science center; and a 1:1 tech device initiative that ensures every student has access to a laptop or tech device in the classroom.

“One of the things we’ve been talking about are innovative schools serving our community,” Bassett said. “We want to build a community science center that exposes everyone in Fontana to the future and to innovation, to build a secondary school that provides students with the skills of tomorrow and to build a museum honoring the innovative spirit of Fontana and the Inland Empire.”

The District’s new academy, which will be located in northern Fontana and is scheduled to open in 2022-23, will serve seventh- to 12th-graders. The school will feature facilities and tools that encourage students to apply their creativity and knowledge, including a fabrication center, Makerspace, music garden, drone testing area and more.

The 1:1 device initiative will roll out over the next three years and support District efforts to close the achievement gap. Devices are slated to roll out for grades nine through 12 in 2019-20, five through eight in 2020-21 and pre-kindergarten to four in 2021-22.

“Every student will be able to connect from home. We did a survey, and for 75 percent of our students, the only access that they had to the internet was through their parents’ cell phones,” Bassett said. “We are going to go Districtwide … this is a huge initiative, and we’ve been building to this for years.”

FUSD_STATE_DISTRICT: Fontana Unified Superintendent Randal S. Bassett announces new District projects – including a 1:1 device initiative and a new secondary school – during his State of the District address on April 23. 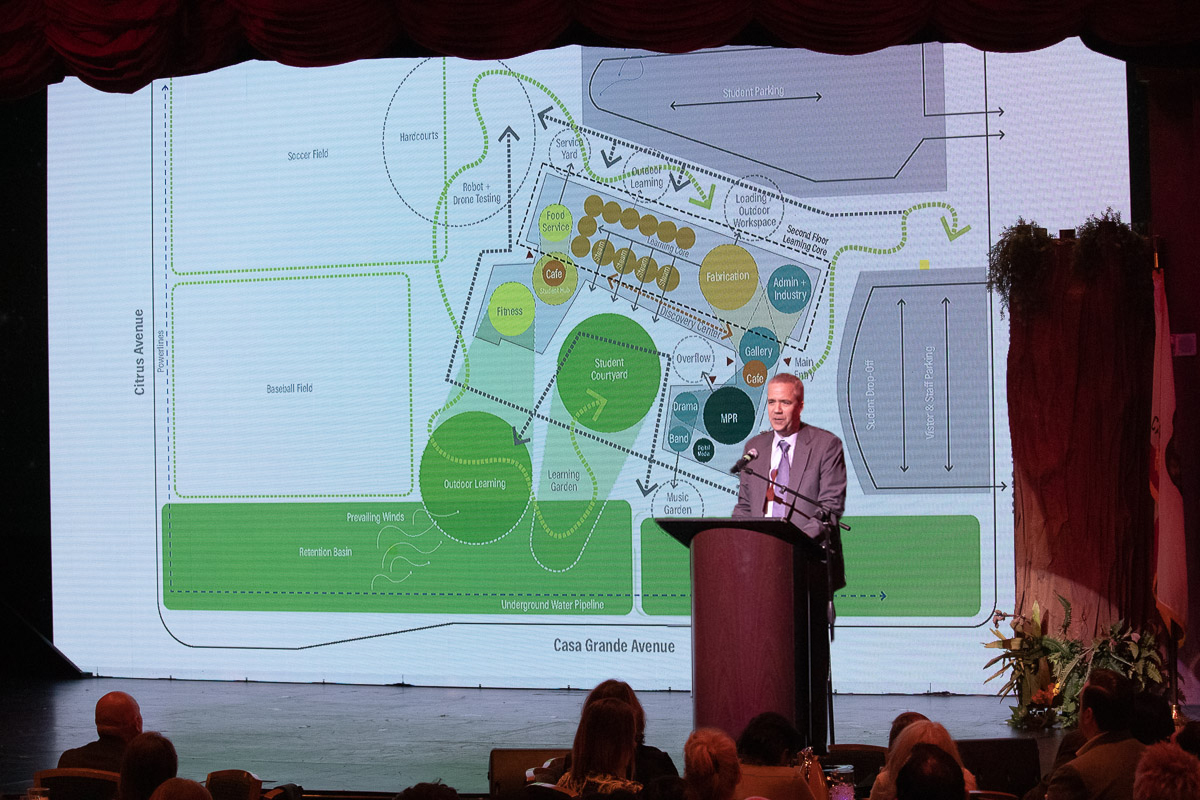