Lynwood – Firebaugh High School Class of 2010 graduate Yvette Reynoso greatly valued the assistance she received from the Lynwood Unified community, admiring the teachers who made a difference in her education. The Gates Millennium scholar and UCLA graduate was determined to forge a path that would lead her back to the neighborhood where she grew up, to inspire others and become a role model.

Reynoso is now entering her second year as a history teacher at Firebaugh High, poised to empower a new generation of Lynwood students to follow their dreams in college and career.

“Yvette Reynoso embodies the true spirit of Lynwood Unified, with an unquenchable thirst for knowledge and the desire to give back to her community,” LUSD Superintendent Dr. Gudiel R. Crosthwaite said. “We are so fortunate to have Yvette back at Firebaugh, where she is now helping us create lifelong learners with the 21st century skills necessary to achieve their highest academic and personal aspirations.”

Firebaugh High opened its doors in 2005 and Reynoso was a member of its second graduating class. Many of the extracurricular clubs she was instrumental in creating are still active, including the Chinese Club, where students practice their Mandarin and immerse themselves in Chinese culture.

Reynoso has reunited with Firebaugh history teacher Jose Ochoa, who was the first to inspire Reynoso’s career course.

“Mr. Ochoa is the primary reason I pursued history as a major, and as a teaching subject,” Reynoso said. “He taught from a variety of perspectives that made it click for me. It’s so rewarding to be a member of the faculty with him now.”

Reynoso, who teaches World History and AP U.S. History, is now colleagues with the same Firebaugh faculty and staff who guided her to a 4.5 GPA and kept her focused on the academic excellence and leadership skills required to earn a Gates Scholarship, which is awarded to only 300 undergraduates a year and covers all incidental costs of attending a four-year university.

After earning her bachelor’s degree in history, Reynoso remained at UCLA to complete a master’s degree in education. Her achievements have made a great impression on her students.

“I want my students to understand that they can achieve anything if they are willing to put forth the effort,” Reynoso said. “It’s made a big difference in my classroom. My students are proud to say they are from Lynwood, and they should be. This is a community that means so much to me, because the spirit of giving is everywhere.”

That spirit was evident during Reynoso’s days at UCLA, when she first returned to the District as an AVID tutor for Lynwood High. Reynoso came in three days a week to work with a small group of students, assessing their needs, answering questions and ensuring the students were making progress in their studies.

“I could not be prouder of Yvette Reynoso and what she has been able to accomplish as a Firebaugh student, alumna and now as teacher,” LUSD Board President Alma-Delia Renteria said. “Yvette is an inspiration and a role model for all Lynwood Unified students. You can come home again, and we are so happy Yvette has.”

091817_LUSD_FORMERSTUDENT1: Firebaugh High School history teacher Yvette Reynoso is a 2010 graduate who has returned to Lynwood to impart the lessons she learned as a student.

091817_LUSD_FORMERSTUDENT2: Yvette Reynoso carried a 4.5 GPA as a Firebaugh High School student before attending UCLA and ultimately returning to Firebaugh to teach history. 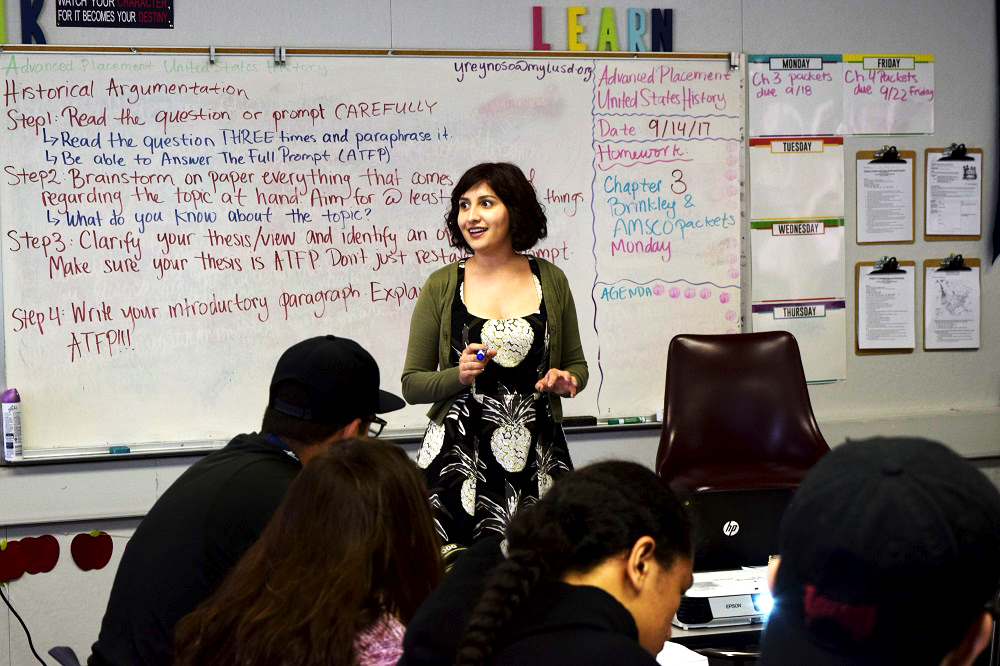 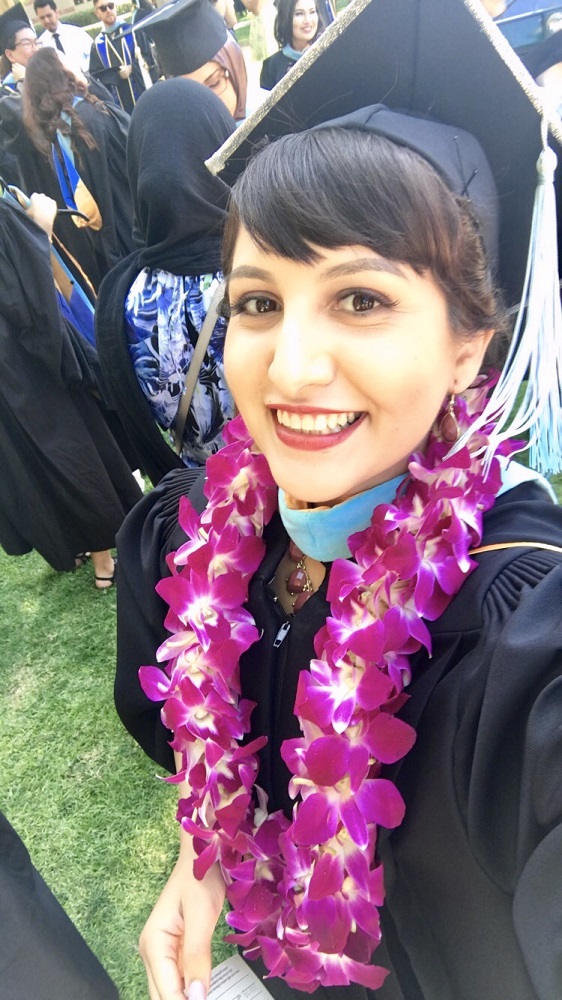