EL MONTE – Arroyo High School senior Michael Nguyen is making waves at El Monte Union High School District as one of 16,000 students across the nation to be named a National Merit Scholarship semifinalist for 2018. The distinction places him in an elite group of students who make up less than 1 percent of seniors who received the highest scores in their state.

“I was shocked that I was named a semifinalist,” said Nguyen, who scored a nearly perfect 1490 on his PSAT. “This is a major accomplishment for me and for my family and I’m glad to represent Arroyo High School at such a prestigious level.”

The National Merit Scholarship Corp. will announce the 2,500 recipients of the esteemed $2,500 scholarship starting in March.

“Michael is a more than just an extraordinary student – he is a school leader and humanitarian,” Arroyo High Principal Angelita Gonzales-Hernandez said. “Michael’s boundless energy and creativity have brought positive change to Arroyo, and there is no limit to what he can achieve in his higher education and career.”

Nguyen, who holds a 4.34 GPA, is a member of the California Scholarship Federation, the National Honor Society and Speech and Debate. Equally motivated by science and the humanities, Nguyen has used his knowledge and passion as a bridge to perform service projects for Arroyo and the El Monte community.

He is a member of the campus Key Club, which raised $400 during an AIDS Walk Los Angeles fundraiser on Oct. 15. As part of Key Club, Nguyen has also joined the Amigos de los Rios Emerald Necklace Coalition, working collaboratively with volunteers from 37 southern California agencies to preserve the Los Angeles and San Gabriel Rivers, creating open space and restoring native habitats.
Displaying his computer coding skills, Nguyen developed an attendance app for Key Club that is now used by several Arroyo High clubs.

“Arroyo High is a perfect school for me – it challenges me academically and provides many opportunities for outreach,” he said. “I would like to thank my teachers and my counselor for all the hard work they do to help me achieve my potential.”

Nguyen has applied to several elite universities and hopes to have a choice between the rigor of MIT and Stanford and the liberal arts curriculum of Brown.

“I want to congratulate Michael for this remarkable achievement and for being an inspirational figure to his classmates, teachers and fellow community members,” Superintendent Dr. Edward Zuniga said. “After years of dedicated study and community outreach, Michael’s hard work has paid off and we have Arroyo High’s teachers and staff to thank. They have provided Michael and every other student at Arroyo the academic environment in which to thrive and the encouragement to follow their dreams.”

102317_EMUHSD_MERITSCHOLAR: Arroyo High School senior Michael Nguyen has been selected as a National Merit Scholarship semifinalist for 2018, a distinction that places him in an elite group of students who make up less than one percent of seniors who received the highest scores in the state. 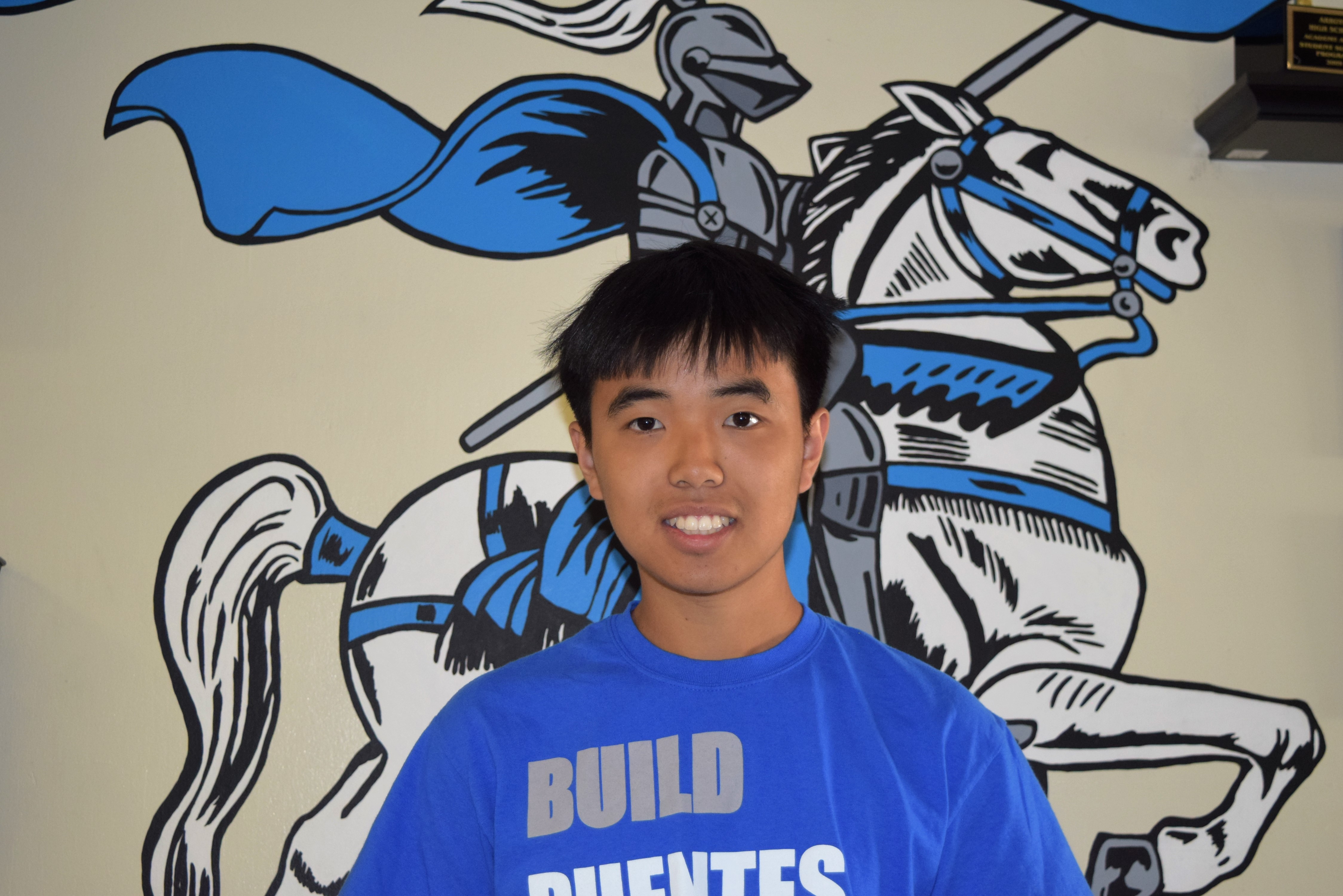