EL MONTE – Rosemead High School senior Alec Nguyen – an accomplished track and field athlete with a 4.45 weighted GPA – will study chemical engineering this fall at the Massachusetts Institute of Technology (MIT) after earning a Gates Scholarship, an all-expenses-paid scholarship given to just 300 high-achieving minority students in the nation.

Nguyen – the son of a Vietnamese immigrant who attributes his academic and personal success to the resiliency and hardworking values instilled by his mother – was chosen from more than 28,700 applicants competing for the inaugural scholarship, offered by the Bill and Melinda Gates Foundation.

“I remember opening my email and scrolling down to see the email from the Gates Scholarship program, and the first word that I saw was ‘Congratulations,’” Nguyen said. “In that instant, a feeling of great euphoria rushed through me. Winning the Gates Scholarship represents the end of a journey and a new start to another one.”

The Gates Scholarship, which will be given to 3,000 minority high school seniors over the next decade, helps exceptional seniors attain their dream of attending four-year universities and earning an undergraduate degree.

The program will fund the full cost of college not already covered by other financial aid and the expected family contribution determined by the Free Application for Federal Student Aid (FAFSA). Students will also be provided with academic and social support, mentoring and leadership training opportunities.

“This scholarship has helped me prove to myself and others that you can achieve whatever you set your heart and mind to,” Nguyen said. “I worked so hard in high school and to have it all culminate in this scholarship, along with being accepted to my dream school, is almost too much for me to believe.”

Nguyen, who has taken more than a dozen Advanced Placement courses at the El Monte Union high school, plans to major in chemical engineering at MIT – ranked among the world’s top universities.

“My experience volunteering at the San Gabriel Salvation Army Learning Center taught me that even the smallest deeds and actions can make an impact on someone’s life,” Nguyen said.

Nguyen credits his mother – who immigrated to the United States at the end of the Vietnam War knowing very little English and having no exposure to Western culture – as his inspiration to succeed.

“My mother has seriously influenced the way I act and think for the better, and without her I don’t think I would be half the person that I am today,” he said.

On campus, Nguyen has competed on Rosemead’s cross country and track and field teams, serving as team captain for both sports during his senior year. He has also been active in numerous clubs and organizations, serving in roles that include California Scholarship Federation president, Engineering Club treasurer and a member of GATE, the National Honor Society and the Science Olympiad team.

“As a brilliant student and dedicated community member, Alec has positioned himself to become a leader who is ready to contribute positive things to our world. We are so proud of his accomplishments,” Principal Dr. Brian Bristol said. “Landing this impressive scholarship to attend one of the most prestigious universities in the world speaks volumes about Alec’s character and the education he has received while at Rosemead High School.”

051418_EMUHSD_RHSGATES: Rosemead High School senior Alec Nguyen is one of 300 students across the nation selected for a Gates scholarship, which will fund his expenses to attend the Massachusetts Institute of Technology (MIT), ranked among the top universities in the world. 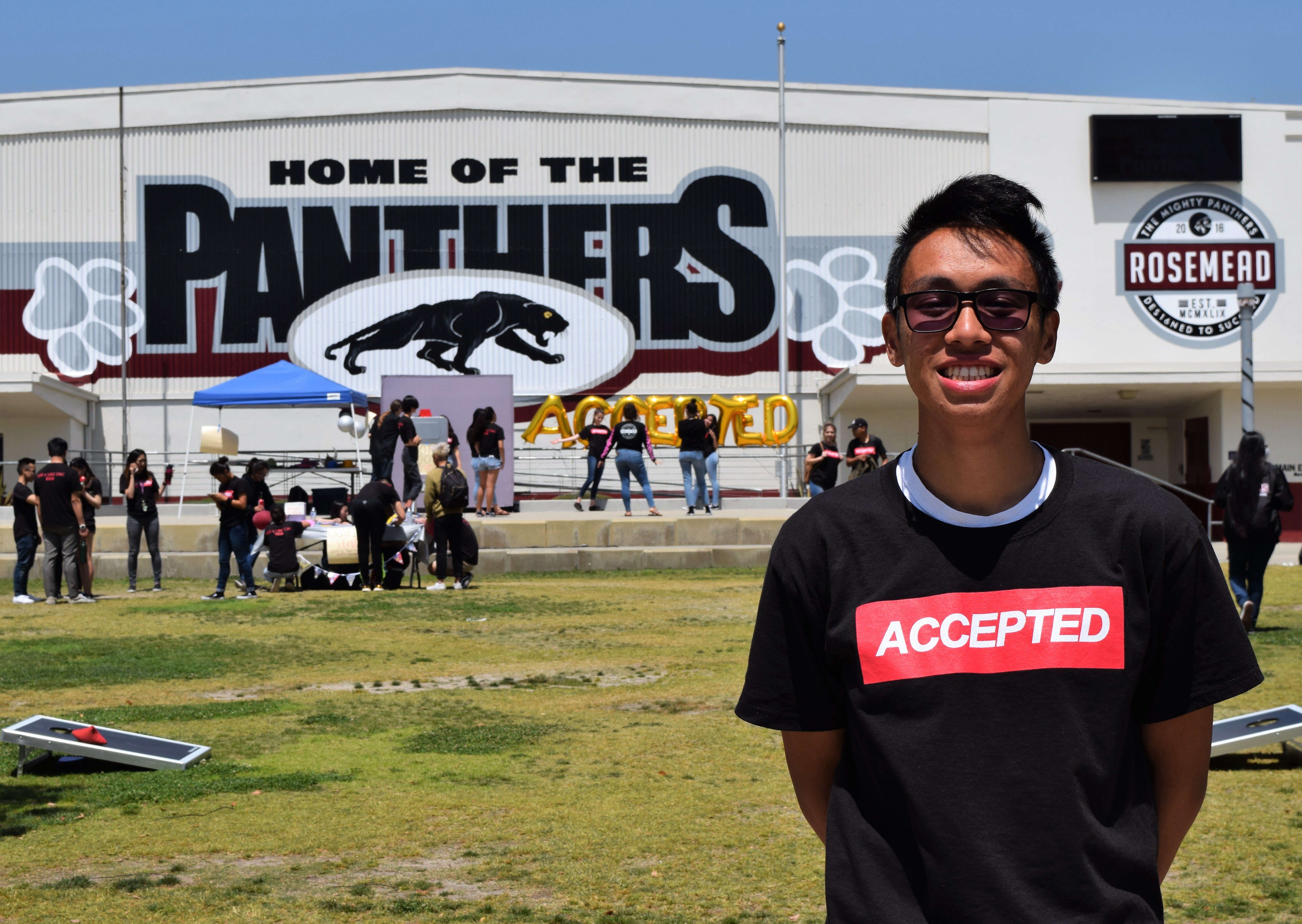