EL MONTE – El Monte High School on Aug. 31 officially marked the beginning of major renovations to its high school stadium with a celebratory groundbreaking that included dozens of students and community members who beamed with excitement as they heard plans on the athletic facility’s upgrades.

The $6.6 million renovation project, expected to be complete by May 2018, is being funded by proceeds generated by the $148 million Measure D bond approved by voters in November 2008 to modernize El Monte Union’s classrooms, upgrade buildings and enhance athletic facilities.

Stadium renovations include adding a snack bar, restrooms and three sets of bleachers that will seat more than 2,000 spectators. The site will also receive new fencing, landscaping, a gate entrance and ticket booth.

“El Monte High School has a proud 100-plus year history in this community, and it’s been an important focus for us to provide our students with state-of-the-art athletic facilities, as well as provide a venue that our El Monte Union families can enjoy,” El Monte Union High School District Board of Trustees President Carlos Salcedo said. “I want to thank the community and our students for their support and our administrative team for its leadership. It’s exciting to get a shovel in the ground and get this project going.”

El Monte High School’s stadium bleachers will feature a home stand for 1,173 spectators, a visitor’s stand for 824 guests and a section to seat up to 114 band members and cheer leaders.

Students from the school’s soccer and football teams said they are looking forward to the project’s completion and the opportunity to play home games on the enhanced site.

“Nothing beats the feeling of playing at home, especially in El Monte under those Friday night lights,” football player Abel Ochoa said.

Soccer player Omar Olvera said he was eager to play in the new stadium along with his teammates.

“I’m looking forward to entering the field and seeing the newly built bleachers, and I’m excited to graduate with my family and friends cheering from the bleachers,” Olvera said.

Superintendent Dr. Edward Zuniga, an El Monte High School class of 1991 graduate and former football player, said the project has been a long time coming and speaks to the District’s commitment to provide students an environment in which they can thrive as students and as student-athletes.

“This completes the package – our students and community will enjoy a beautiful stadium adjacent to the collegiate atmosphere in which our students are learning,” Zuniga said. “We’ve dreamed about bringing this facility to fruition for a long time and I’m excited to cheer our students on from the sidelines.”

The District will hold a ribbon-cutting ceremony for a recently completed snack bar and Field House at South El Monte High School at 5 p.m. Monday, Sept. 18.

090507_EMUHSD_BLEACHERS2: El Monte High School’s $6.6 million in stadium upgrades includes snack bar, restrooms and three sets of bleachers that will seat more than 2,000 spectators. The project is expected to be completed in May 2018. It is being funded by proceeds generated by the $148 million Measure D bond. 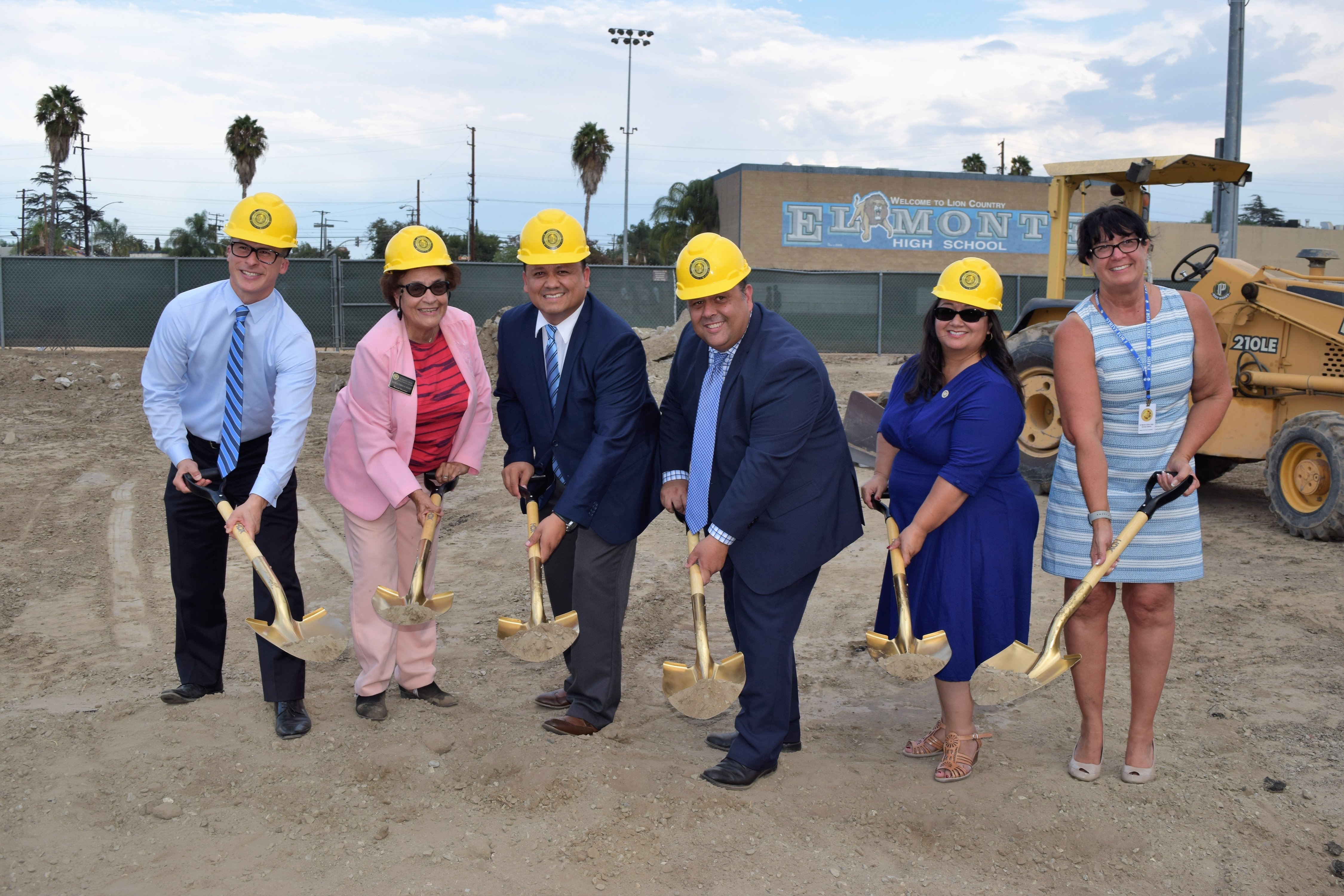