EL MONTE – El Monte City School District choir students harmonized popular tunes such as “Blue Moon” and “What a Wonderful World” during the District’s inaugural Choral Festival, earning them cheers and applause from hundreds of parents, friends and community members.

The festival, held in the El Monte High School auditorium on Oct. 23, and featured choirs from all 14 schools.

“I am so proud of my daughter,” said Rigoberto Carrillo, parent of Columbia School student Angela Carrillo. “She’s been practicing for months and seeing her perform on stage is amazing.”

“It was wonderful to see all my students up on stage, in front of such a big audience. For many, this was their first experience performing in front of so many people,” Williams said. “The choral program allows us to nurture that love and help students grow and perfect their vocal skills.”

The event opened with the elementary-level choirs performing the traditional African song “Funga Alafia,” while the middle school-level choirs sang an array of music genres from different time periods.

Potrero School eighth-grader Emily Rojas said she loved performing in front of her friends and family and that participating in choir has made her consider a career as a singer or music teacher.

“I loved how it felt being up on stage and seeing the crowd cheer for me and the other performers,” Rojas said. “It made me feel very proud.” 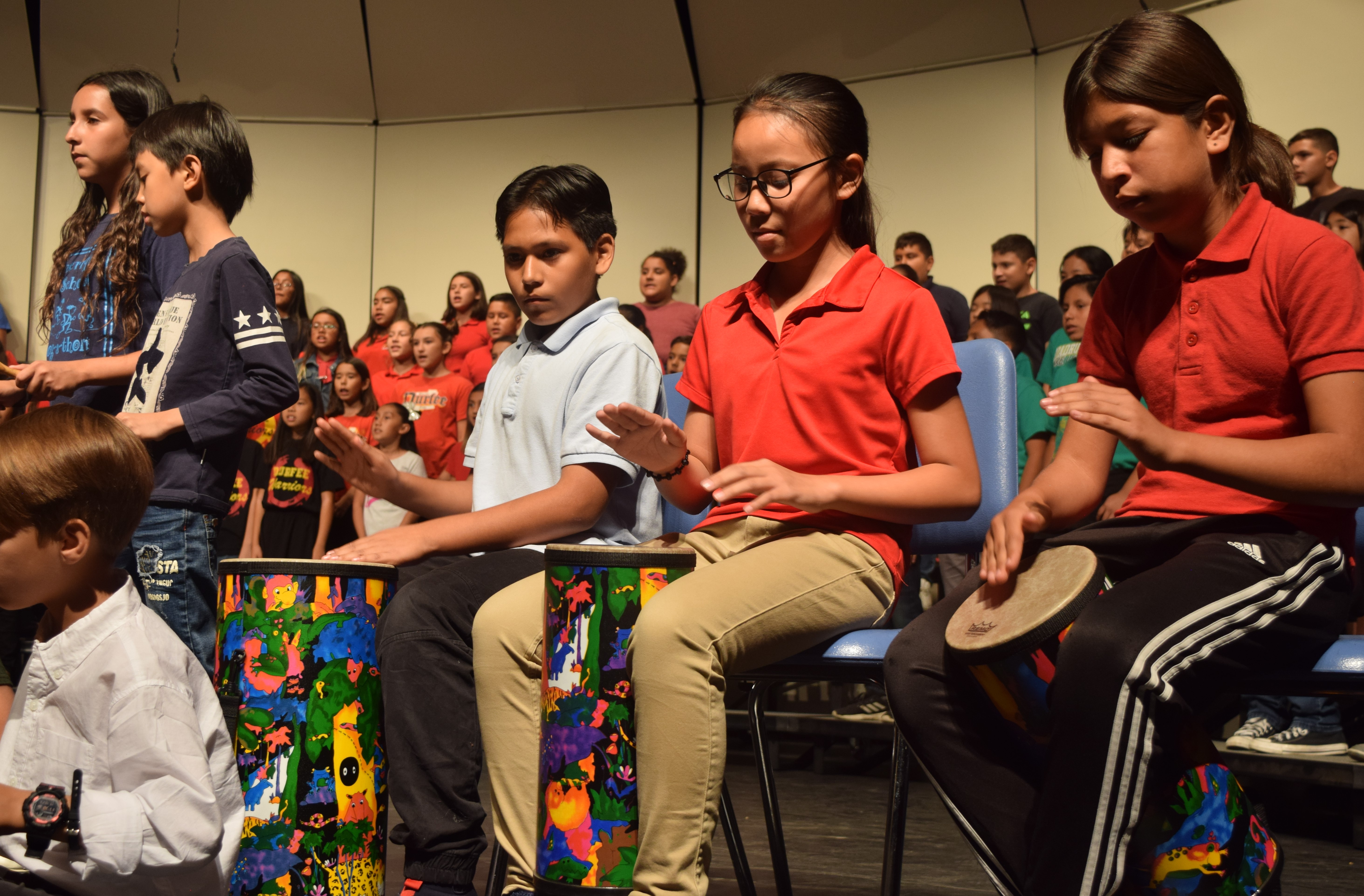 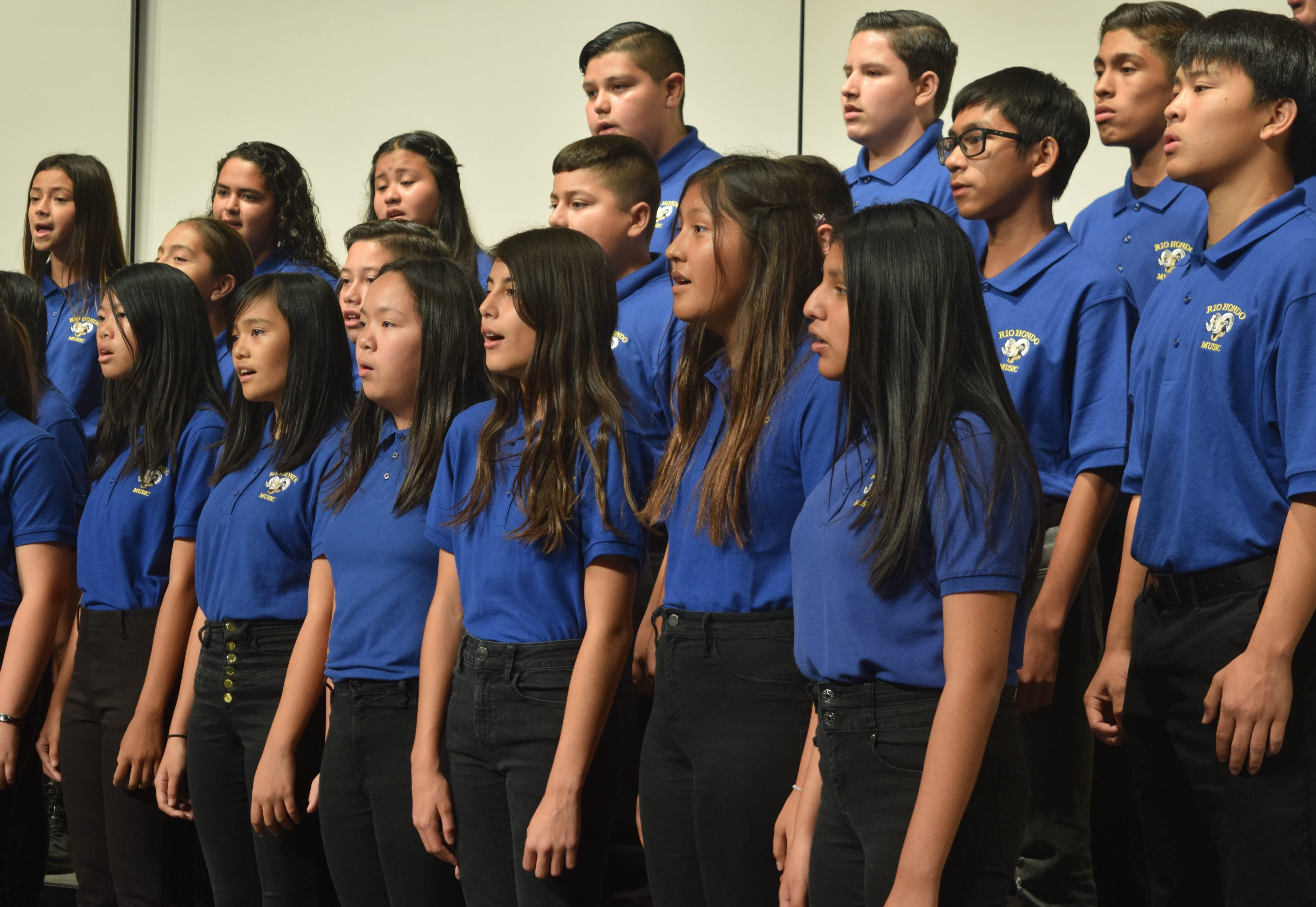