El Monte City School District welcomed new and returning students to its 14 campuses for the first day of its 2020-21 school year on Aug. 20. Students and teachers shared their joy in returning to class as they adjusted to distance learning and virtual classrooms. With an emphasis on tech, new programs, health and safety – including its first Mandarin dual-language immersion class at New Lexington School – the District has provided every student with a tech device for home use, will stay connected with parents through the ParentSquare mobile app and has adopted a meal plan that ensures every student will receive five days of meals throughout the distance learning period.

El Monte City School District has provided a video overview of its 2020-21 Distance Learning Plan, which combines modern technology with innovative teaching practices to deliver a rich and rigorous instructional program for students in transitional kindergarten through eighth grade. The video provides a look at sample schedules and re-affirms the District's pledge to provide technological tools for all students.

El Monte City School District is welcoming families to ParentSquare, a smartphone app that will keep parents more connected than ever to their children’s teachers, schools and District news. ParentSquare includes alerts, tools for confirming participation in conferences and events and the ability to respond to teachers and administrators. Families can customize the app to receive information in the formats they prefer.

El Monte City School District will launch a Mandarin Dual Language (DLI) program at New Lexington School when the 2020-21 school year begins Thursday, Aug. 20, offering students the opportunity to gain intercultural understanding and develop biliteracy in English and Mandarin. The program will launch with an inaugural kindergarten class and build upon the success of El Monte City’s Spanish DLI program.

El Monte City School District is engaging more than 1,000 students in a trio of summer learning programs that offer customized instruction in topics ranging from musical theater and journalism to American Sign Language and art from the Getty. Programs include its primary Summer Academy – a virtual school engaging 985 students in transitional kindergarten through grade seven – as well as an advanced math academy offered to 84 students in partnership with Río Hondo College and courses in robotics funded by a grant from California Community Foundation in partnership with the Los Angeles County Office of Education. 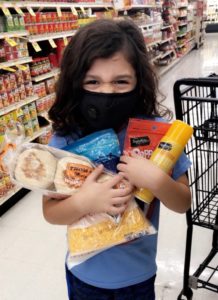 El Monte School District has added a third summer offering for local students – a LEGO Machines and Mechanisms Summer Camp. The camp, announced on June 22, quickly filled all 60 available spaces. Students in grades two through six will attend online courses Mondays, Wednesdays and Fridays from July 6-24. In addition to the LEGO camp, El Monte City School District is offering its own online summer school and a summer math program in partnership with Río Hondo College.