One major update is the Spike Prime coding language, an easy-to-use tool similar to Scratch programming that has been created for students in sixth through eighth grades.

“I think it’s interesting to get to code and test out these robots that no one else has access to yet,” Aviles said. “It’s really great that Lego is bringing these robots to our schools because they help us learn and they’re recreational.”

The Lego Spike Prime robotic kits will be introduced into the District’s Lego Robotics program in February 2020.

EMCSD_LEGOSPIKE: Rio Vista School sixth-graders Mikayla DeLaTorre (right) and Genesis Gutierrez assembly a Lego Spike Prime robot and code it to move with touch sensors during a demonstration on Nov. 7. The demonstration is a sneak peek of a robot that will be available through El Monte City School District’s Lego Robotics program in 2020. 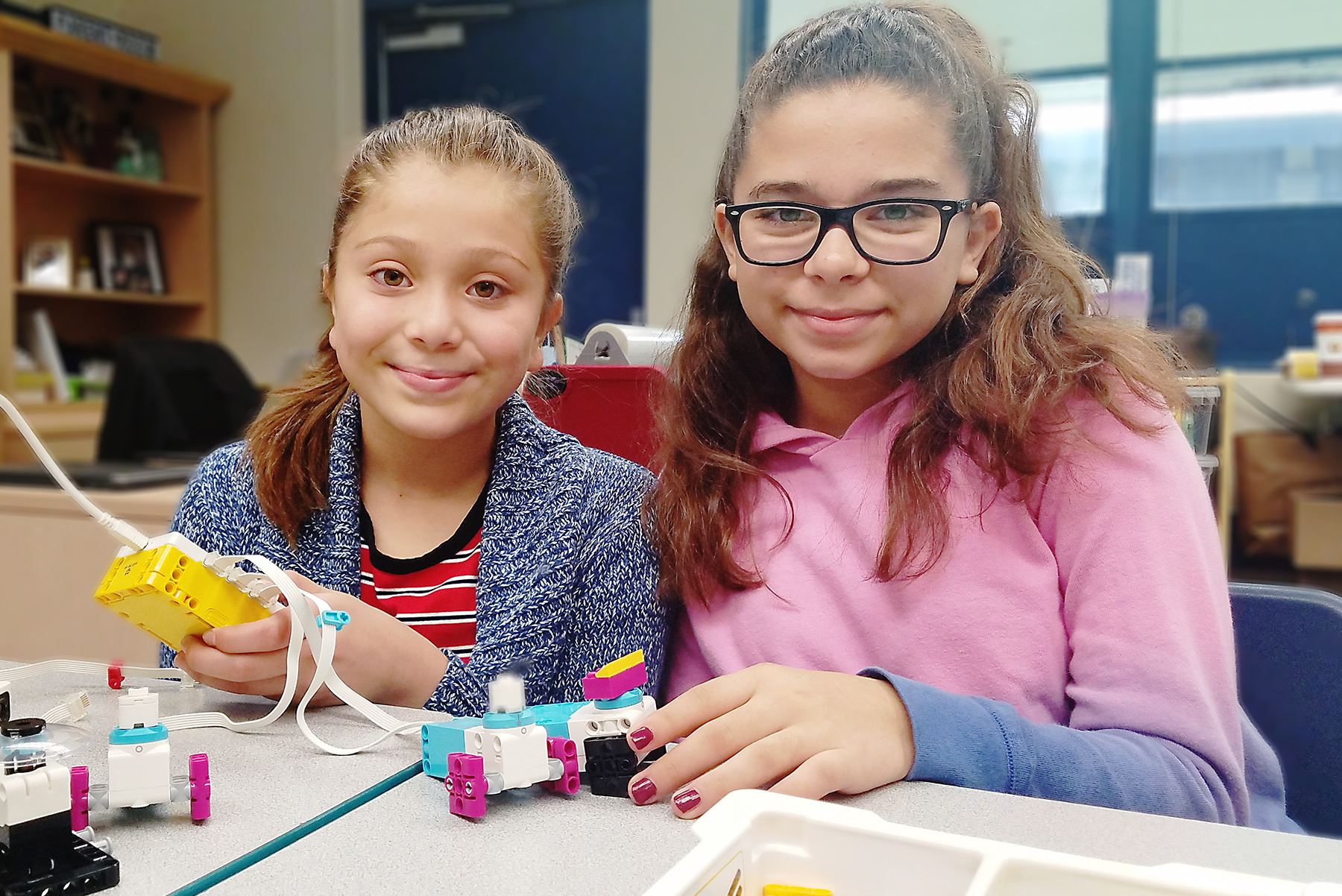