EL MONTE – Gidley School award winning orator seventh-grader Lauren Tran said she drew her inspiration from her father’s journey to America as a Vietnam War refugee for her speech at the District’s fourth annual speech competition.

Students were judged on a written essay and the ability to present their arguments to a crowd of more than 200 parents, faculty and peers on April 15 at El Monte High School.

“I used my father’s experiences as a refugee because his life was riddled with conflict as he escaped Vietnam War, threats from pirates and poverty to gain his freedom,” Tran said. “All of those experiences shaped who he is and that taught me that conflict is essential to our lives.”

Teacher Kari McMullin, who organized the event, said the 26 participants were chosen after each school held its own speech competition. McMullin said the competition is the result of six months of work, since students started working on their essays in October.

“It never ceases to amaze me how articulate and self-assured our sixth-, seventh- and eighth-graders are because public speaking is one of the top five biggest stress inducers in life,” McMullin said. “I’m very proud of our students for how well they comport themselves and how well they communicated their arguments to the audience.”

Potrero School sixth-grader Tuan Bui, who tied for first place in the sixth-grade division, said the competition helped him reflect on his life and the conflicts he faced leaving Vietnam for Missouri, learning English and leaving his friends behind when he moved to El Monte.

“The District’s speech competition is a perfect example of an event that benefits our students by improving their communication skills and ability to form logical arguments, which will be invaluable as they enter high school, college and the job market,” Superintendent Dr. Maribel Garcia said. “Congratulations to all of our winners and participants, we are very proud of the work you’ve done putting these essays and speeches together.” 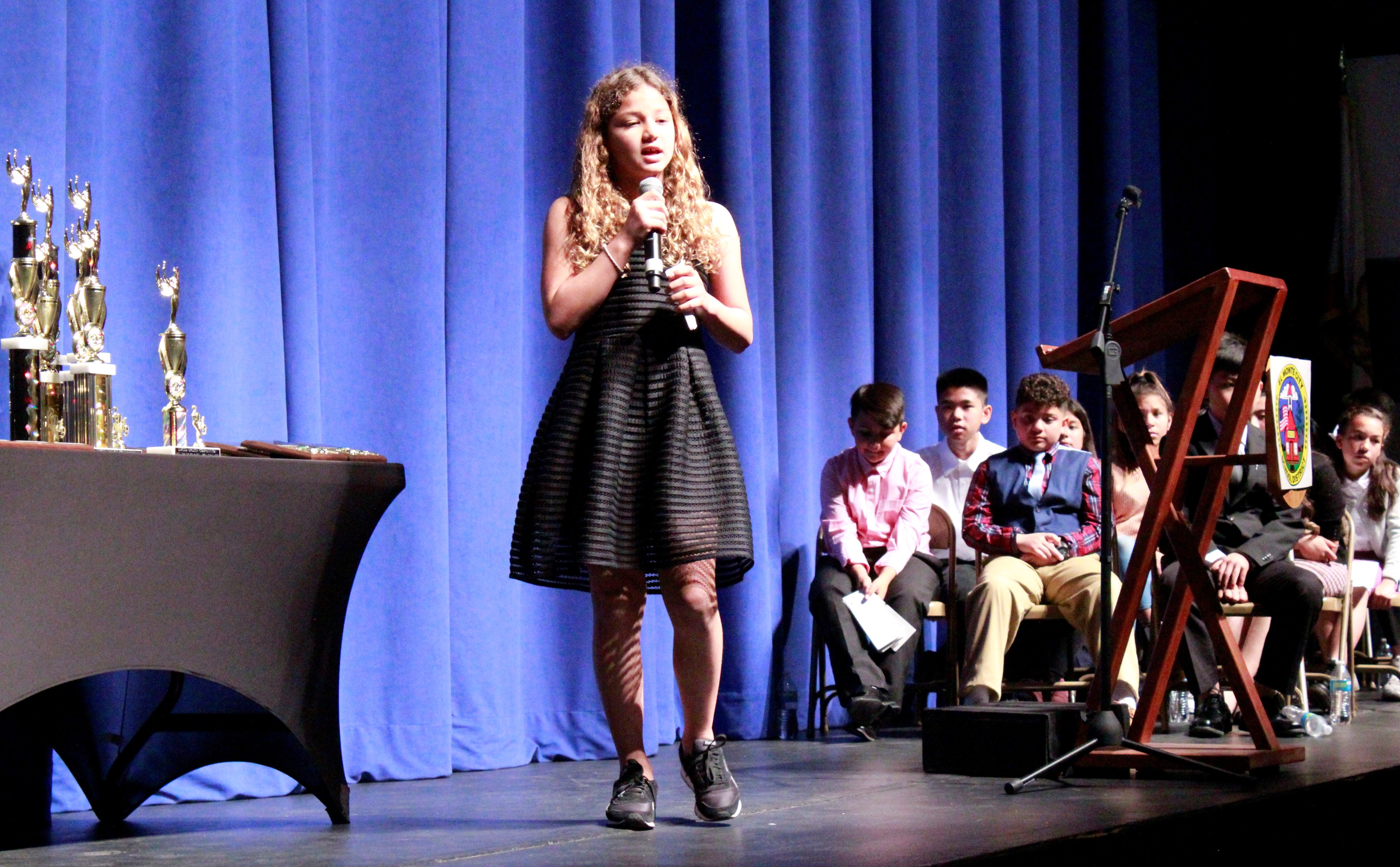