EL MONTE – LeGore School fourth-grader Juan Joshua Ortiz said playing Mr. Darling in his school’s version of “Peter Pan Jr.” was transformative and exciting because it allowed him to alter his quiet demeanor into a booming, no-nonsense patriarch.

“It’s like I’m living a whole other life,” Ortiz said. “When I’m myself, I’m normal. But when I’m Mr. Darling, it’s a whole different story. It’s like I’m putting on a difference face.”

LeGore School staged three performances of “Peter Pan Jr.” on May 24 to the delight of parents, community members and teachers, as students crowded the school’s multipurpose room dressed as colorful characters such as mermaids, pirates and pixies.

Music Teacher Jesse Jackson said her students matured during their months of practice by learning their lines and taking each practice seriously. Jackson said the program encourages social-emotional growth and enhanced creativity, which can lead to stronger academic performance.

“The most exciting aspect of our play is seeing the growth in our students,” Jackson said. “We had so many shy students that blossomed into boisterous, excitable and responsible little actors.”

The District’s next play will be a performance of “The Jungle Book” at Cortada School at 8:30 a.m. Thursday, May 30. 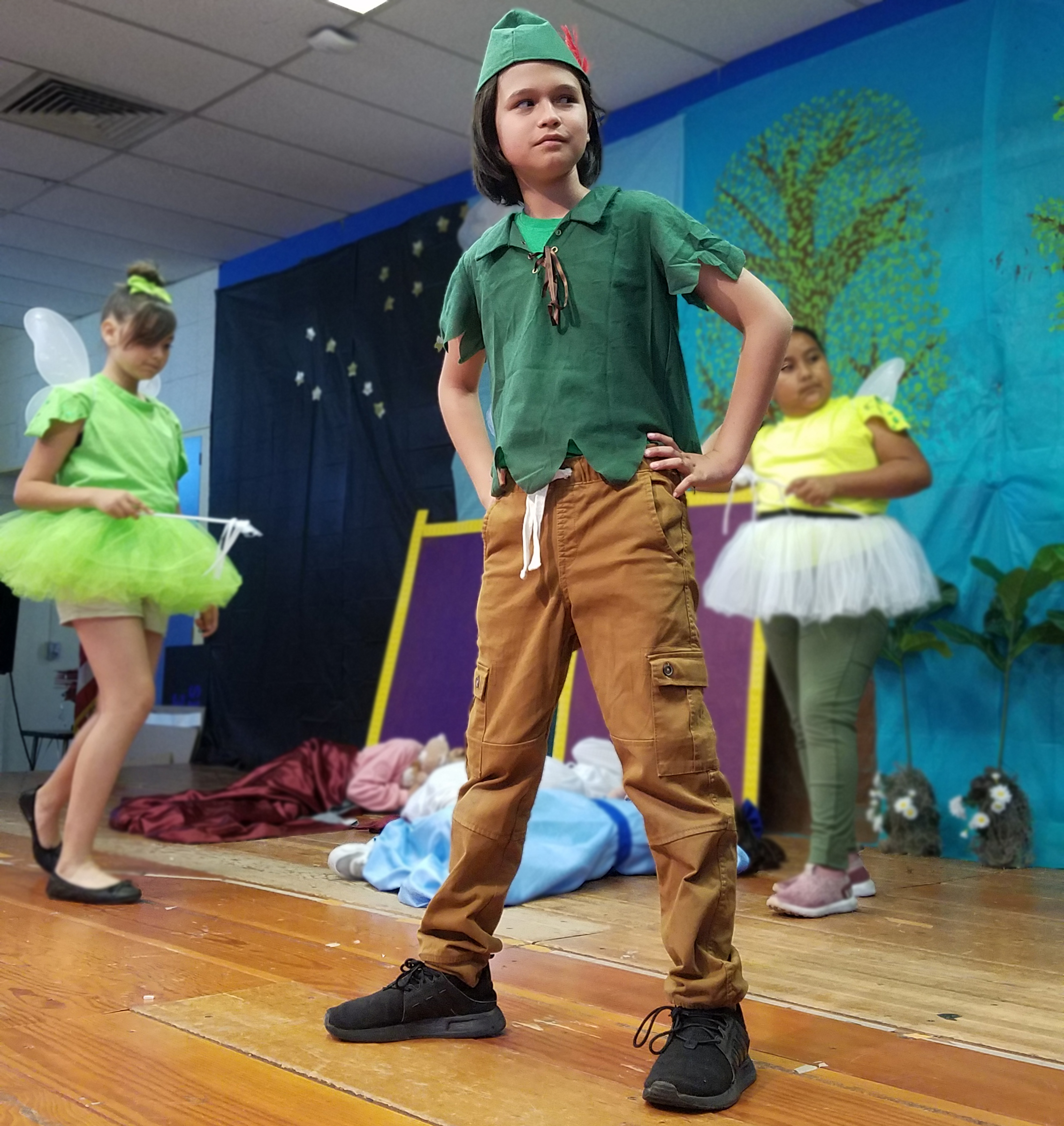