Coming into the game, the Vikings were experiencing one of Northview’s most successful seasons in years, winning the CIF Southern Section (CIF-SS) Division 10 Championship title for the first time since 1987 and the school’s first CIF-SS Division 4-A regional championship.

For Vikings head football coach Marcel Perez, this team was something special.

“We didn’t know what kind of season we were going to have coming off of COVID-19 and school closures,” Perez said. “Our offensive coordinator Anthony Silva did a great job of putting the pieces together and making our offense a run-heavy strong offense, and our defense flew around and made plays all day. It just became a great combination.”

Although the Vikings played formidably against their opponent – the Sacred Heart Cathedral Fighting Irish – they lost the game 48-29.

“We’ve been working hard for decades to make the championship,” Northview High junior and varsity football captain James Arellanes said. “It’s been a long time since we’ve won a CIF title, and to make it as far as we did means a lot to everyone in this community.”

With the successful season Northview had this year, the team has brought a greater spotlight on the school’s football program. Coach Perez hopes future athletes continue to work hard and carry on the legacy of this team.
“A big congratulations to Marcel Perez and our Northview football team for their incredible season,” Northview High Principal Dr. Ryan Parry said. “This is a great accomplishment on our students’ behalf and for our school. I’m excited to see where the team goes from here.”

CVUSD_NORTHVIEW_FOOTBALL: The Northview High School varsity football team celebrates their victory against Colony High School at the CIF-SS Division 4-A Regional Championship on Dec. 4, advancing them to the state championship game on Dec. 11, 2021. 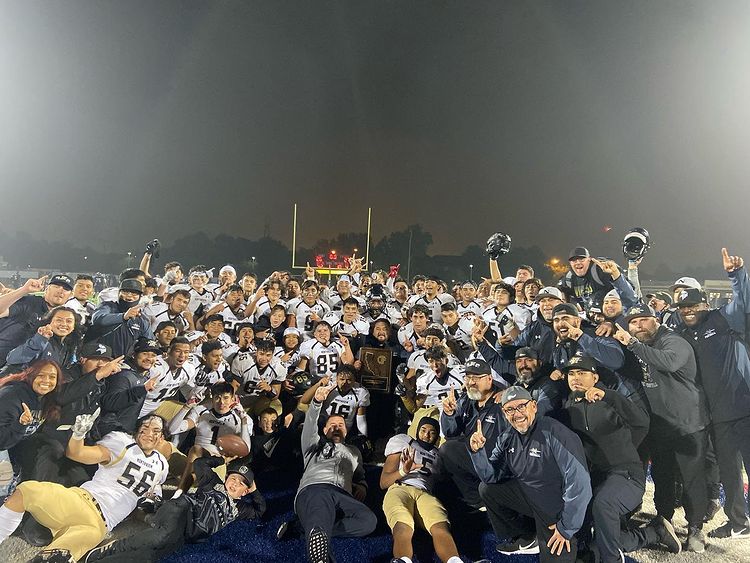