A small group of Corvallis Middle School students looked on in fascination as an FBI special agent showed off the protective gear he uses while in the field, including night vision goggles and a bulletproof vest. It may a dangerous job, but one that a Corvallis student may choose to pursue in the future.

The agent was one of three dozen guest speakers to lead sessions students could choose to attend during Corvallis’ annual Career Day on Friday, Feb. 26. The event afforded more than 700 students a sneak peek at vocations they may consider in the future. On hand were a Grammy Award-winning musician, a soccer coach, a professional cartoonist and several former National Football League players.

“We want to encourage our students to start thinking about career paths now, and understand that there are many different fields to consider, so we select a wide variety of guest speakers,” Corvallis Principal Bob Easton said. “The kids sit in on three different 30-minute presentations. By the time they leave Corvallis, our students will have gained practical knowledge of nine different career paths.”

In November of 2015, Corvallis became the first middle school in the Norwalk-La Mirada Unified School District to open a College and Career Center, a project spurred by Corvallis ASB student representatives who provided input to NLMUSD Superintendent Dr. Hasmik Danielian. The District intends to establish College and Career Centers on each of its six middle school campuses.

“There is so much enthusiasm here. The students are already looking toward the future and the District is fully committed to providing them the resources they need to make a fully informed choice,” Dr. Danielian said. “Thank you to Principal Easton and his wonderful staff for putting together such an informative program for our future leaders and innovators.”

Hugo Ortiz is a Corvallis sixth-grader who is interested in cars, plays the double bass and admires soldiers. During the course of Career Day, Ortiz received career guidance from an auto mechanic, a professional guitarist and a United States Army soldier.

“The soldier’s job is to make sure the food is safe for the whole platoon,” Ortiz said. “But he also gets to jump out of airplanes.”

Though the Career Day speakers have experienced great success in their chosen fields, they conveyed to students the need to prepare and persevere, acknowledging that over the course of their careers they may experience both high and low points.

Mel Rogers, a former linebacker for the San Diego Chargers, told students that he was cut from his first training camp, despite being drafted by the Kansas City Chiefs. Undaunted, Rogers upped his game by playing semi-pro football before rejoining the NFL.

“If you don’t succeed the first time around, it’s not the end of the world,” said Rogers, who played three seasons with the Chargers and one season apiece with the L.A. Rams and Chicago Bears. “Maybe you weren’t prepared. Preparation is the key. Instead of giving up right away, I played semi-pro ball in Connecticut and that experience helped get me to the NFL.”

After the students had sat in on three presentations, each grade level attended an assembly in the afternoon, featuring former NFL player and Goals for Life founder Reggie Berry and FreeConferenceCall.com founder and CEO David Erickson. Each of the presenters emphasized the need for hard work, self-motivation, and setting and following through on goals. The inspiration from these professionals was well received by the students.

CORVALLIS1: Corvallis Middle School students surround Daniel Rogers, Director of youth soccer organization (Coaching for CDASlammers FC), as he passes out club stickers during Career Day on Feb. 26. Rogers was one of three dozen guest speakers offering a sneak peek at vocations students may consider in the future. 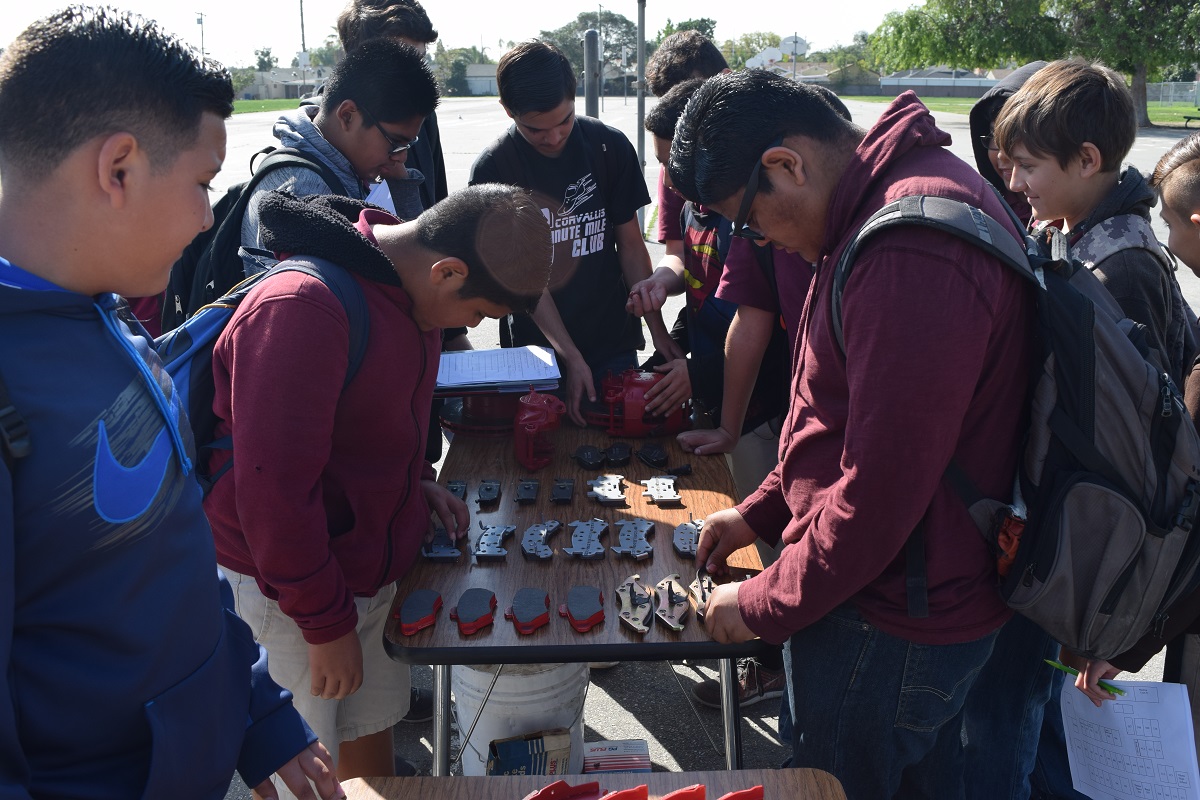 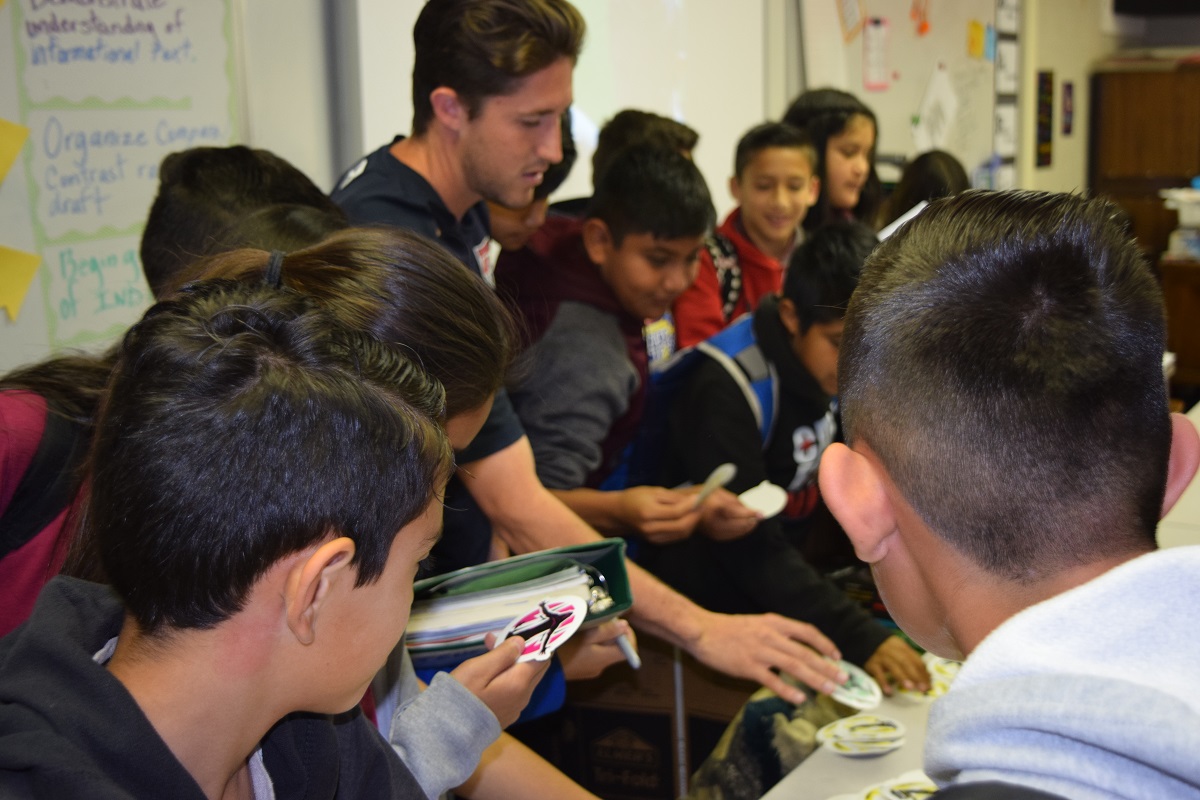 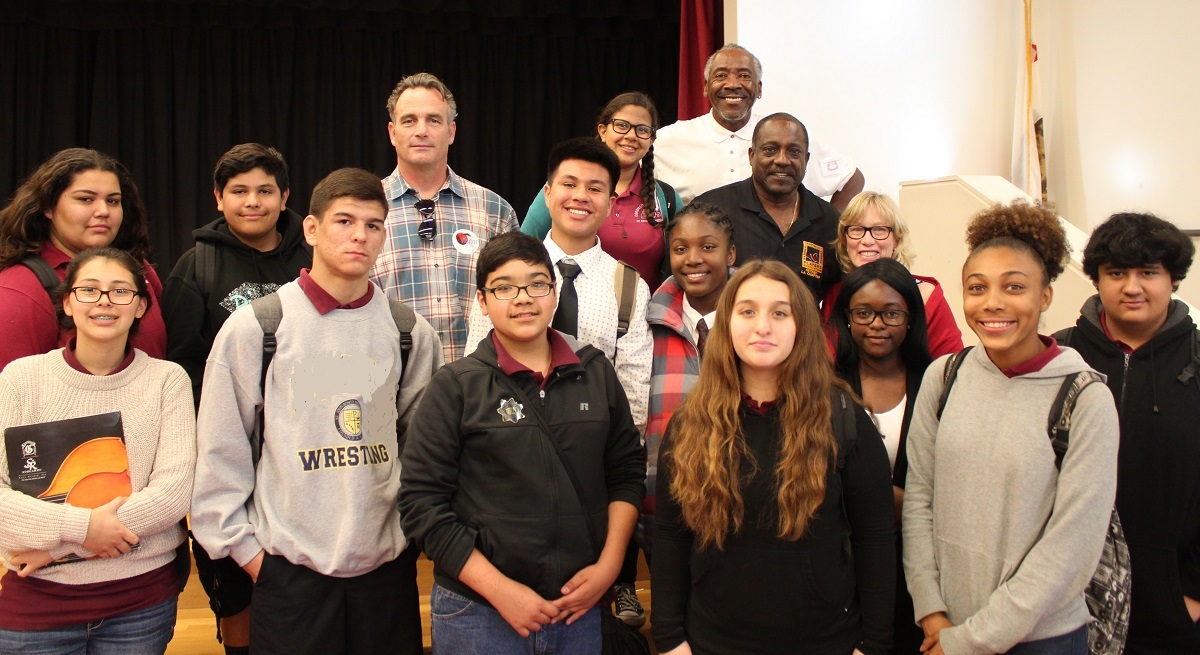