GLENDORA, Calif. – The Citrus College Space Owls are gearing up to take an extraordinary trip to Alaska, where the eight-member team plans to launch a weather balloon into the Earth’s atmosphere and record sounds reportedly emitted by the aurora borealis, a solar storm of brilliant lights that have long fascinated mankind.

The intent is to find a correlation between the aurora and sounds it may or may not produce. The team also hopes to discover the effect of a whistle’s sound by surpassing the speed of sound.

The Space Owls are an interdisciplinary research team consisting of students enrolled in Citrus College’s Physics and Recording Technology programs. Working together, the students build, launch and recover high altitude balloons into near space and analyze the data collected during flights.

They are one of three teams that comprise Citrus College’s Research in Science and Engineering (RISE) program. The RISE team, created last spring, also includes the Rocket Owls and CAPE Owls, who work independently on STEM-based research projects and compete in intercollegiate national and international competitions, as well as conduct monthly outreach activities to local K-8 schools.

“Conducting experiments 100,000 feet above the ground is a fascinating and innovative way to do research, especially for our students who are pursuing careers in science, technology, engineering and mathematics (STEM),” said Superintendent/President Geraldine M. Perri, Ph.D.  “I am proud of these students, not only for being involved with this project, but also for inspiring other students to use critical thinking skills to carry out their own missions.”

The team is holding ongoing fundraisers for its latest experiment, taking place in Fairbanks, Alaska in April, when they will have the opportunity to gather enough evidence to confirm or dispel the long-held belief that the aurora, or Northern Lights, produces sound.

“Weaving these different disciplines into this project, we are able to integrate engineering skills and creativity to analyze sound frequencies with respect to higher altitude,” said Timothy Jaquette, adviser to the team’s recording technology students. “Allowing our students to learn beyond the traditional classroom setting enables them to discover new academic and scientific research methods that will contribute to any future exploration.”

The RISE team’s next scheduled fundraiser is Feb. 8 during the Citrus College Science and Technology Day – a day full of creative thinking, fun activities and bonding with college physics students, all while learning about the science of rocketry, catapults and miniature go-karts. All proceeds will fund the research and outreach efforts of the three teams.

“It is possible that humans are incapable of hearing the sounds that supposedly occur during the aurora borealis, so this is an amazing opportunity for students to test it out first-hand,” said team advisor and physics instructor Lucia Riderer. “Discovery enriches the mind, and I’m proud that our students continue forging ahead to make this launch a success.”

Upon return from Alaska, students will analyze the sound recordings and gather data to better understand why the phenomenon occurs. They also plan to share their findings with their classmates and the rest of the scientific community.

“I commend these students for their pioneering efforts to shape the field of science and for breaking new ground in the study of the aurora borealis,” said Dr. Patricia Rasmussen, president of the Citrus Community College District Board of Trustees.

Caption for Launch 1 and Launch 2 photos: The Citrus College Space Owls hold a test launch of their high-altitude balloon in Lucerne Valley on Oct. 12, 2013. 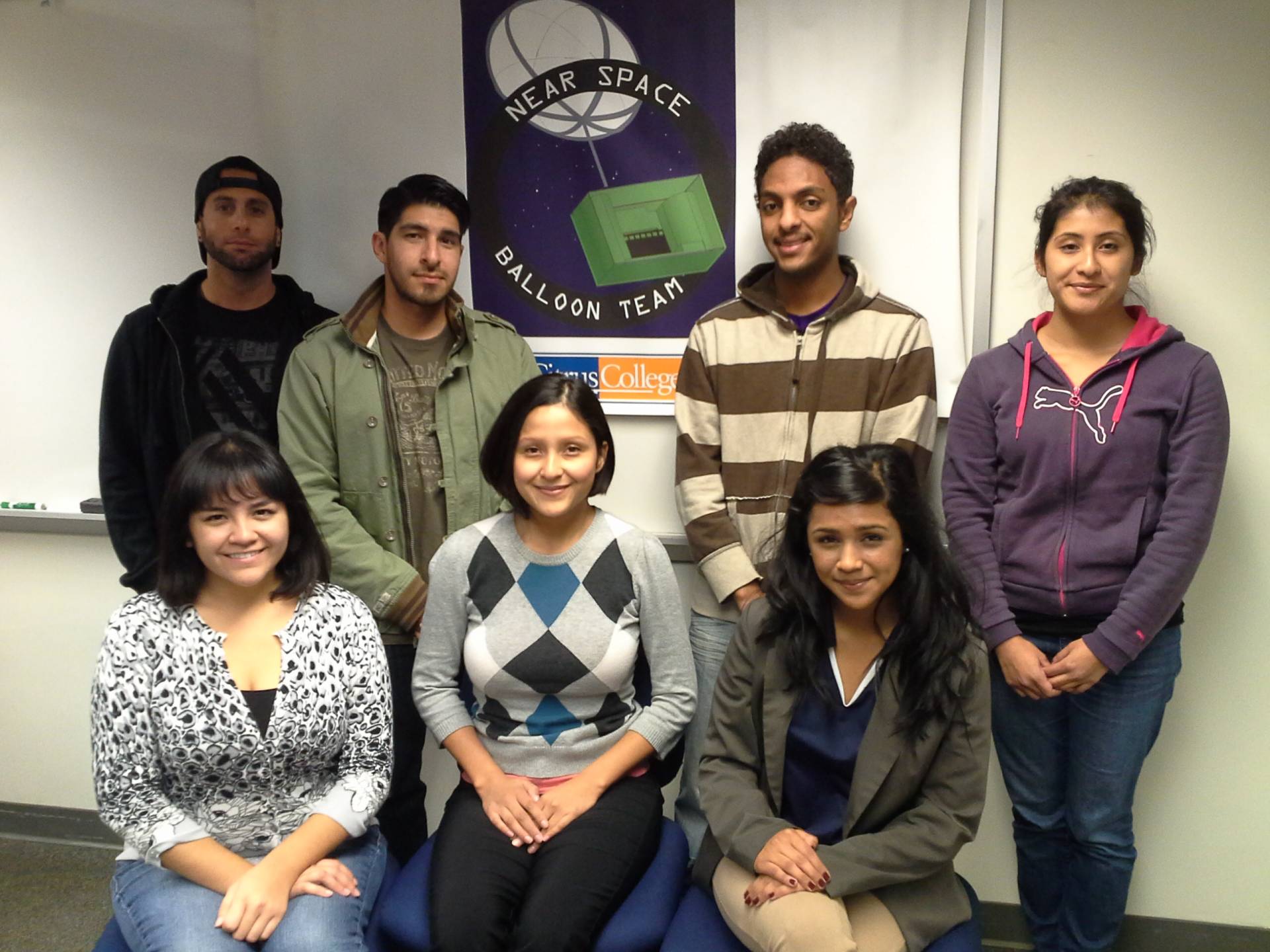 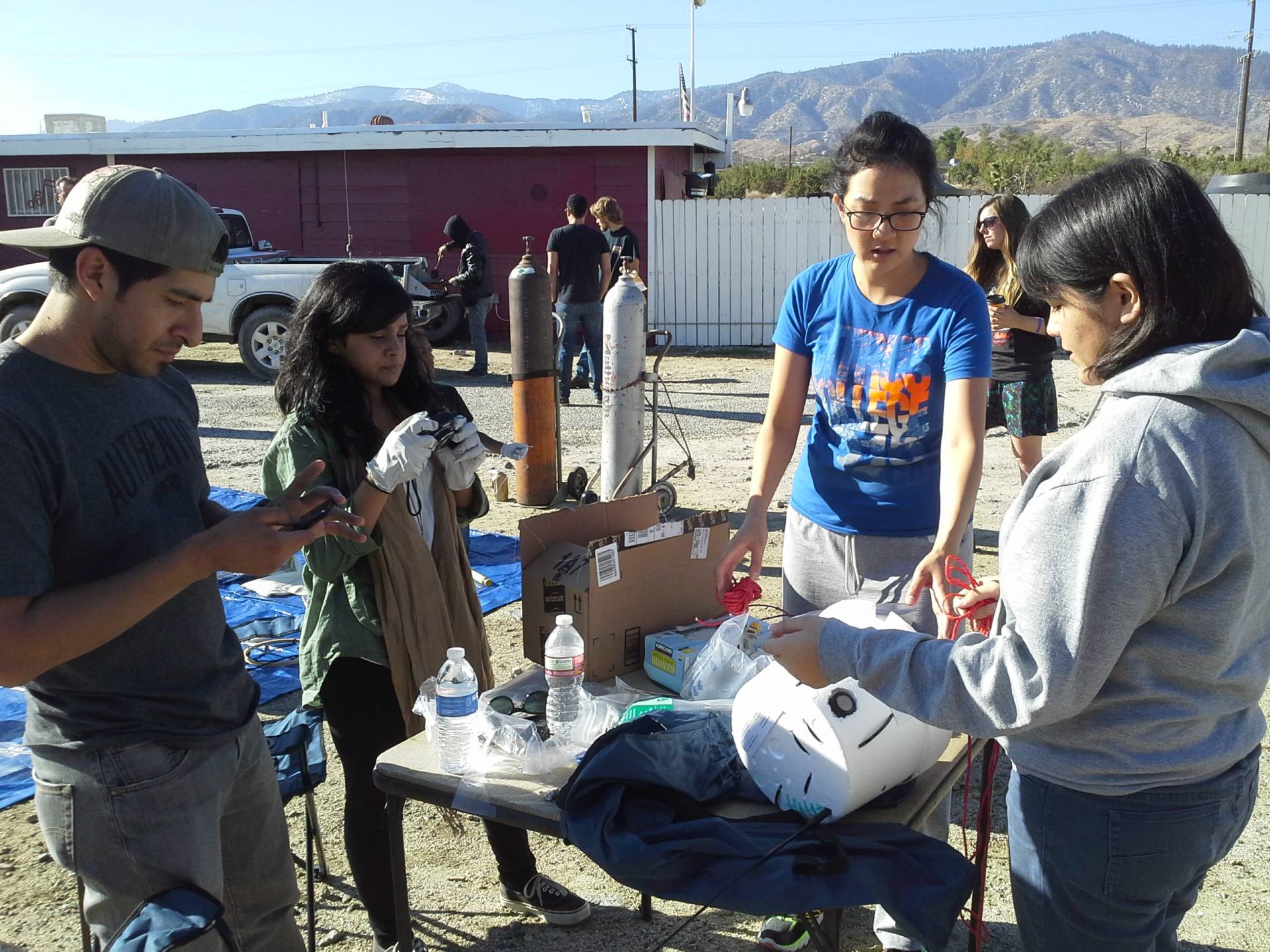 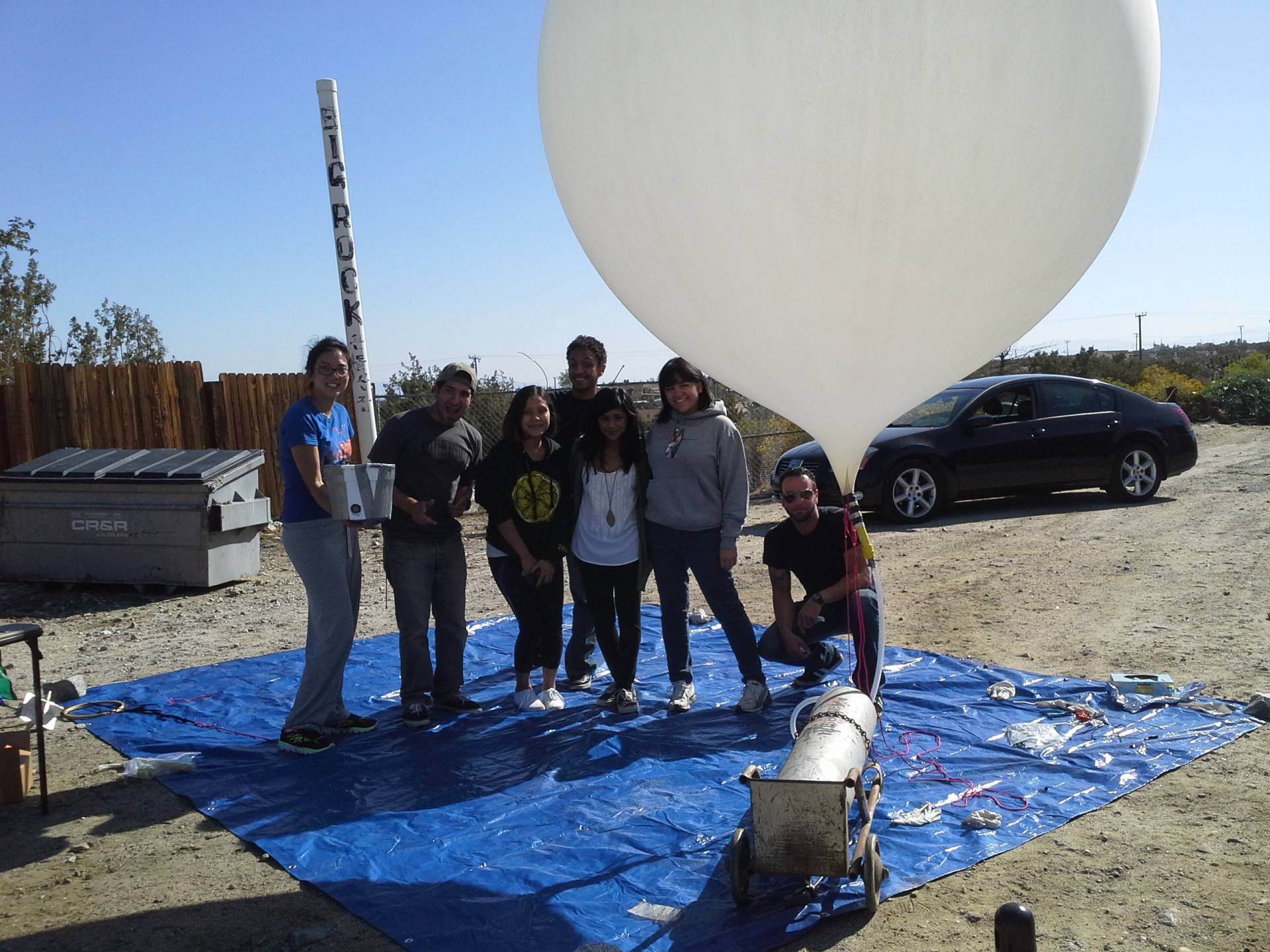