The school’s band played a celebratory number as Bedell was greeted on center stage by Chargers cheerleaders with a $1,000 check. He was recognized for his team’s first victory since 2006 in the annual Milk Bucket matchup against rival Lakewood High School on Sept. 8, when the Monsoons won 21-18.

The Milk Bucket game began in the 1960s and has been consistently played since the early 90s.

“It’s a real honor to be recognized in this profession by a professional organization such as the Chargers. This is a whole team effort with my staff and all the players, so it’s just as much their award as mine,” Bedell said. “I thank the administration and the District for giving me the opportunity to be the head football coach at Mayfair.”

On behalf of the Chargers Community Foundation, the $1,000 check will be used for Mayfair’s athletic department.

Bedell is in his third season as Mayfair’s coach and he has taught P.E. in Bellflower Unified for four years. During his 20 years coaching football at high school, junior college and in the NCAA’s Division III, he has two second-place finishes in the Suburban League and two CIF Playoff appearances.

“Coach Bedell puts in a lot of time and effort with our kids. He goes above and beyond for the students, not just on the football field but outside of the field as well,” Mayfair Principal Julie Stanley said. “This recognition is fantastic and it’s a testament to his hard work.”

Each week during the 2017 season, the Chargers honor an outstanding football coach from around the region. Coaches are chosen for outstanding on-field performance, overcoming adversity and displaying exceptional sportsmanship and leadership.

“It is wonderful to see Coach Bedell be recognized for all of his hard work and dedication to our team,” Bellflower Unified Superintendent Dr. Brian Jacobs said. “We look forward to the season with many more opportunities for our athletic staff and students to achieve excellence.”

BUSD_COACH_1: Derek Bedell, head football coach at Bellflower Unified’s Mayfair High School, was honored as the Los Angeles County Coach of the Week by the Los Angeles Chargers during the school’s homecoming game on Oct. 6. Bedell was recognized for his team’s first victory since 2006 in the annual Milk Bucket game against Lakewood High School. 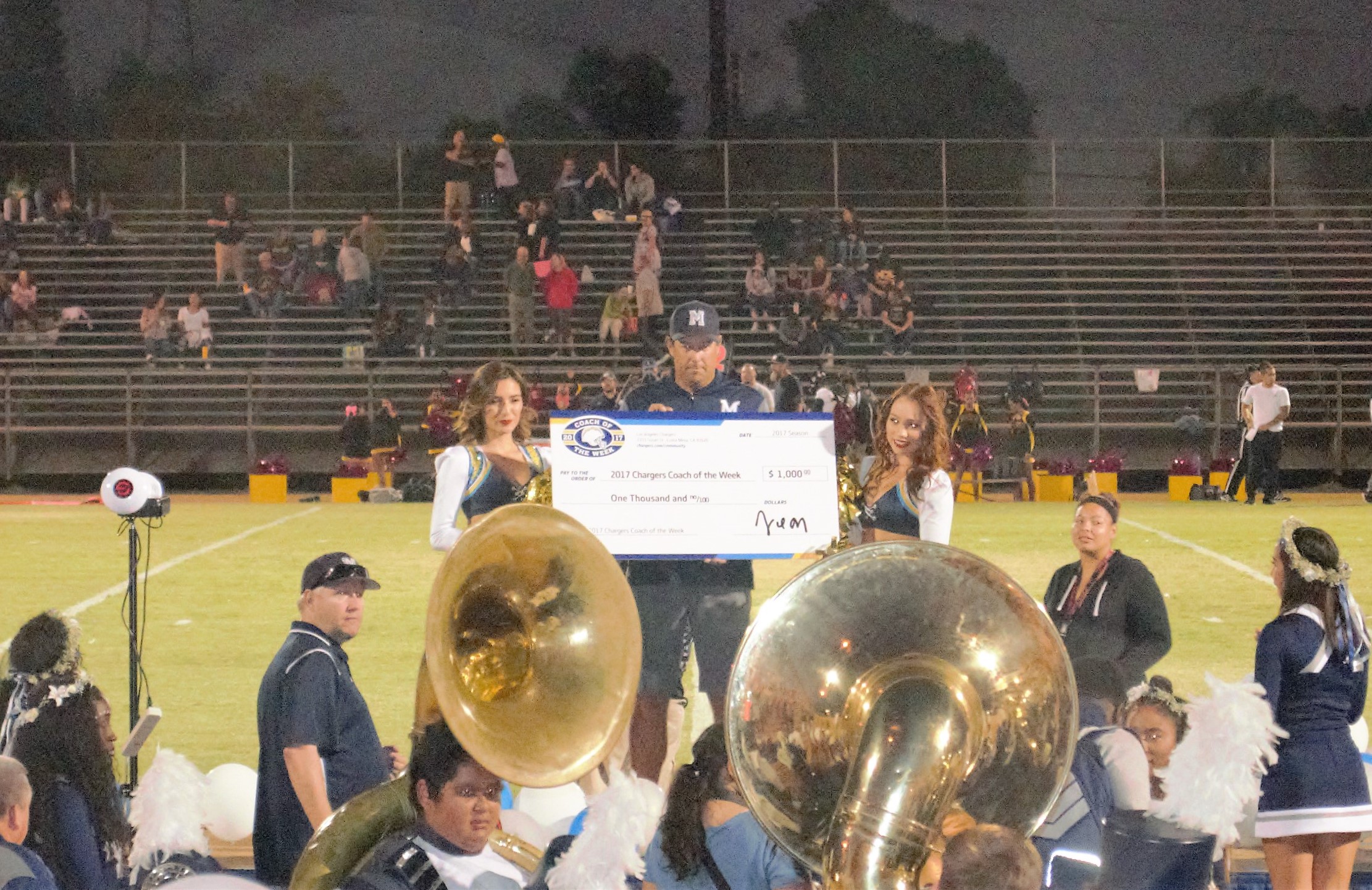