BUENA PARK – Corey School’s sixth-grade students danced the “floss,” joked with friends and thanked their former teachers for providing them with a welcoming school atmosphere and educational foundation during their school’s May 30 promotion ceremony.

The school’s 79 sixth-graders were joined by some 300 family members for a promotion ceremony at Thanksgiving Church in Buena Park as they bid farewell to their elementary school years.

Corey School Principal Valerie Connolly told her students to find their passion in life and they’ll have no trouble succeeding.

Students took to the venue’s stage to put on lively renditions of “Rather Be” by Clean Bandit and “New Day” by Danny Gokey, while some performed dances made popular by the “Fortnite” video game during the musical acts and as they received their promotion certificates.

Sixth-grader Ibrahim Aasim said it will be difficult leaving behind the familiarity of his friends, teachers and school. Aasim also said his time at Corey School improved his confidence and now he’s excited to start junior high.

“It’s just the whole atmosphere that I’m going to miss, because I’m used to being together with all of my friends and seeing my teachers greet me every day,” Aasim said. “But I’m happy to start this next stage of my life.”

Corey School’s promotion ceremony included recognition of students who excelled in academics, positive leadership qualities at science camp and contests such as the school’s spelling bee.

060519_BUENAPARK_COREYPROMOTION: Corey School sixth-graders smile while performing “Rather Be” by Clean Bandit and “New Day” by Danny Gokey during their school’s May 30 promotion ceremony. 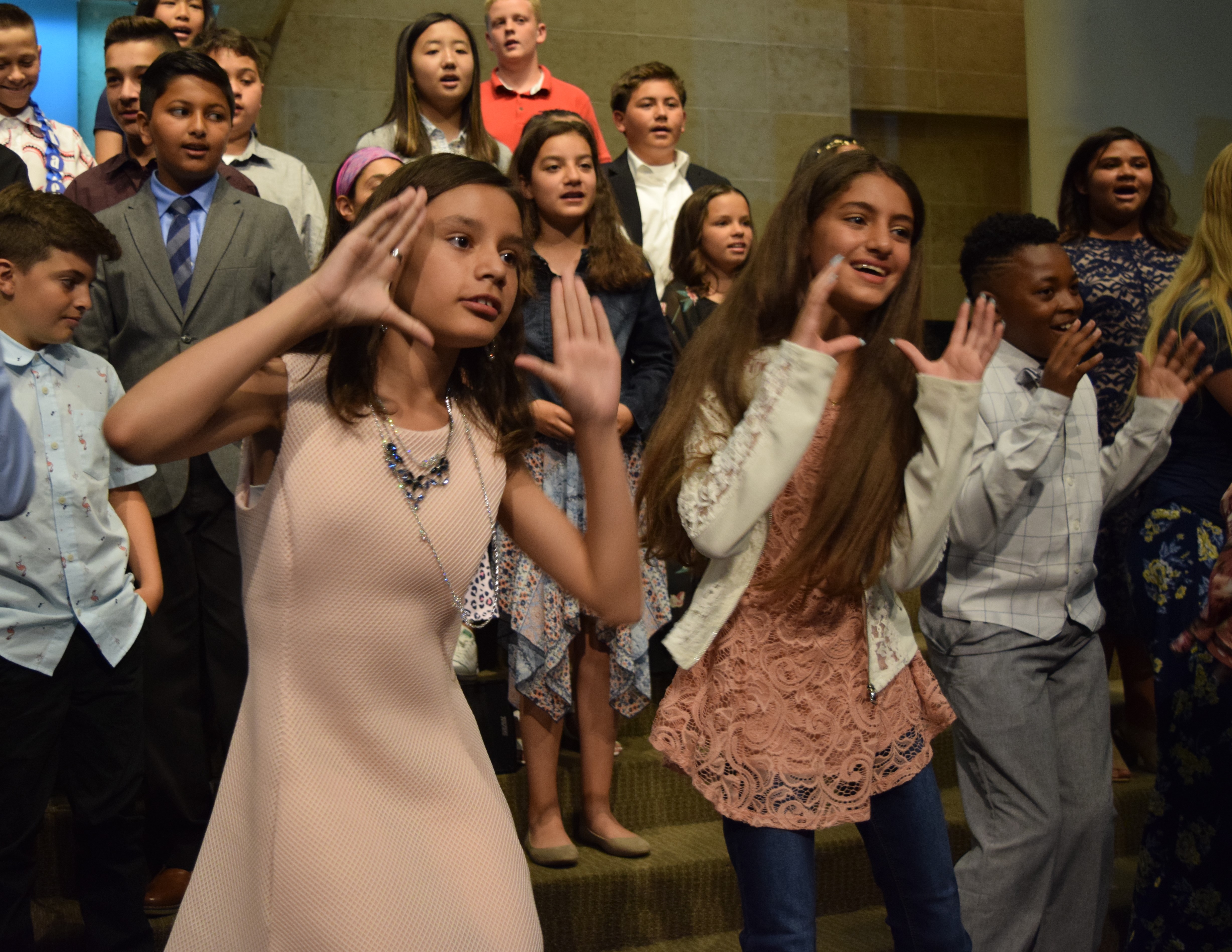