The concert, held Dec. 7 at Thanksgiving Church, was the first in-person winter concert held by the Buena Park School District since 2019. Dylan Locke, Buena Park Middle School’s band and choir director, said he was thrilled to showcase his student’s talent to the community.

“It’s been a long time coming to be able to be here and perform in person for everyone and it is phenomenal to be back,” Locke said. “This performance was incredible; I am so thankful for the students and the amazing job they did.”

Locke said the band and choir have been practicing for the winter concert for nearly two months. The night’s performance included songs such as “Jingle Bells,” “Ode to Joy,” “You’re a Mean One, Mr. Grinch” and “My Favorite Things.”

“I was so excited and proud, I’ve been to her other concerts, but this was my first winter concert I’ve seen her in,” said Estephanie M., mother of Jacqueline M.

Following the concert, guests showered their children with praise and snapped photos of them with their instruments and friends while enjoying juice and snacks.

Buena Park Middle School Principal Shin Park said the concert was a great experience for students, allowing them to showcase the musical skills, poise and professionalism they learned in band and choir.

“We are so proud of all our Buena Park Middle School students for all of their hard work preparing for this concert,” Superintendent Dr. Ramon Miramontes said. “It was a lovely performance for both the school’s band and choir and it was great to hear so many great holiday songs.”

BUENAPARK_WINTER1: Buena Park Middle School flautists fill Thanksgiving Church with popular holiday and classical music during the school’s recent Winter Wonderland concert. The school’s band and choir played songs such as “What’s This?” from “The Nightmare Before Christmas” and “Ode to Joy” from Beethoven’s 9th Symphony. 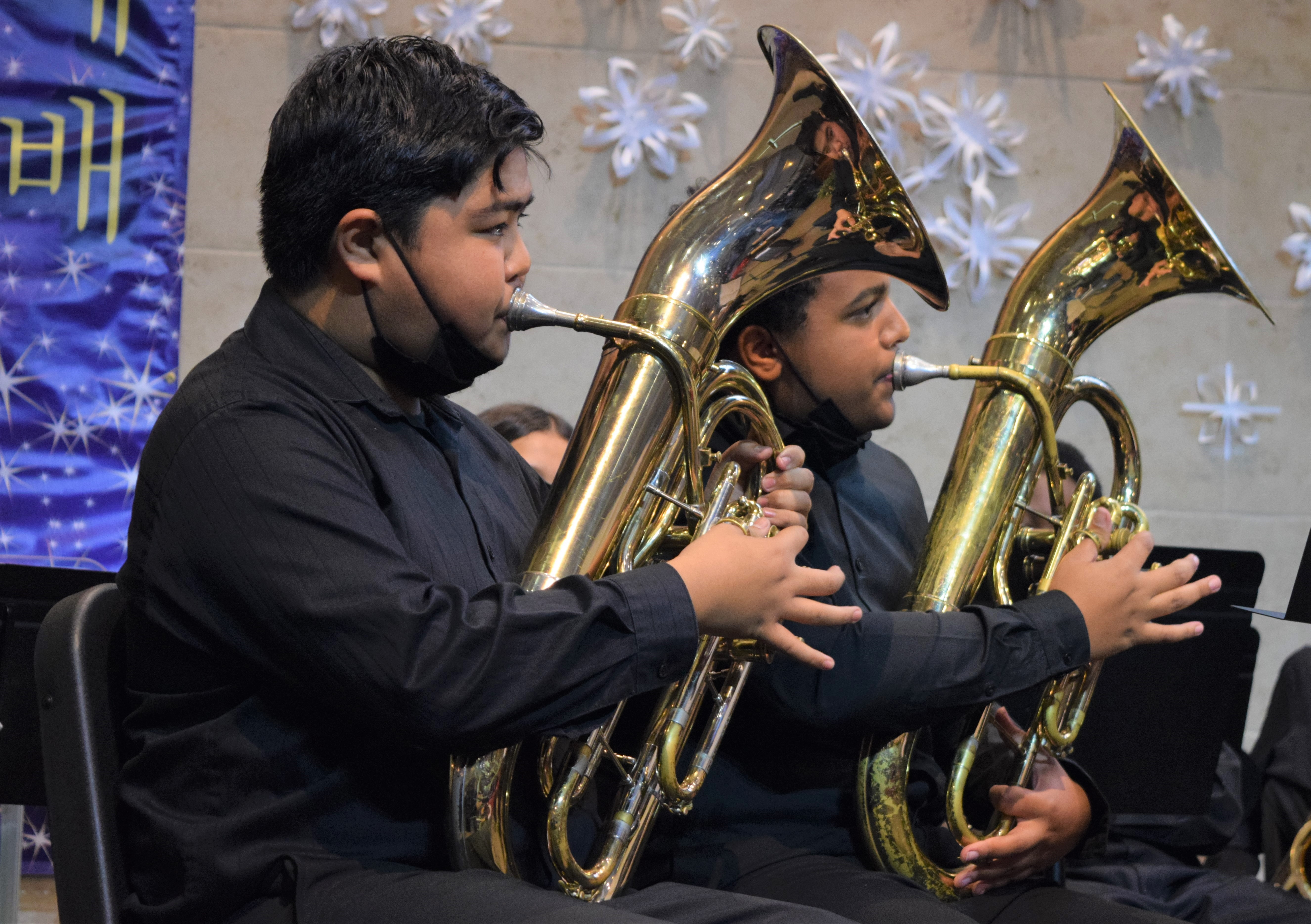 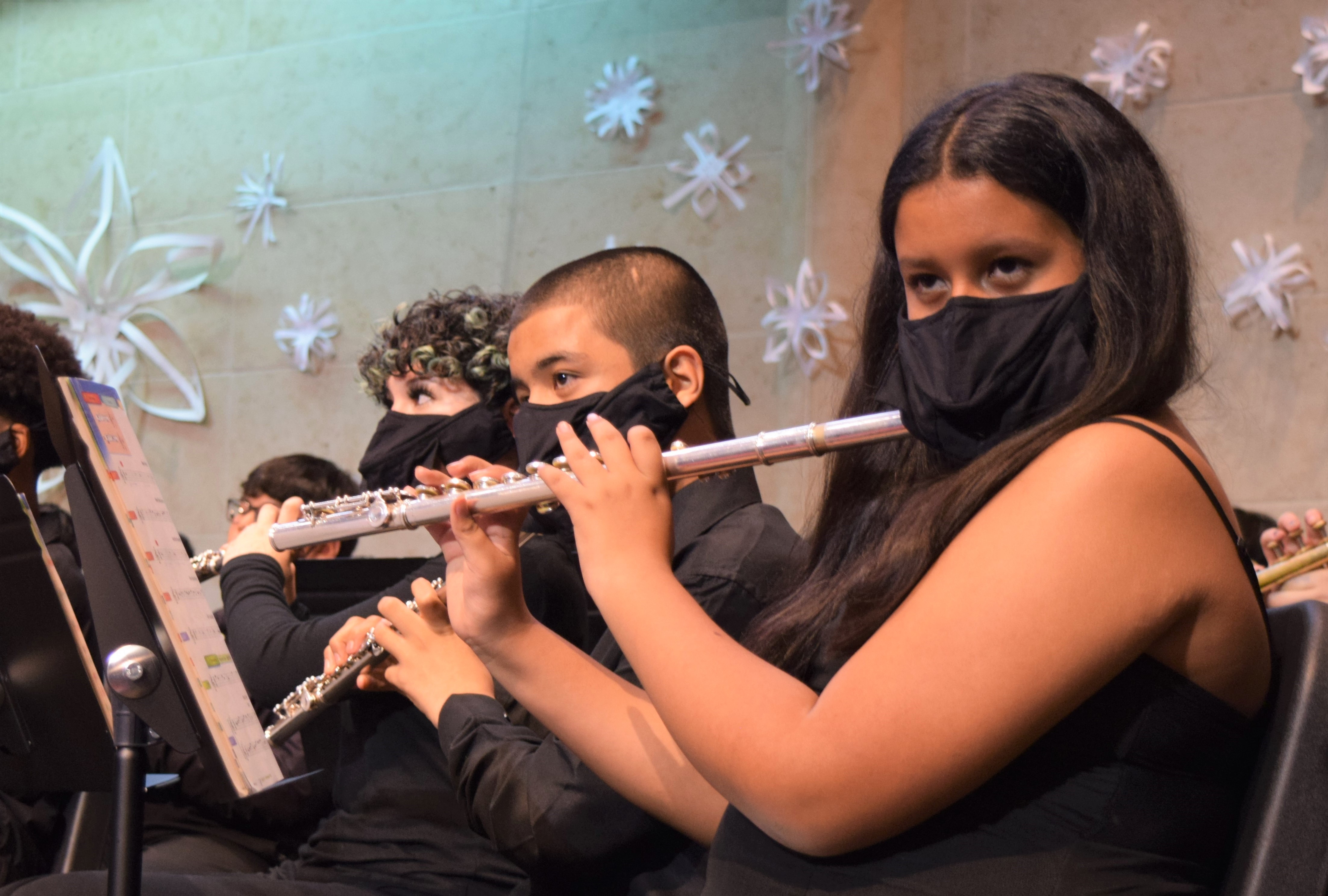 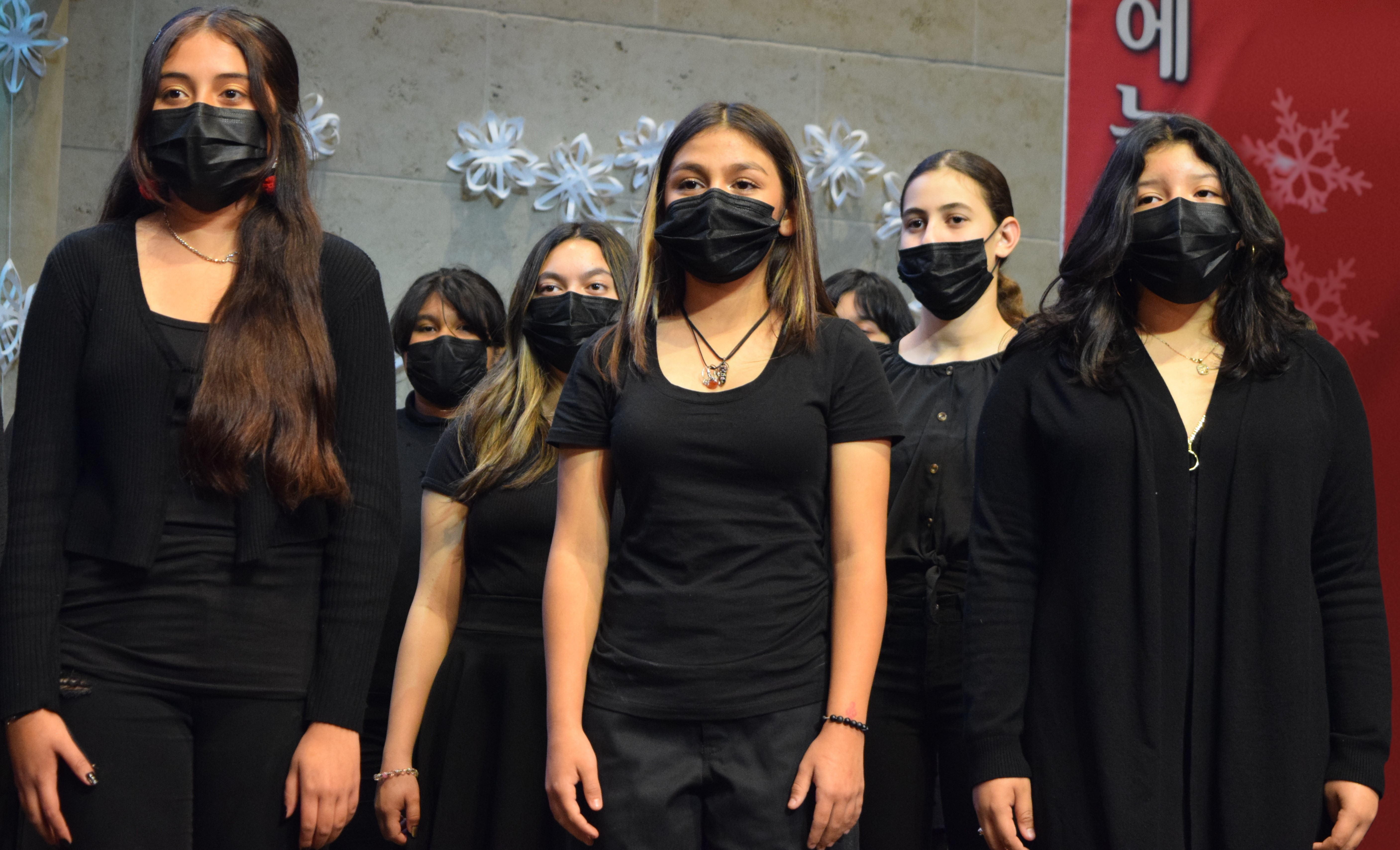