The project, which ran from 8 a.m. to noon, was the brainchild of Woodruff Elementary Assistant Principal Holly Hennessy and arose from classroom lessons at Woodruff and a workshop on civic learning at Bellflower Middle School.

“It was amazing,” Hennessy said Friday. “Everyone, especially the kids, worked so hard to clean up Caruthers Park. In the end, it looked spectacular.”

About 60 of the volunteers were sixth-graders in Woodruff Elementary School’s civic engagement classes. They were joined by their teachers, about 30 students from Bellflower Middle School and their teachers, plus the mayor, board members, parents and Kiwanis Club members.

After learning about civic roles and responsibilities, the students voted to hold a cleanup day at Caruthers Park. The park has special meaning because Woodruff students celebrate there at the end of their sixth-grade year.

“You know how when you get an idea, it just snowballs?” Hennessy said. “That’s what happened in this project. One idea led to another, which led to another. The middle school kids helped take it to another level and the mayor raised it once again.”

Jacobs praised Hennessy and her team for jumping on the challenge.

“This project is a great example of the initiative and passion taken by our school leaders, classroom teachers and, especially, our amazing students,” Jacobs said. “The effort seamlessly combines effective classroom instruction with civic engagement that will benefit all of Bellflower.”

To learn more about the Civic Learning Award, visit www.cde.ca.gov/eo/in/civiclearningaward.asp.

WOODRUFF_POSTERS: Woodruff Elementary School sixth-graders design posters for the office at Caruthers Park in Bellflower, part of their effort to clean and beautify the 20-acre city park on Friday, Jan. 30. 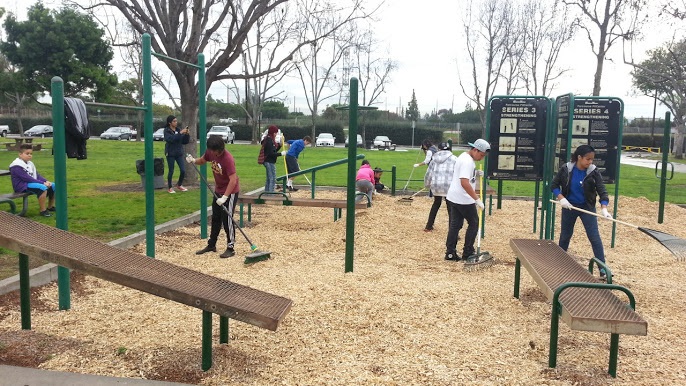 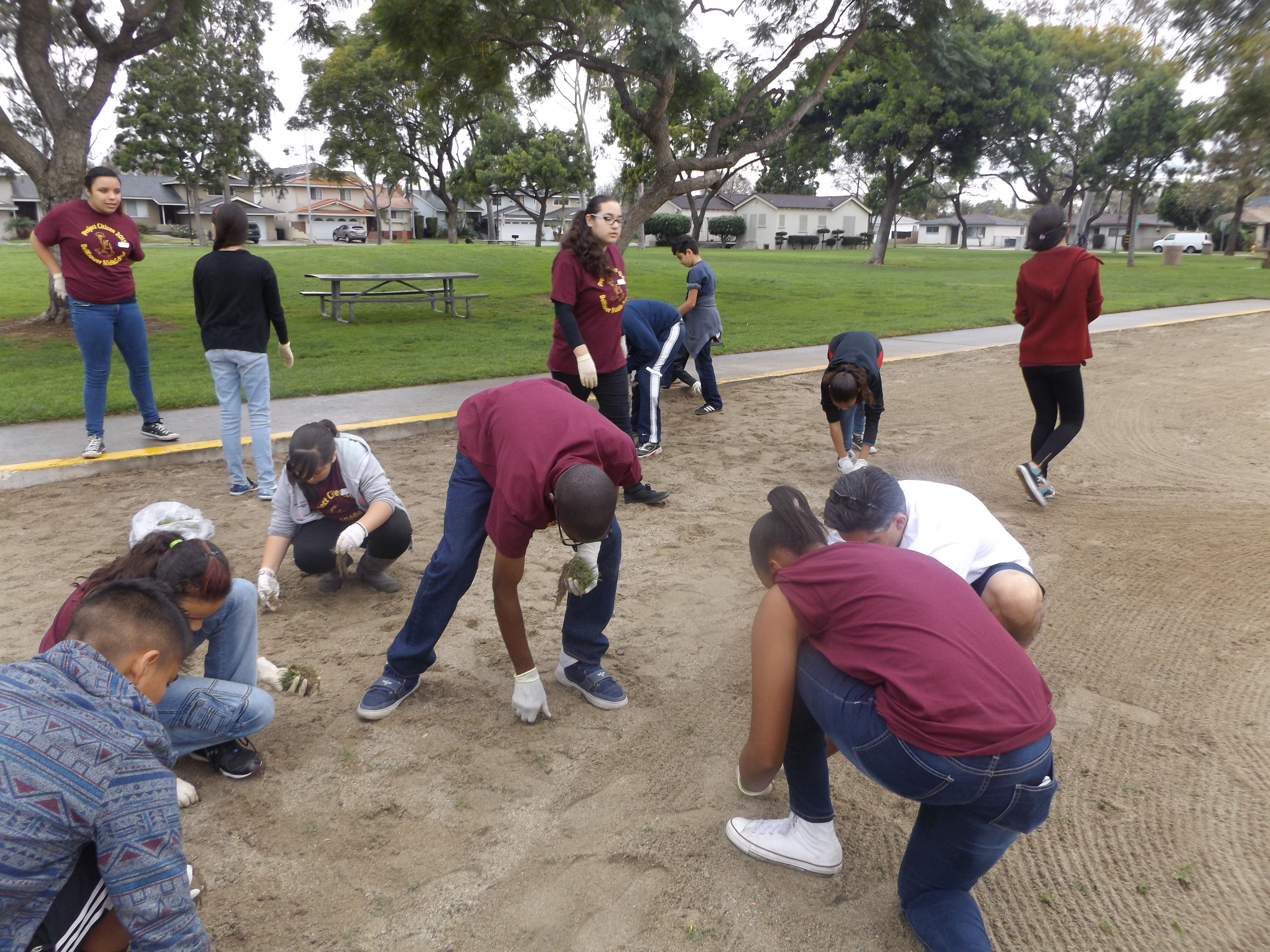 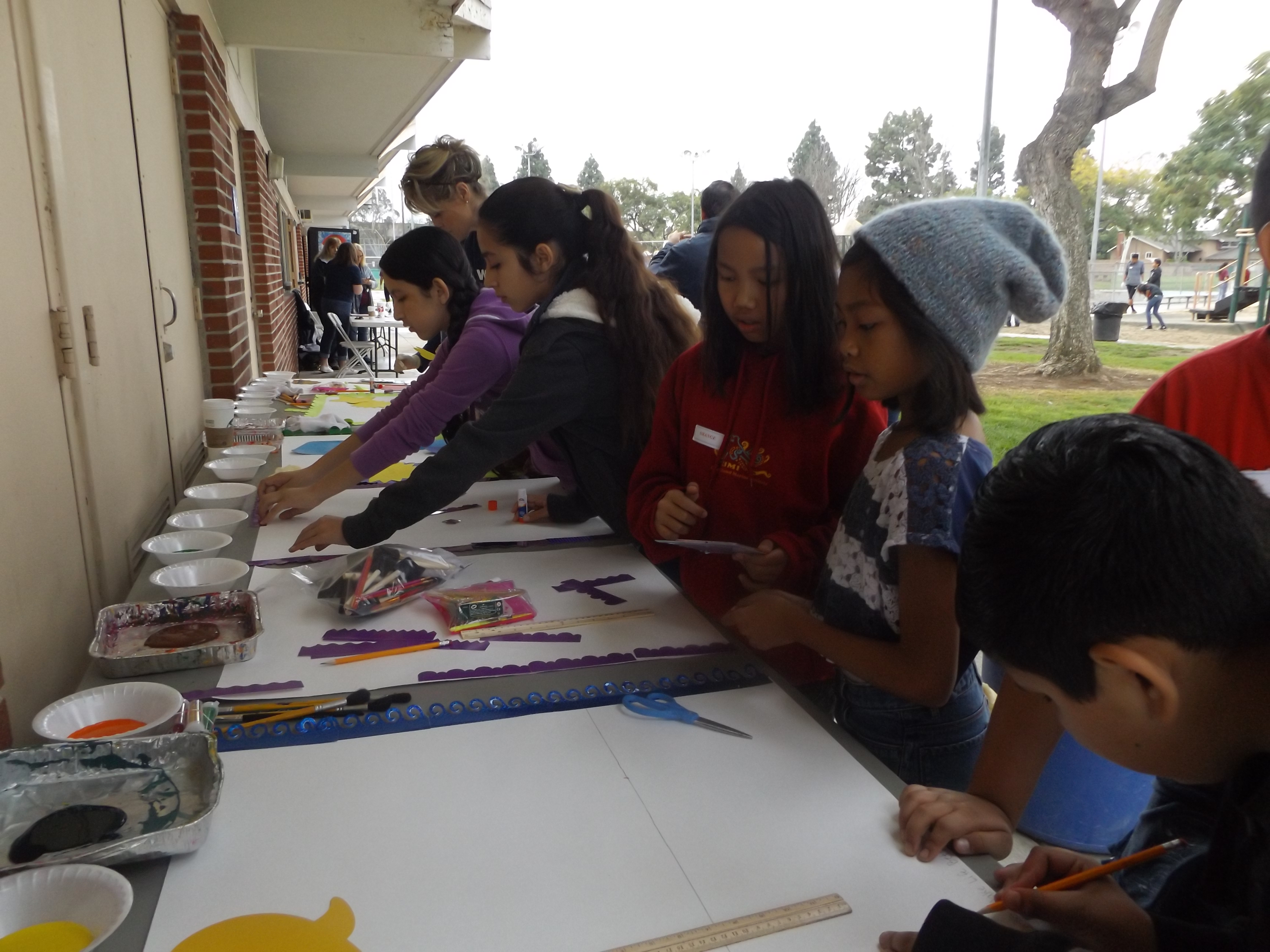