LAKEWOOD – The kindergarteners sit entranced as their teacher launches into a classic fairy tale, perfectly tracking each stage of the familiar story of the Three Little Pigs.

But never once do these students hear, “Little pig, little pig, let me come in.”

Welcome to Bellflower Unified’s Spanish-language dual-immersion program, where a mix of English learners and native-English speakers are taught 90 percent of course material in Spanish for their first two years.

“The goal of our program is for our students to become completely bilingual and bi-literate in English and Spanish,” said Rockway, who previously taught an immersion class in Santa Ana and who herself attended one of California’s first Spanish dual-immersion programs. “Living where we do, in this kind of a world, there are a host of benefits from being bilingual.”

Bellflower Unified Superintendent Dr. Brian Jacobs said the program is one element of a broader effort to increase academic success, cultural understanding and preparation for a global economy.

“Language is not only an avenue for accelerating success in school, but also a gateway to understanding different cultures and communities,” Jacobs said. “This program positions our students to compete effectively in a world where English is the second most-common tongue and Spanish is the fourth.”

Rockway said teaching almost entirely in Spanish requires careful planning to ensure her message isn’t lost on students being exposed to the language for the first time. The program’s four teachers work together to coordinate lesson plans.

“We have to be creative,” she said. “We give our students a lot of vocabulary because we can’t expect our students to have even the most basic vocabulary words. And we try to make it highly visual, so they can immediately connect what they hear to what they see.”

This is especially important as the school implements the California Common Core Standards, which in language arts stress learning to read, analyzing and discussing fiction and non-fiction. In math, the standards emphasize conceptual understanding, the ability to calculate and application of problem solving to real-world situations.

“We teach all of the California Common Core Standards,” Rockway said. “We just teach them mostly in Spanish.”

Even though math is visually the same as in English, the Common Core adjustments require considerable writing and discussion so students can explain their understanding of concepts. Rockway said part of what makes the program work is how students at different stages of understanding guide each other.

“They have their own running dialogues. That’s partially why it’s so important that we have some native Spanish speakers in our classrooms,” she said. “They really need to work together. They need to be a team.”

“It’s magical when you hear students seemingly out of nowhere take an idea and find the words to share it in Spanish, especially when they’ve only been in the program for a couple of months,” she said. “They get super excited about that, and you can see how proud they are.”

Sign-ups for the 2015-16 program will be held during the District’s open enrollment period, April 27-May 8. 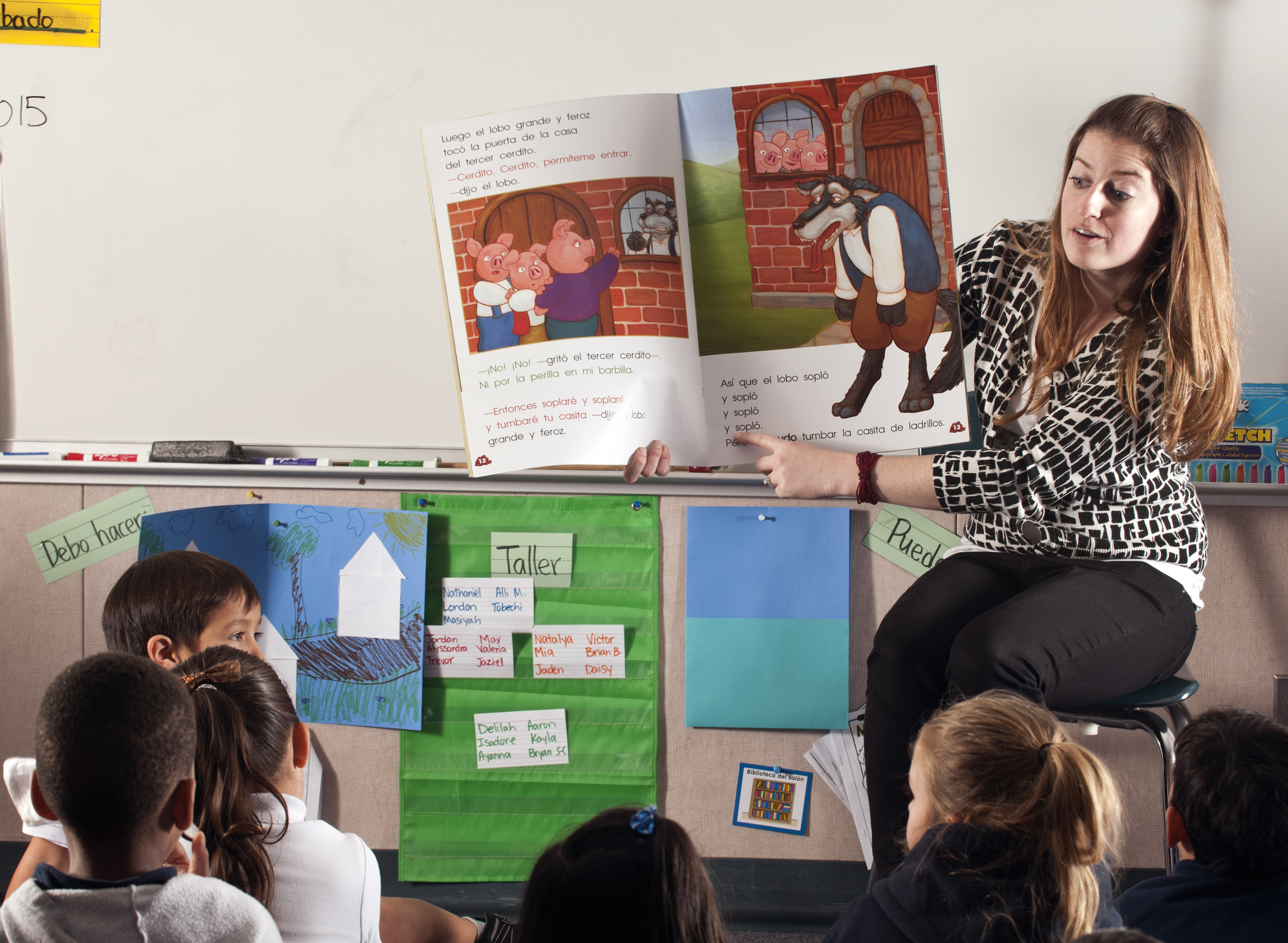 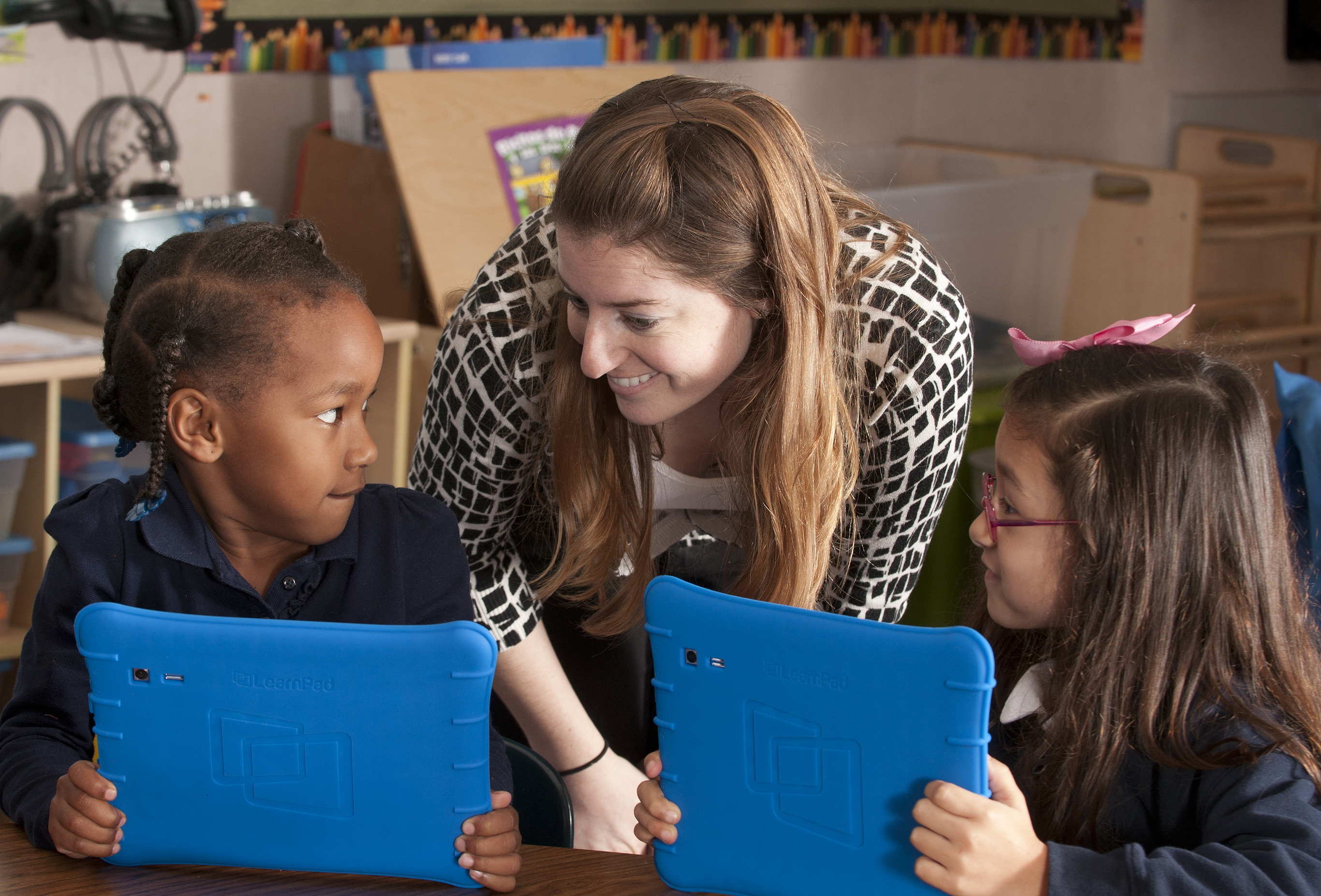 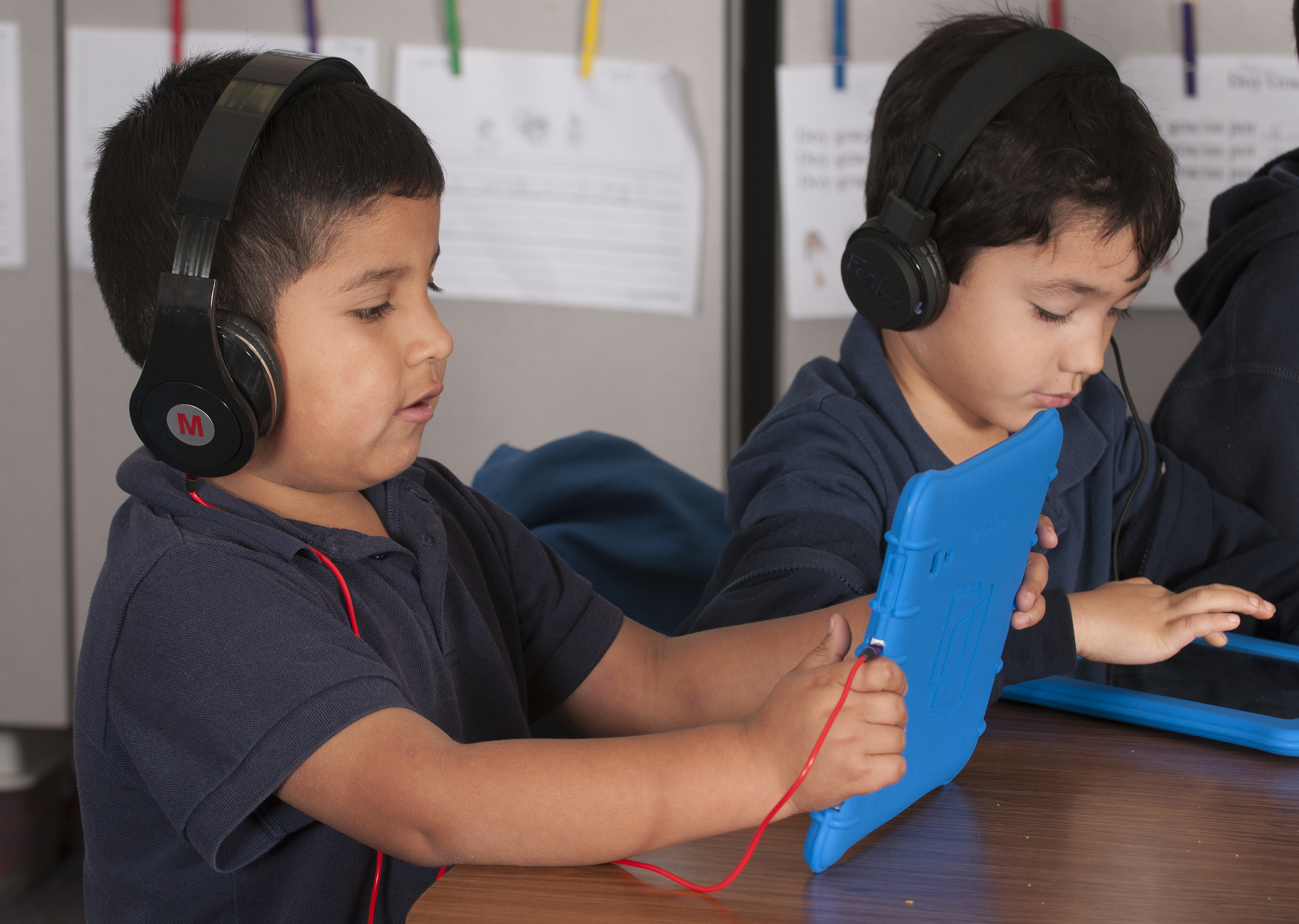