LAKEWOOD – Some 230 students in preschool through third grade are earning Pathway to Biliteracy Awards this week for their 2016-17 academic progress as part of Bellflower Unified School District’s growing dual-language immersion program.

The awards were created in spring 2016 and given that first year to 48 kindergarteners.

This year, Bellflower Unified expanded the effort to recognize students in kindergarten through third grade at the Intensive Learning Center (ILC) as well as students in dual-language preschool programs launched in fall 2016 at the ILC and Washington Elementary School.

“Our dual-immersion students should be proud of their success as they embark on this journey to biliteracy, which will culminate when they are recognized at graduation with the California Seal of Biliteracy,” Superintendent Dr. Brian Jacobs said. “Biliteracy is a skill that boosts student performance in the classroom today and prepares them for our increasingly competitive global marketplace.”

More than 350 family members and school leaders have attended the events, with children called one by one to receive ribbons; their families were invited to take photos with children and school representatives.

Bellflower Unified launched the dual-immersion program with kindergarteners at the ILC in 2013-14. The program added first grade in 2014-15 and second grade in 2015-16. In 2017-18, the highly popular dual-immersion program will grow to serve kindergarteners at Washington Elementary School, creating a convenient option for families living in the north end of the district.

The program follows a 90:10 model, with students receiving 90 percent of their instruction in Spanish during the early years, and gradually shifting to 50 percent instruction in each language. Each class includes a mix of native English and Spanish speakers, who support each other as they learn the two languages while mastering the rigorous California Standards-driven curriculum.

In addition to its dual-immersion program, Bellflower Unified offers world language programs in middle school and high school in Spanish, French and Mandarin.

BUSD_RIBBON 1: Intensive Learning Center kindergartener Lily Luis stands with her father and grandfather to show off her Pathway to Biliteracy Ribbon, representing proficiency in academic subjects and development of Spanish and English through Bellflower Unified’s dual-language immersion program.

BUSD_RIBBON 3: Intensive Learning Center kindergartener Meyonce Adams stands with her mother and school officials to show off her Pathway to Biliteracy Ribbon, representing proficiency in academic subjects and development of Spanish and English through Bellflower Unified’s dual-language immersion program. 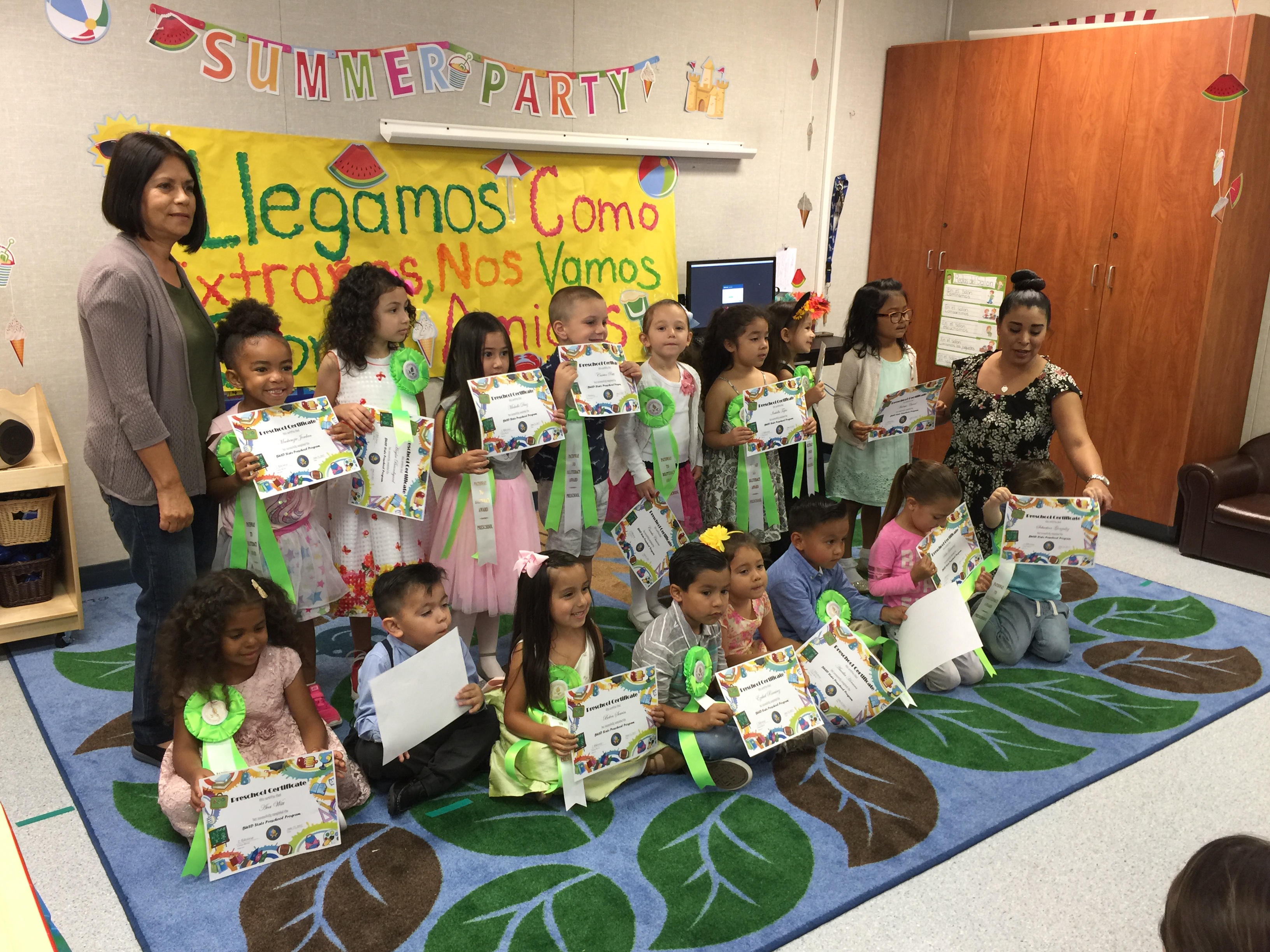 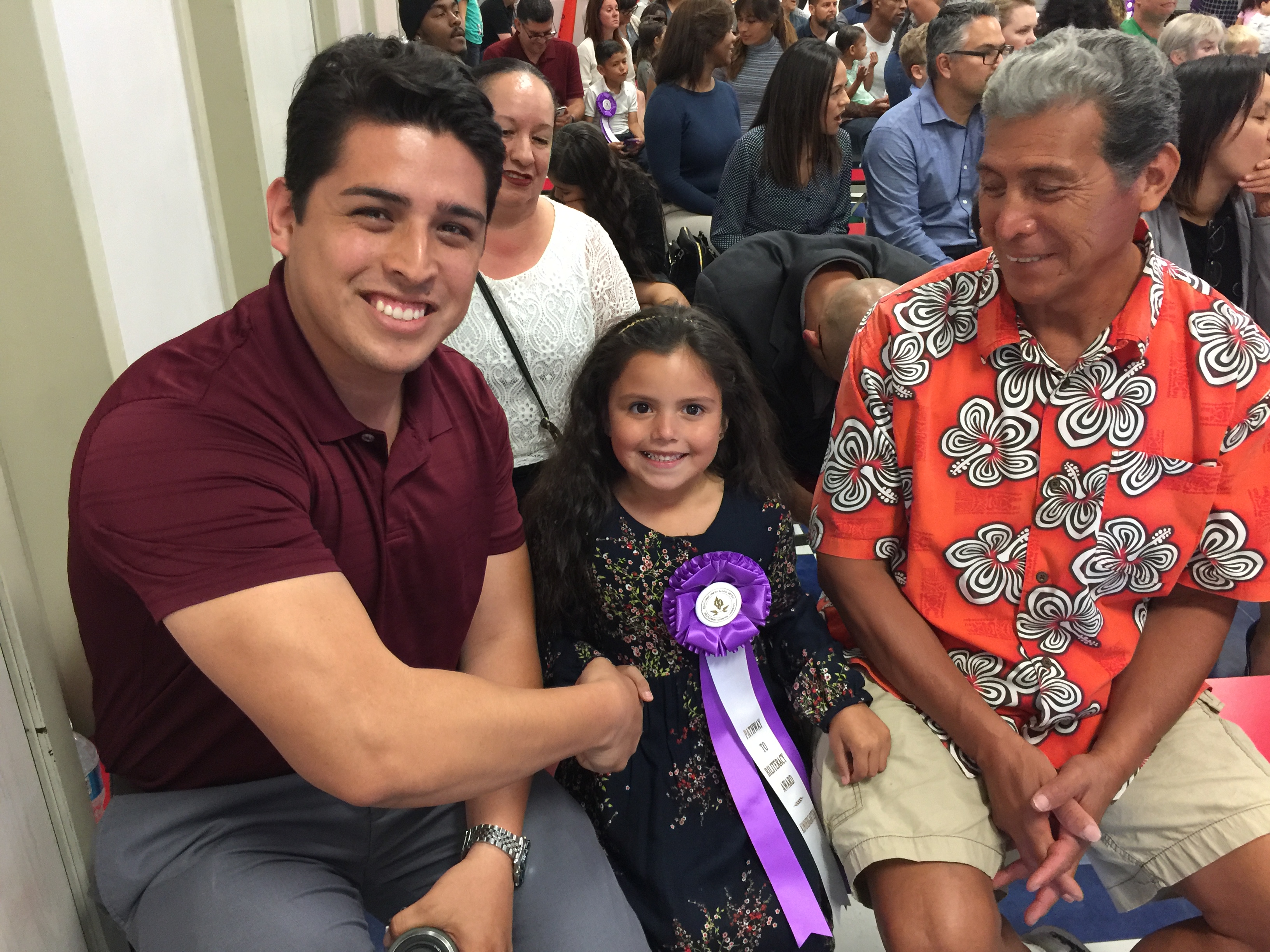 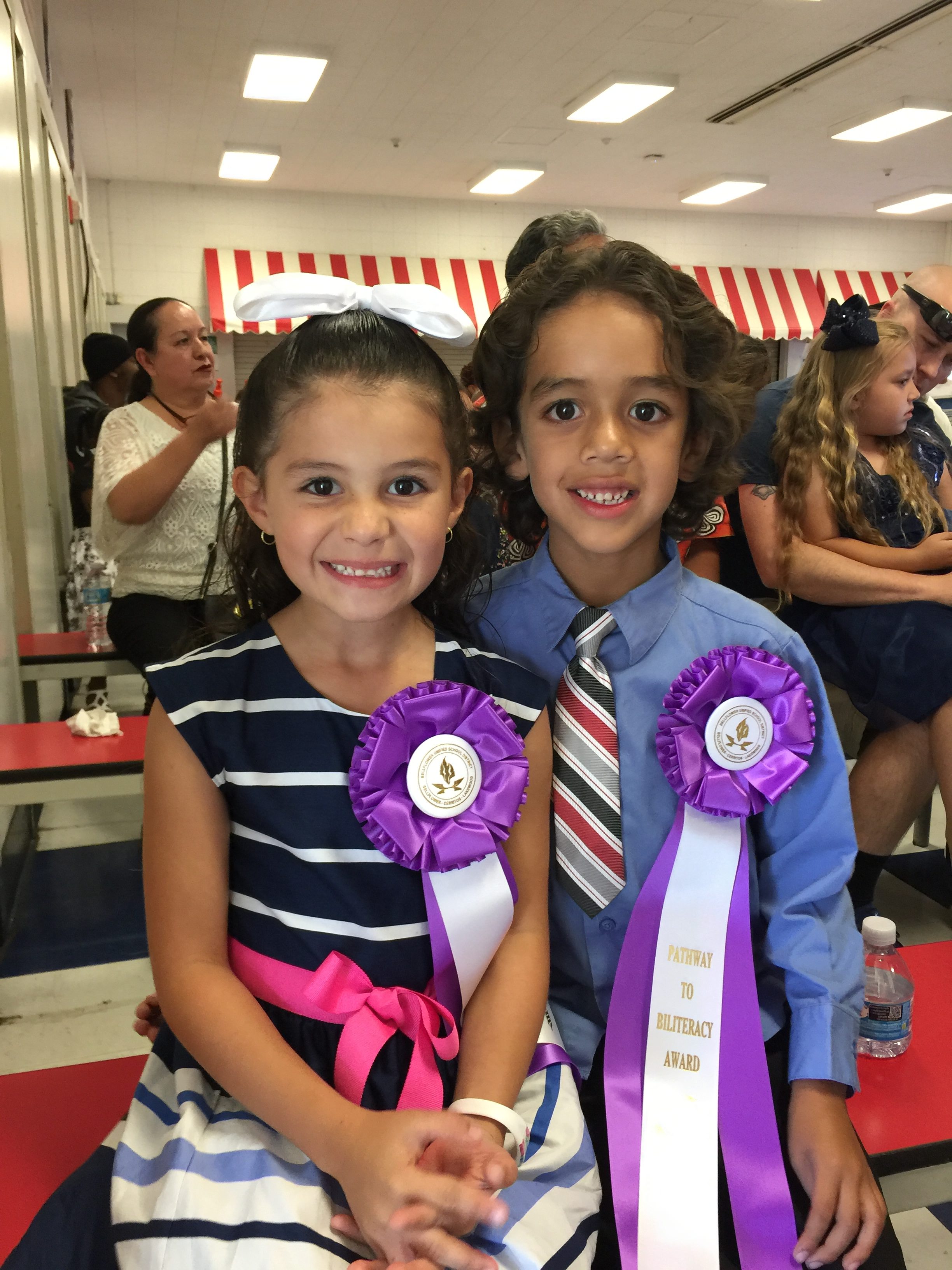 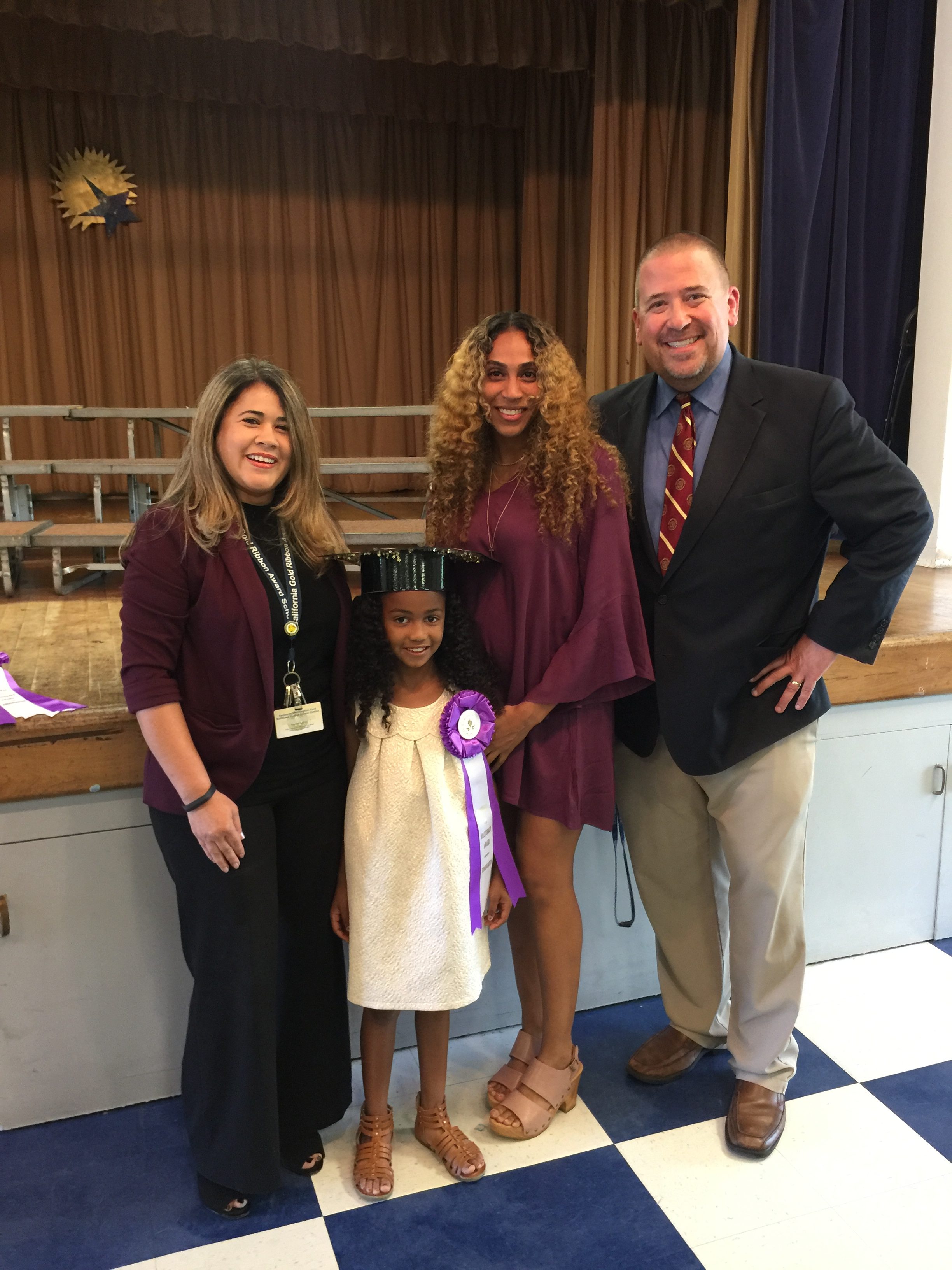 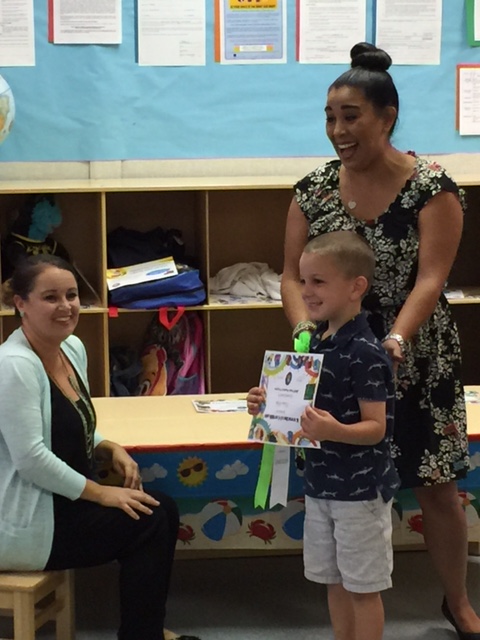 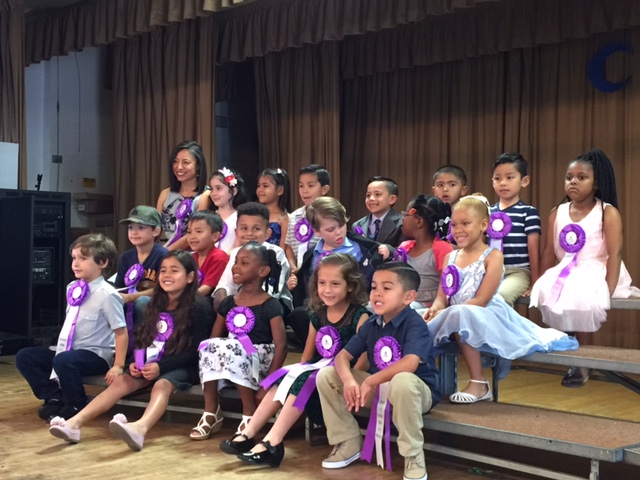 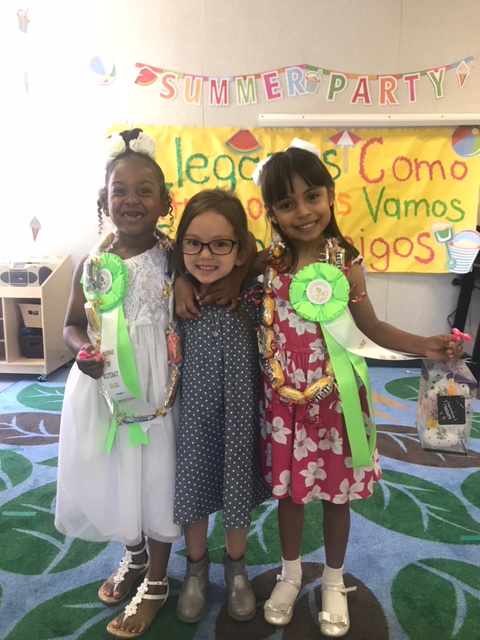 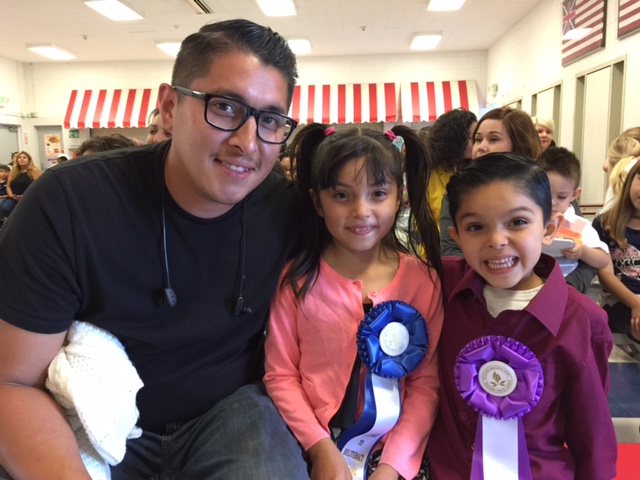