BELLFLOWER – Bellflower High School graduate Jacob Wright wrangled with the home network setup for hours, setting up a “cantenna” to capture an internet signal, linking the signal to a router and connecting a digital security camera, a glitchy tablet and television.

Then, he did what his competitors at the SkillsUSA National Leadership and Skills Conference did not – he re-checked every connection. In the process, he discovered a loose link — he’d used the wrong tool to tighten co-axial cables.

Wright stepped back, took a breath, and relinked each of his cables securely with the right tool. His deliberate approach meant he finished after two other contestants at the competition – held June 20-24 in Louisville, Kentucky – but his dedication to quality made him first in the nation.

When his award was announced, Wright was taken by surprise.

“I was shocked. I was like, ‘Are you sure it was me?’ I just stood there for minutes, unbelieving. Then, I powerwalked to the stage and stood with the other winners as everyone cheered,” Wright said. “It was an experience I’ll never forget.”

The trip was Wright’s first visit to the national competition after Bellflower High teacher Julio Guzman sparked his interest in SkillsUSA, a contest and leadership program for students in career technical education fields.

As a junior, Wright had taken Guzman’s electronics class and learned about SkillsUSA. In 2015, he competed regionally in a category for computer-based design. The competition for setting up residential networks is new this year, but was a natural fit for Wright.

Still, to make it to the national competition, he first had to shine at the Southern California regional competition and then had to win a gold medal at the state finals this spring. Each competition required a hands-on task, such as setting up a home theater system, along with a written test and an oral interview.

At the nationals – held shortly after Wright’s graduation – competitors were given about eight hours to set up their systems. Wright finished in about six hours after he finished re-checking the cables and delved into his tablet’s setup protocols to override some connection issues. The attention to detail was a deciding factor. A competitor who finished before him was marked down for loose connections.

After his round, Wright had to wait a day for a second round of competitors to work on their networks. Then, for the awards, competitors gathered in a stadium. First, the announcers worked through a host of other categories. Finally, when they reached residential networks, they announced college winners and began with the third-place high school winner.

When Wright heard other students win third and second place, he became discouraged, convinced he hadn’t made the grade. It took a few moments for the announcement of his gold medal to sink in. In addition to the medal, Wright received a collection of high-end tools, a top-of-the-line cordless power drive, a 32-inch HD television set, a two-in-one tablet/laptop and a $10,000 scholarship to a Kentucky-based university.

“Jacob’s success is an excellent endorsement of how our high schools help prepare our students for success in careers and college on multiple fronts,” Bellflower Unified Superintendent Dr. Brian Jacobs said. “We are proud of his accomplishment and of the talented teachers who helped spark his interest in science.”

For now, Kentucky is not Wright’s intended destination for college. Wright plans to attend an area community college in preparation for transferring to a California engineering program, possibly UC Berkeley.

“If I can attend UC Berkeley, I would be extremely happy. I just want to continue to learn,” Wright said. 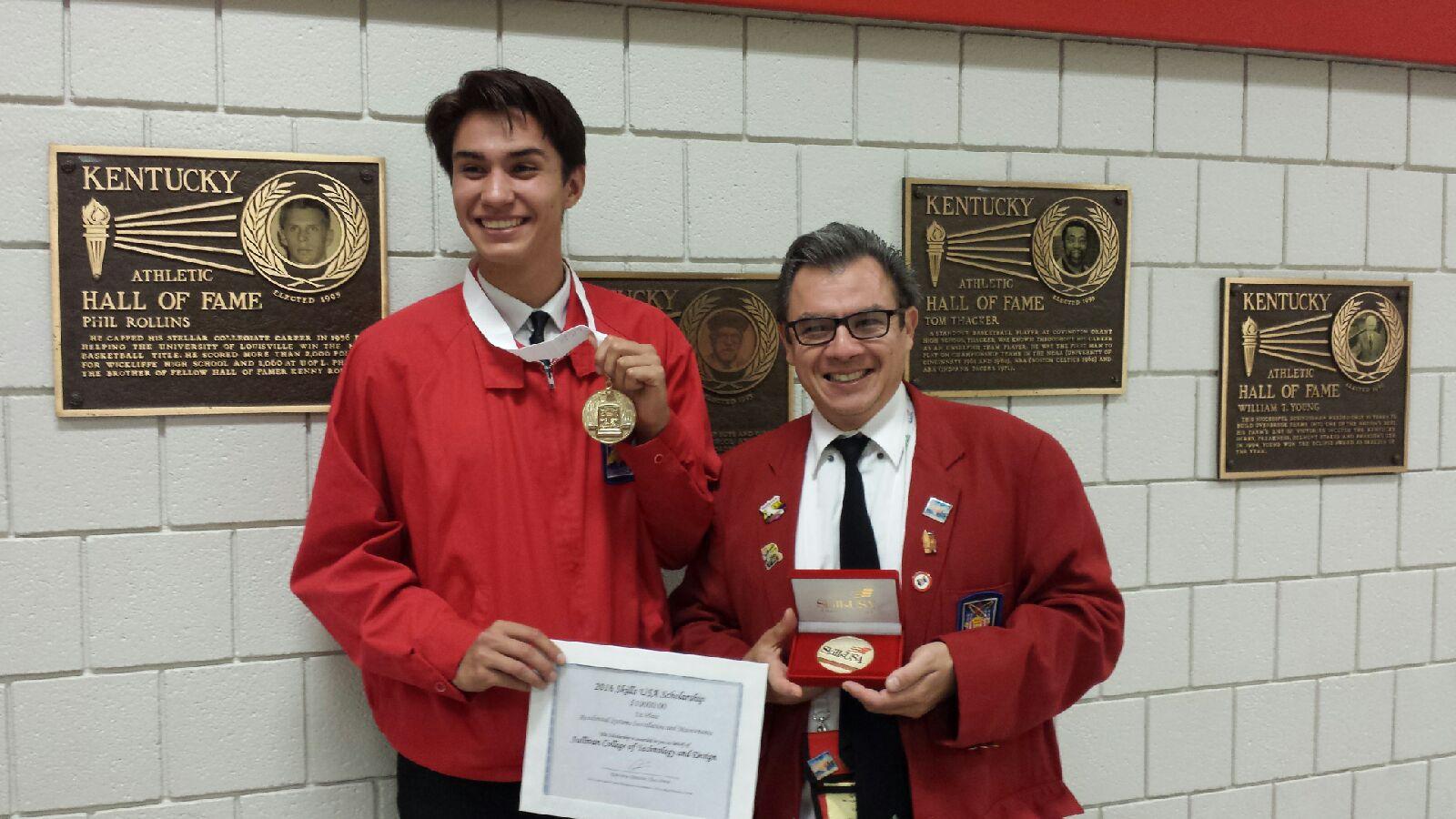