Bassett Unified School District is partnering with the Los Angeles County Public Works to explore the potential for building a system that captures and cleans storm water and water runoff at Bassett High School as a way to replenish ground water supplies.

A study will be conducted later this year, at no cost to the District, on the makeup of Bassett High’s soil to determine the feasibility of constructing a storm water system.

If the study shows the project is possible, the District will begin discussions with the City of La Puente, Los Angeles County Public Works and other neighboring cities to form partnerships that support building a storm water system.

State law requires Los Angeles County cities to construct systems that capture and clean storm water and water runoff, such as rain and landscape watering, that may collect oil, pesticides and other pollutants and drain into local bodies of water.

School districts will also be responsible for constructing storm water systems. Through city partnerships, storm water requirements will be fulfilled by both parties. The project will also provide opportunities for students to participate in hands-on activities relating to their science classes, such as testing the soil themselves.

“Our strong partnerships with local cities to pursue this project show the importance of bringing a solution to prevent unnecessary water pollution,” Superintendent Alex Rojas said. “We are taking the initiative toward water conservation and will do our part in helping the environment.”

In addition to the storm water system, Bassett Unified formed a partnership with Amigos de Los Rios, a non-profit organization that helps implement community green infrastructures, to carry out an “Urban Greening” program at Bassett High, which includes planting trees, removing excess asphalt, and installing features that will reduce asphalt and concrete heat. Amigos de Los Rios received a $652,250 grant from the Rivers and Mountains Conservancy to implement the greening program.

Bassett has already taken steps forward in water conservation measures. All elementary, middle and high schools have systems that reduce water consumption, such as new sprinkler heads that don’t spray outside of the schools’ greenery and a landscape system that adapts to weather conditions, automatically shutting off irrigation when it rains.

072816_BASSETT_WATER2: Plans for landscaping at Bassett High School as part of a beautification project, which will be included with plans of a storm water capture project. 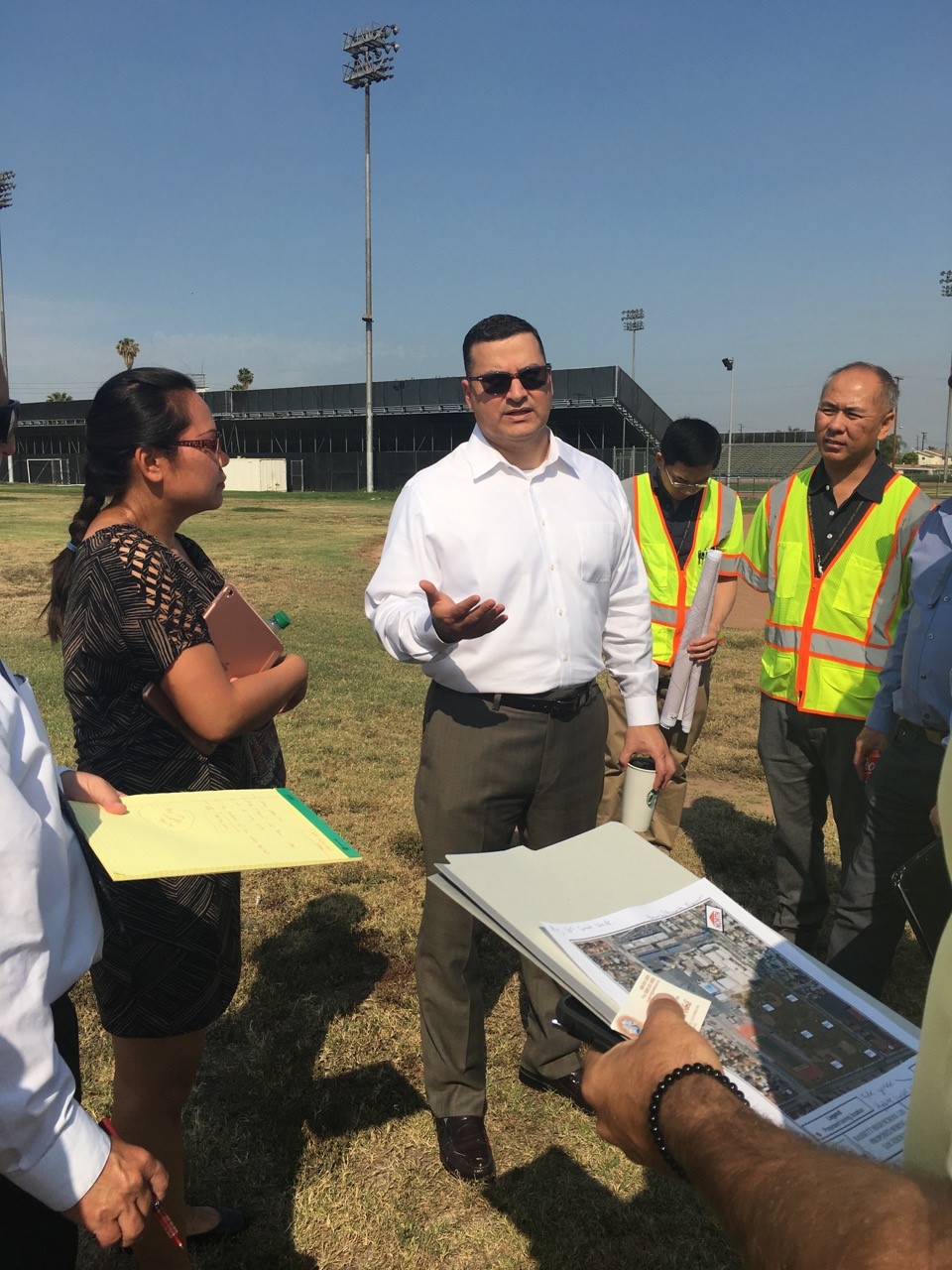 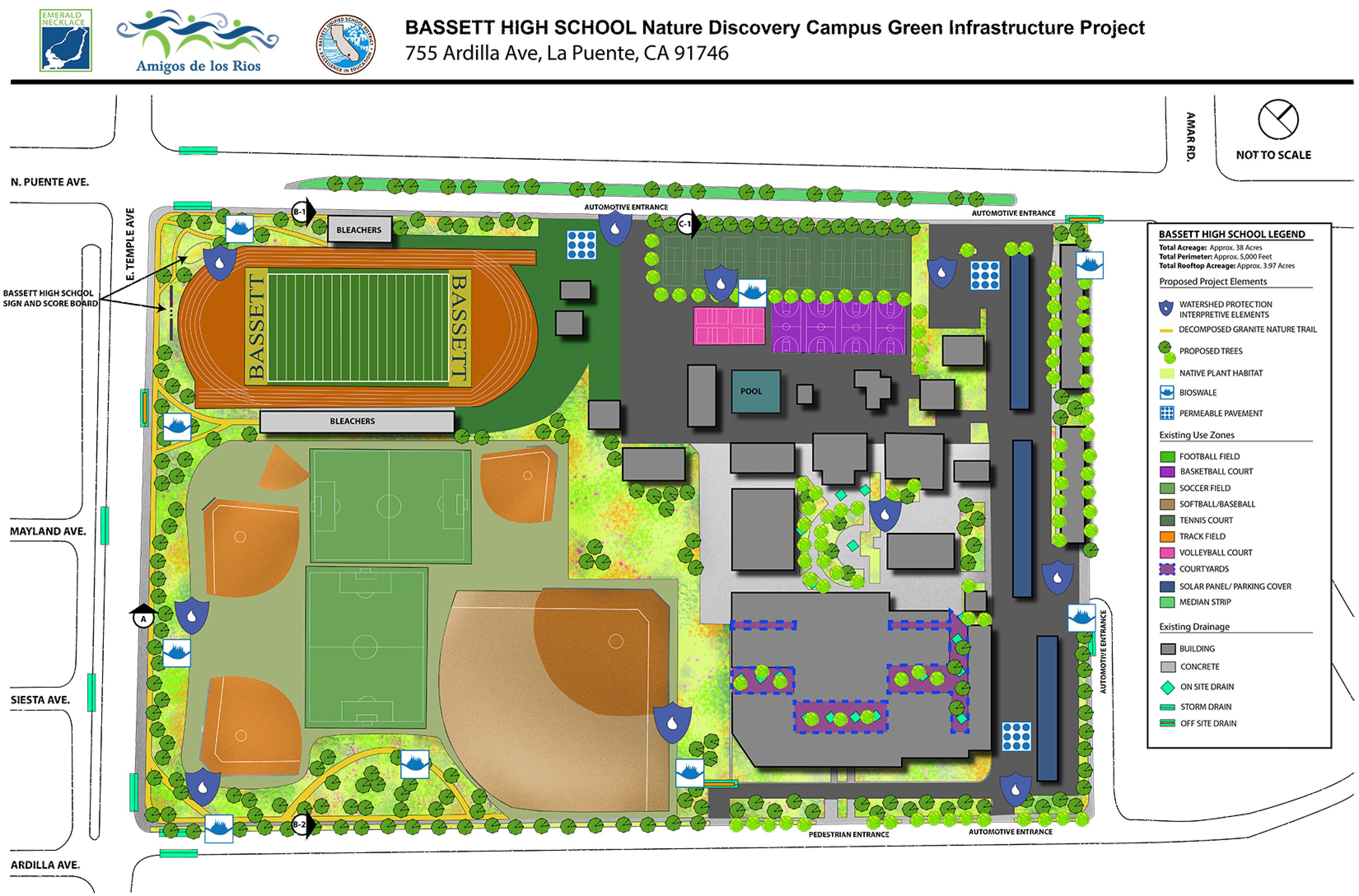