BALDWIN PARK – When he was in middle school, Isaac Aguila missed months and months of school as his family grappled with the unthinkable – the kidnapping of his father. By the time he reached high school, Aguila lagged far behind his peers.

Today, with the help of Baldwin Park Unified’s North Park Continuation High School, Aguila has not only caught up with his studies, he has excelled to the point that he graduated a year early, earning his diploma in August.

“Sophomore year is when I started to get it together,” Aguila said. “I pushed myself to go to school more because I needed to get an education to get a job and provide for my family.”

Aguila’s determination and academic excellence have earned him the 2017 Every Student Succeeding Award from the District’s chapter of the Association of California School Administrators (ACSA).

“Isaac has had to overcome many obstacles on his journey through life,” Pratt wrote in his nomination.

The kidnapping of Aguila’s father tops the list. His father was held for 62 days until his family could pay ransom. The trauma continued long after his release, disrupting Aguila’s focus on school.

Then, at the end of his sophomore year, Aguila’s girlfriend gave birth to his son, Isaiah. The birth was both a tremendous gift and a wake-up call.
“When my son came, I knew I had to figure out something to do,” Aguila said.

North Park counselor Claudia Sanchez, who wrote a letter supporting Aguila’s award, called his determination an example to other students.

“Many times, I have teen parents use their parental responsibilities as an excuse for not succeeding in school,” Sanchez stated. “Isaac, on the other hand, has embraced being a parent and has used this along with our school

Cal-SAFE program to help him achieve his goal of graduating high school.”
Cal-SAFE provides teen parents with support as they pursue their education. North Park, which hosts the program, is a model continuation school that boasts a 92 percent graduation rate – one of the highest in the state among continuation schools.

Aguila accelerated his education by taking advantage of North Park’s Cyber High Program, which allowed him to complete credits more rapidly. He worked straight through the summer and chopped an entire year off his high school career.

“Isaac is truly a perfect example of student success despite the odds,” Pratt said. “He is a role model and leader with the North Park teen parent groups. He also volunteers his time after school, providing Jiu jitsu training for children and teens.”

Aguila plans to enroll this spring at Mt. San Antonio College to begin his pursuit of a business degree.

He was honored by the Baldwin Park association in November and will be recognized again at the ACSA Region XV Spring Conference and Awards Dinner on Monday, April 30, 2018 and at ACSA’s annual Leadership Summit Conference in November 2018.

BPUSD_AGUILA_1: Baldwin Park Unified graduate Isaac Aguila earned his diploma a year early with support from North Park Continuation High School. He is being honored with an Every Student Succeeding Award. 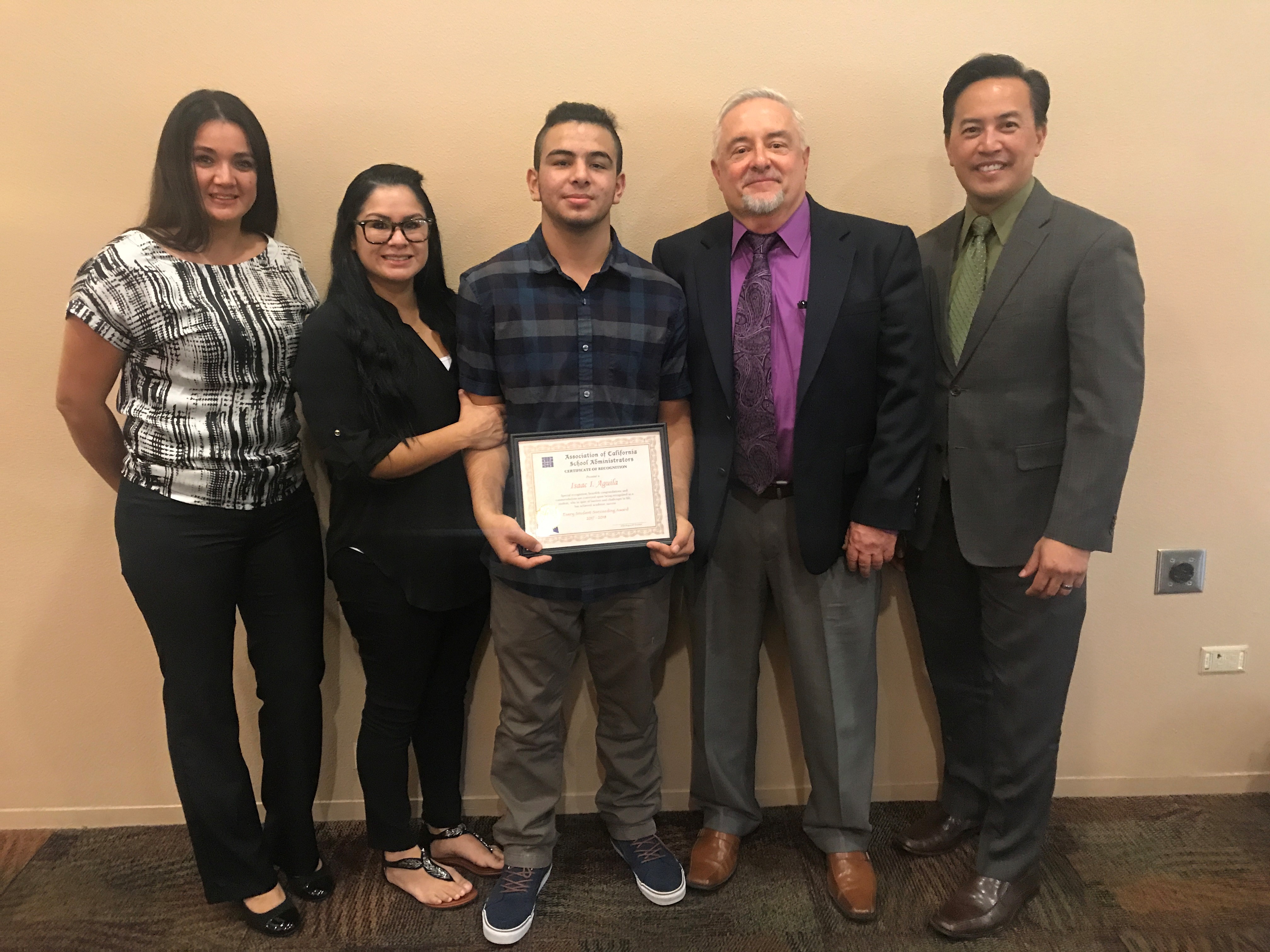