BALDWIN PARK – Sierra Vista High senior Jose Garcia, who has dreamed of performing at the Tournament of Roses with the Pasadena City College Honor Band since his freshman year, will get his wish this January.

Garcia, a baritone saxophone player, qualified for the prestigious band in October. He has since practiced with the honor band twice in preparation for the 129th Tournament of Roses Parade on New Year’s Day.

“I’ve wanted to do this since I learned from a friend in my freshman year how much fun it is,” Garcia said. “I tried out last year, but I didn’t make it.”

Garcia said he struggled with tone during that first audition. Realizing he had just one more shot at making the band, he asked band teacher Elva Gomez to help him learn the songs and rhythms.

“I improved a lot this year,” he said.

It paid off. He learned the day after his audition that he had qualified for the elite band. More than 600 high school students audition for about 200 spots each year, with those selected joining Pasadena City College’s Lancer Marching Band in the parade.

The Honor Band has marched the six-mile trek in every parade since 1930.

“Jose worked tremendously hard for this accomplishment,” Gomez said. “It’s a real credit to his work ethic and passion for music. We are proud he will represent Sierra Vista High School.”

The performers memorize and perfect five pieces during group and sectional rehearsals, and they train for the physical aspect during their marches around the hills at Dodger Stadium.

Practices began on Nov. 5 and will continue every Sunday in November and December, as well as almost daily during winter break.

Thousands of people crowd Colorado Boulevard to watch the Tournament of Roses Parade and millions more watch the broadcast in 200 territories and countries across the globe. The 2018 theme is “Making A Difference.”

Garcia, who has played saxophone for six years, also plays piano and baritone. He plans to major in engineering as he pursues a dream to become an aerospace engineer. He has applied to a slew of top engineering schools, but says he won’t be giving up music.

“I want to minor in music. It’s definitely a passion for me, and I want to continue it in college,” Garcia said. 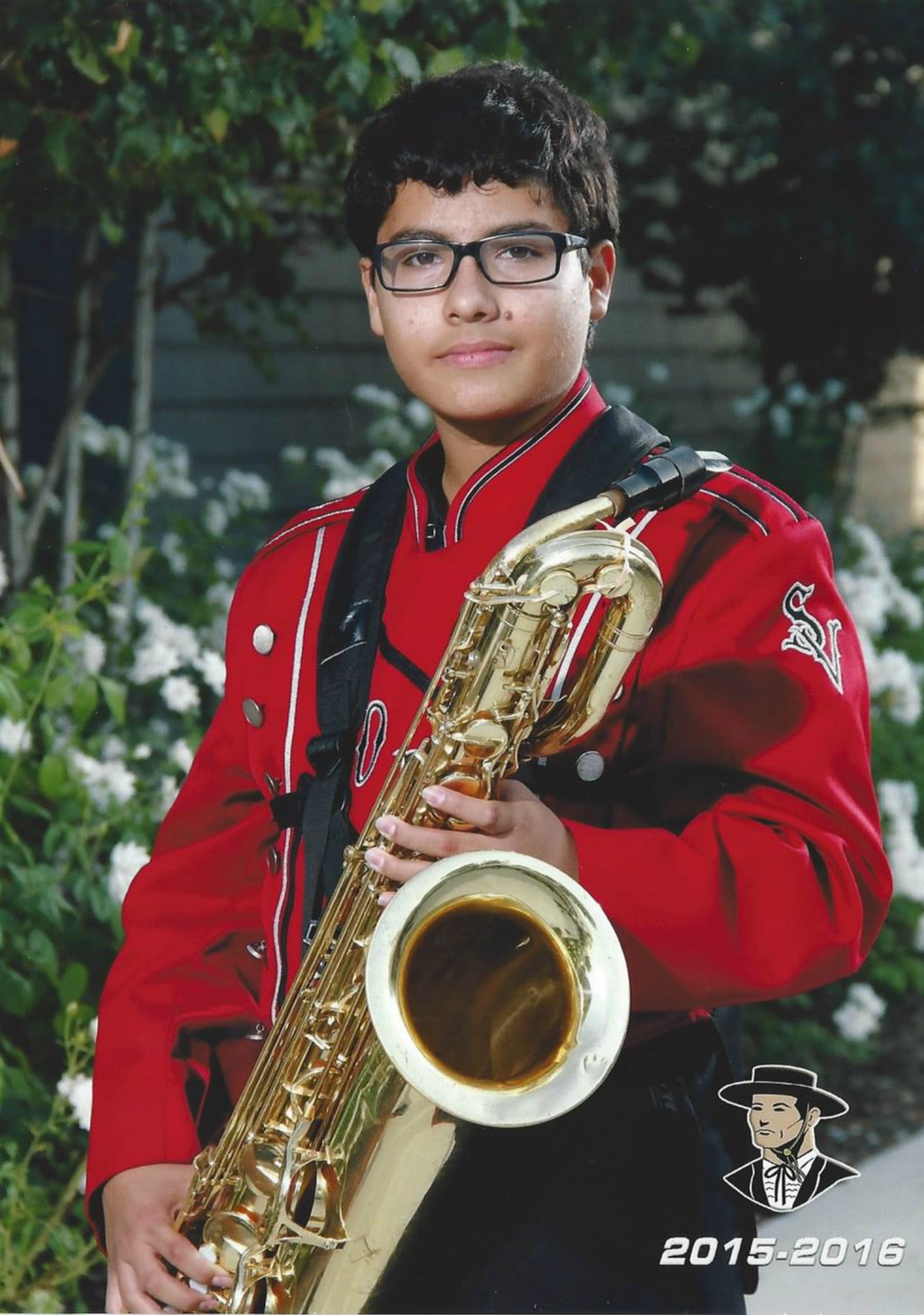