Heath students presented the pennies, donations from their families and neighbors, to fund a scholarship named in Heath’s honor. Margaret Heath was a longtime educator, administrator and volunteer for Baldwin Park Unified School District who suggested the scholarship in 1945, on her 85th birthday.

The Heath Scholarship is granted every year to Heath alumni to help pay for their college education.

“This is a special day in our history,” Heath Principal Maria Alonso said. “In their small way, our students are contributing to a college-going culture, exhibiting social behavior that brings together our community and will provide great benefits for them throughout their school life.”

“This is something I have looked forward to since I was a Heath student,” Negrete told the students. “I am so honored. I expect all of you to never give up on your dreams. Once a Heath Husky, always a Heath Husky.”

During the ceremony, Heath student council members told the story of Margaret Heath, who was born in 1860 and became principal of Central Elementary in 1913. After Heath retired, Baldwin Park Unified dedicated a new elementary school in her honor. The educator volunteered at the school in the decades after her retirement.
Heath sixth-grader and student council President Emily Hernandez said her community honors Heath on a daily basis.

“I used to come to the Heath day care when I was 1 year old,” Hernandez said. “I have collected pennies every year. It makes me feel like part of the family.”

After the presentation of the scholarships, Heath students donated dozens of bags of pennies, which were wrapped in the school colors. The money will fund next year’s scholarships.

“This is a wonderful way to embrace our history,” BPUSD Superintendent Froilan N. Mendoza said. “We are very thankful for our community and our kids. They learn the rewards of doing good work and establish goals for their future.”

HEATH 1: Margaret Heath Elementary wave flags as they begin to sing patriotic songs as part of Margaret Heath Day in Baldwin Park on Oct. 7. Heath, a long-time Baldwin Park Unified educator, asked the District to remember her with a special day that included the songs, flowers and donations of pennies for a scholarship. 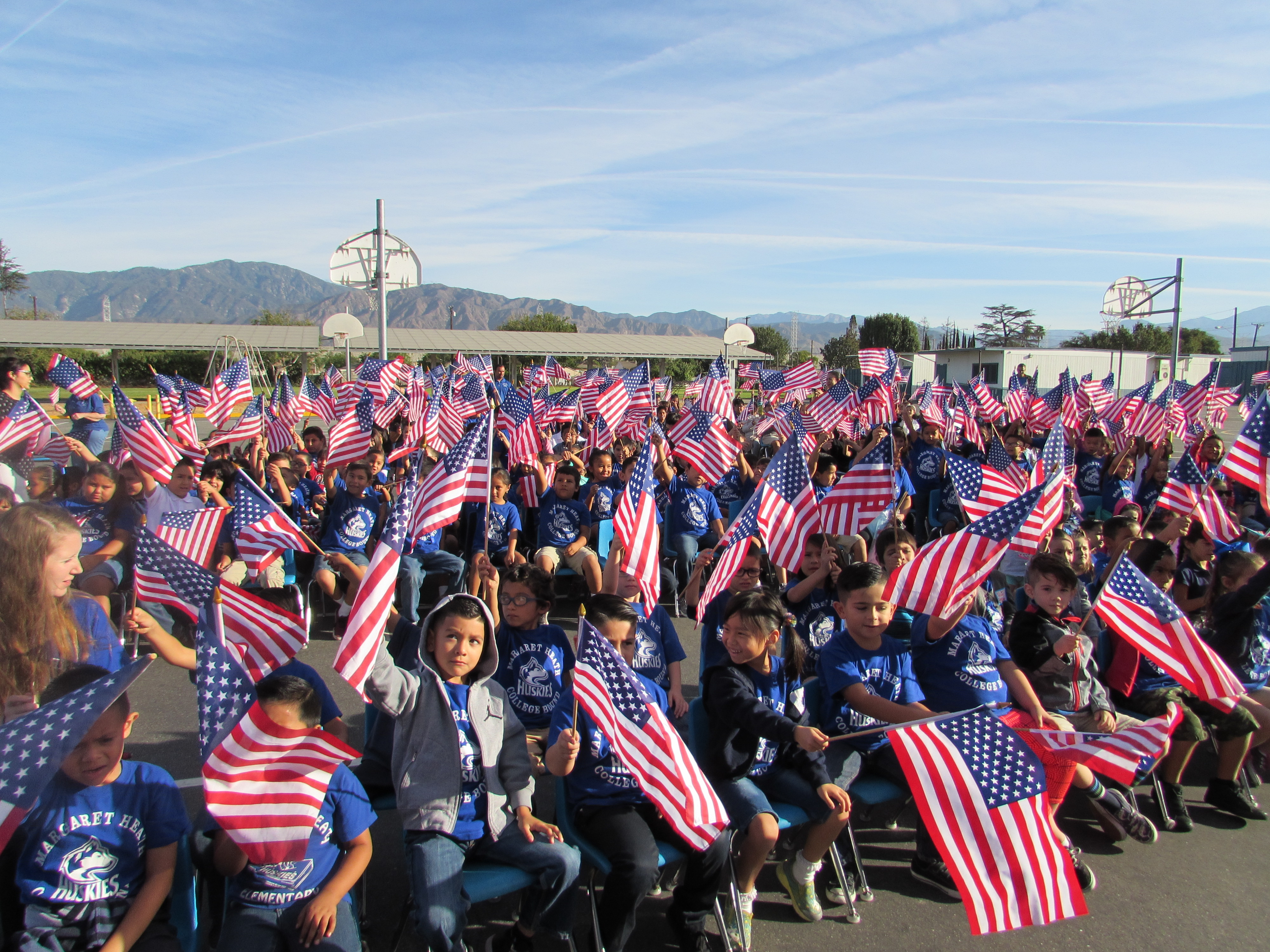 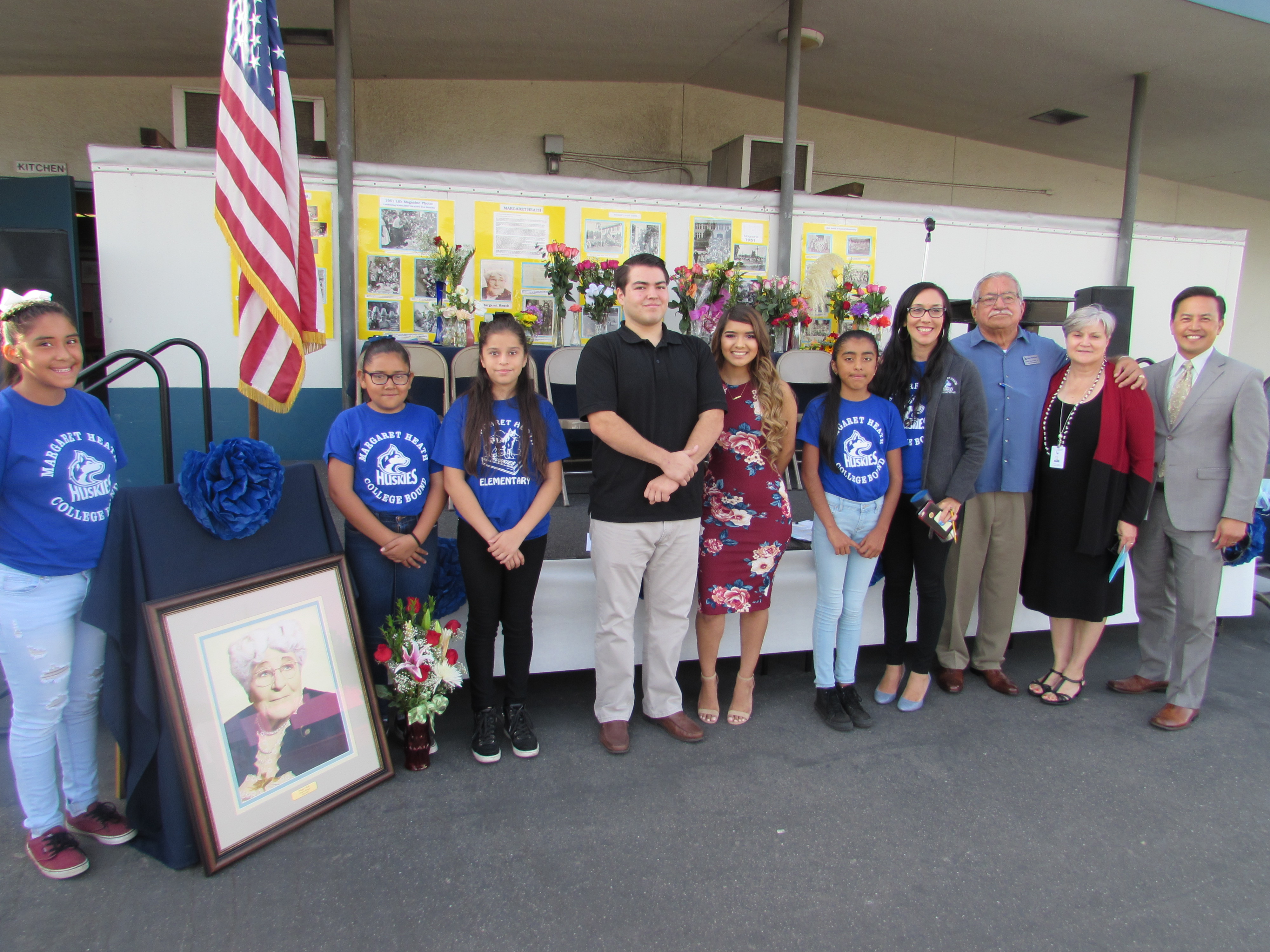