In all, some 300 backpacks were donated – and dozens remain available for needy students as the school year begins Aug. 11.

“We are incredibly indebted to the generous medical personnel and staff of Kaiser Permanente for stepping up on behalf of our students,” Baldwin Park Unified Superintendent Froilan N. Mendoza said. “It’s also wonderful to see the excited faces of these children as they receive these much-needed supplies for the year.”

Each year, three new schools are chosen for the giveaway, to ensure students across the district benefit. The backpacks contain a host of grade-specific school supplies, including pens, pencils, paints, crayons, scissors rulers, dictionaries, staplers, index cards, binders and notebooks.

At Vineland Elementary School, students were greeted with applause, cheers and hugs as helpers from Kaiser Permanente announced their names and led them to tables overflowing with backpacks.

For many, part of the excitement was the chance to decide which backpack color combination or character designs to choose. Star Wars was popular among some, Disney princesses among others. One student even snagged a pack decked out in tie-dye colors and flying hamburgers.

“It has two notebooks, pencils, erasers and scissors,” Abby said. “I like the colors.”

Abby was brought to the event by her brother, Michael, 19.

“It’s really great that they have an event like this for the kids,” Michael Almandarez said.

BPUSD_BACKPACKS1: Students at Baldwin Park Unified’s Vineland Elementary School stand with their backpacks on Aug. 10. The packs, loaded with school supplies and including such designs as flying hamburgers, Star Wars and Disney princesses, are among 300 donated to students through a partnership between the District and Kaiser Permanente Baldwin Park Medical Center.

BPUSD_BACKPACKS2: Abby Almandarez, a fifth-grader at Tracy Elementary School, stands with Principal Erika Valenzuela to show off the backpack she chose on Aug. 10. The pack, loaded with school supplies, was among 300 provided free through a partnership between the District and Kaiser Permanente Baldwin Park Medical Center.

BPUSD_BACKPACKS3: A Kaiser Permanente Baldwin Park Medical Center volunteer helps a student select a backpack at Vineland Elementary School during a back-to-school event on Aug. 10. Some 300 packs loaded with school supplies and including such designs as flying hamburgers, Star Wars and Disney princesses were donated to students through a partnership between the District and Kaiser Permanente Baldwin Park Medical Center. 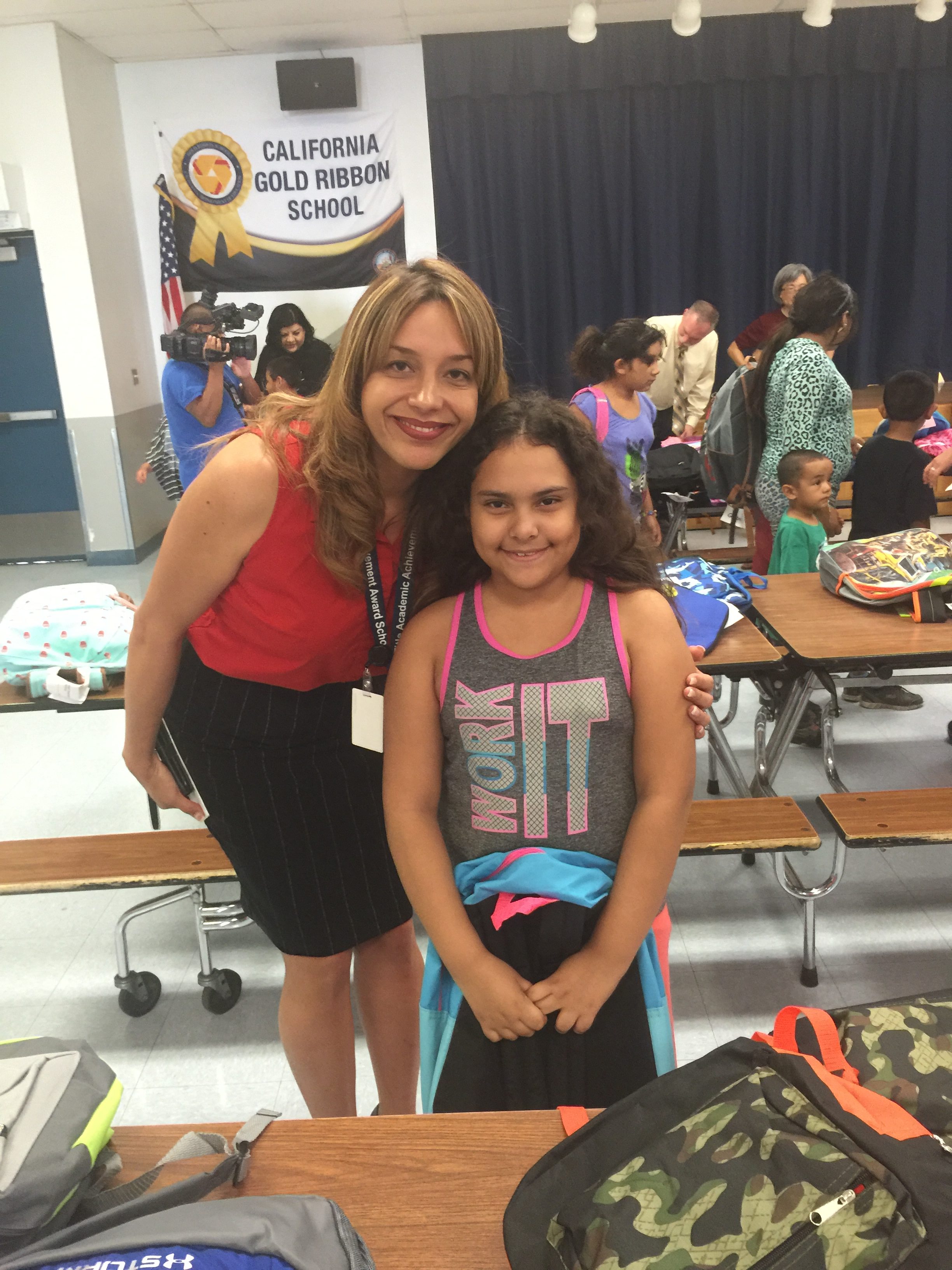 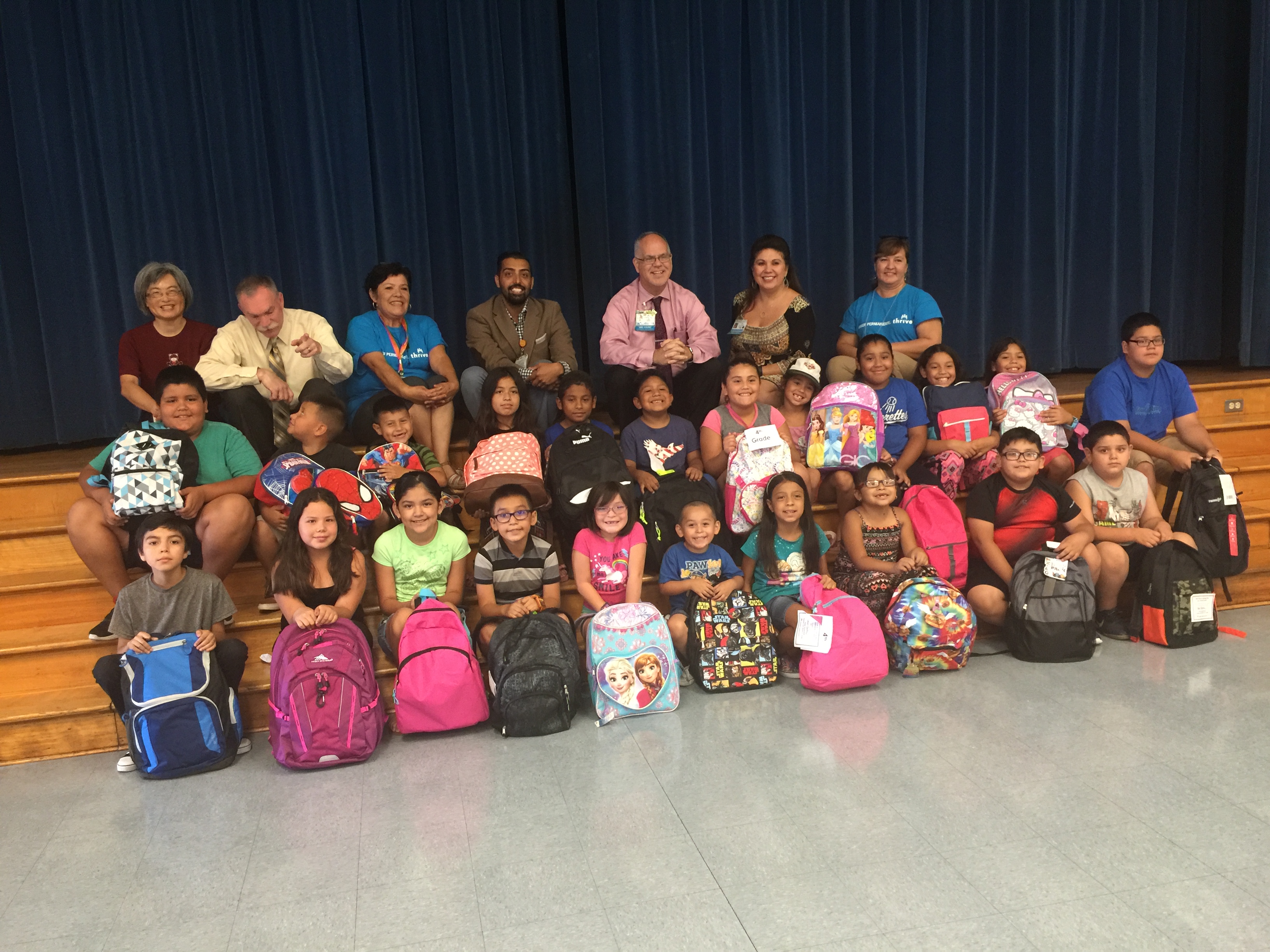 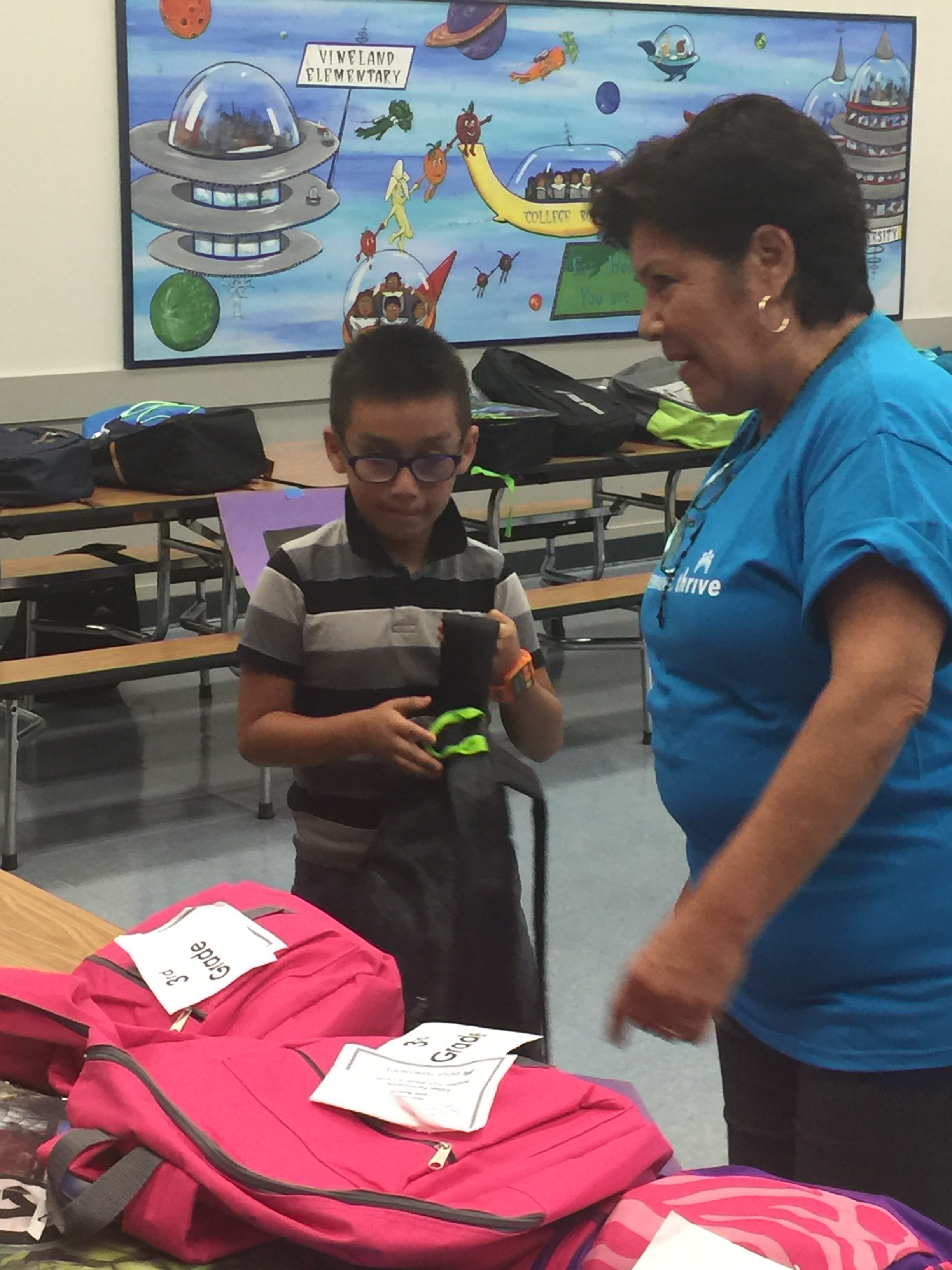