The event included recognition of students who earned California Seals of Biliteracy, which indicate fluency in at least two languages.

In addition, 25 students received $72,750 in local and community-generated scholarships and grants for their colleague endeavors:

The school also recognized students as members of its 2000 Club, for performance in its STEAM Academy and VITAL Academy, U.S. Marines and Valle Vista 5 Athletic Awards, which recognize the top five athletes from each high school in the Valle Vista league:

BPUSD_BPHS_GRAD_3: A Baldwin Park High School student poses with Principal Anthony Ippolito after receiving her diploma during a June 1 ceremony that included speeches by the class valedictorian and salutatorian.

BPUSD_BPHS_GRAD_4: A pair of Baldwin Park High School graduates celebrate receiving their diplomas after a June 1 ceremony that included speeches by the class valedictorian, salutatorian and Principal Anthony Ippolito. 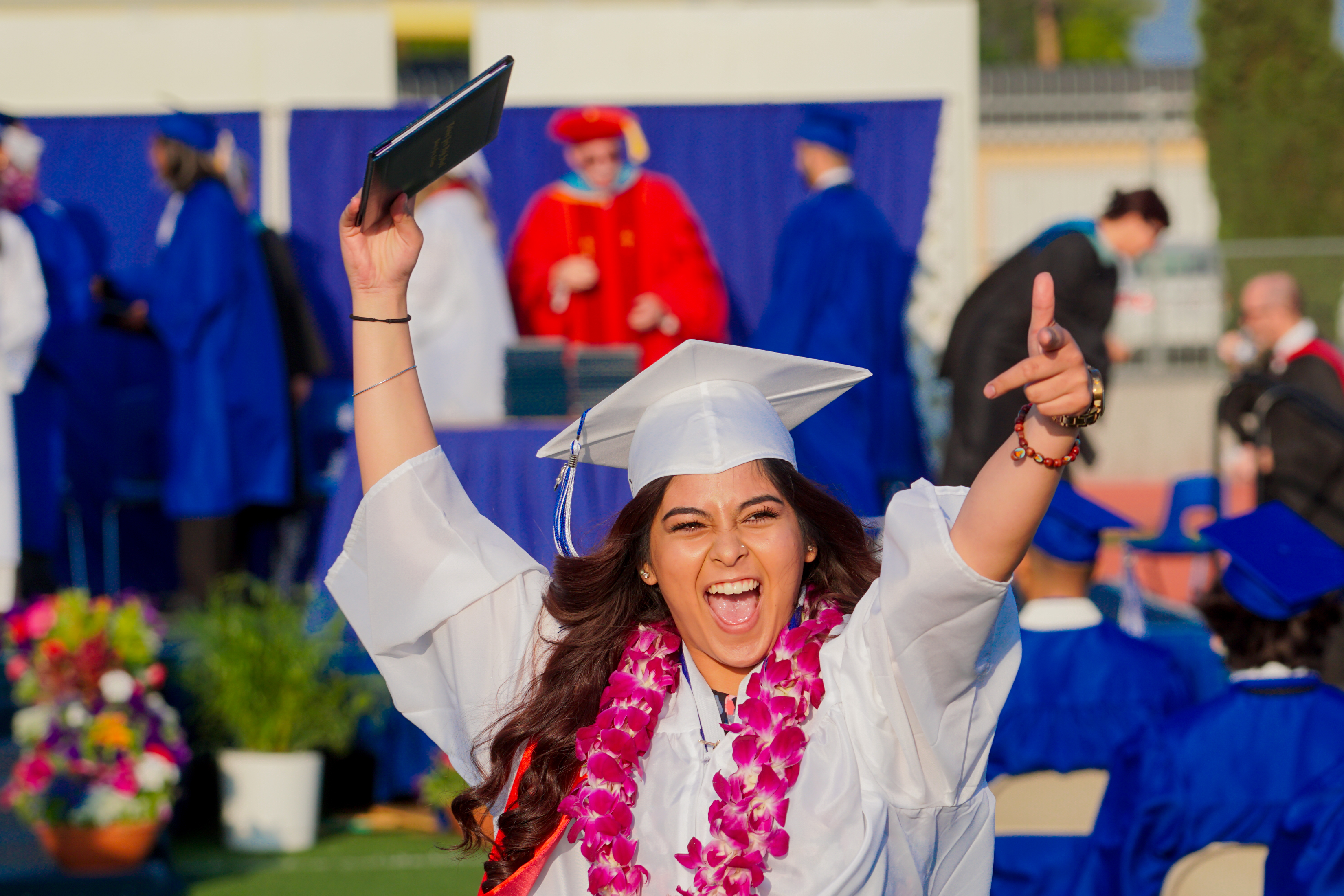 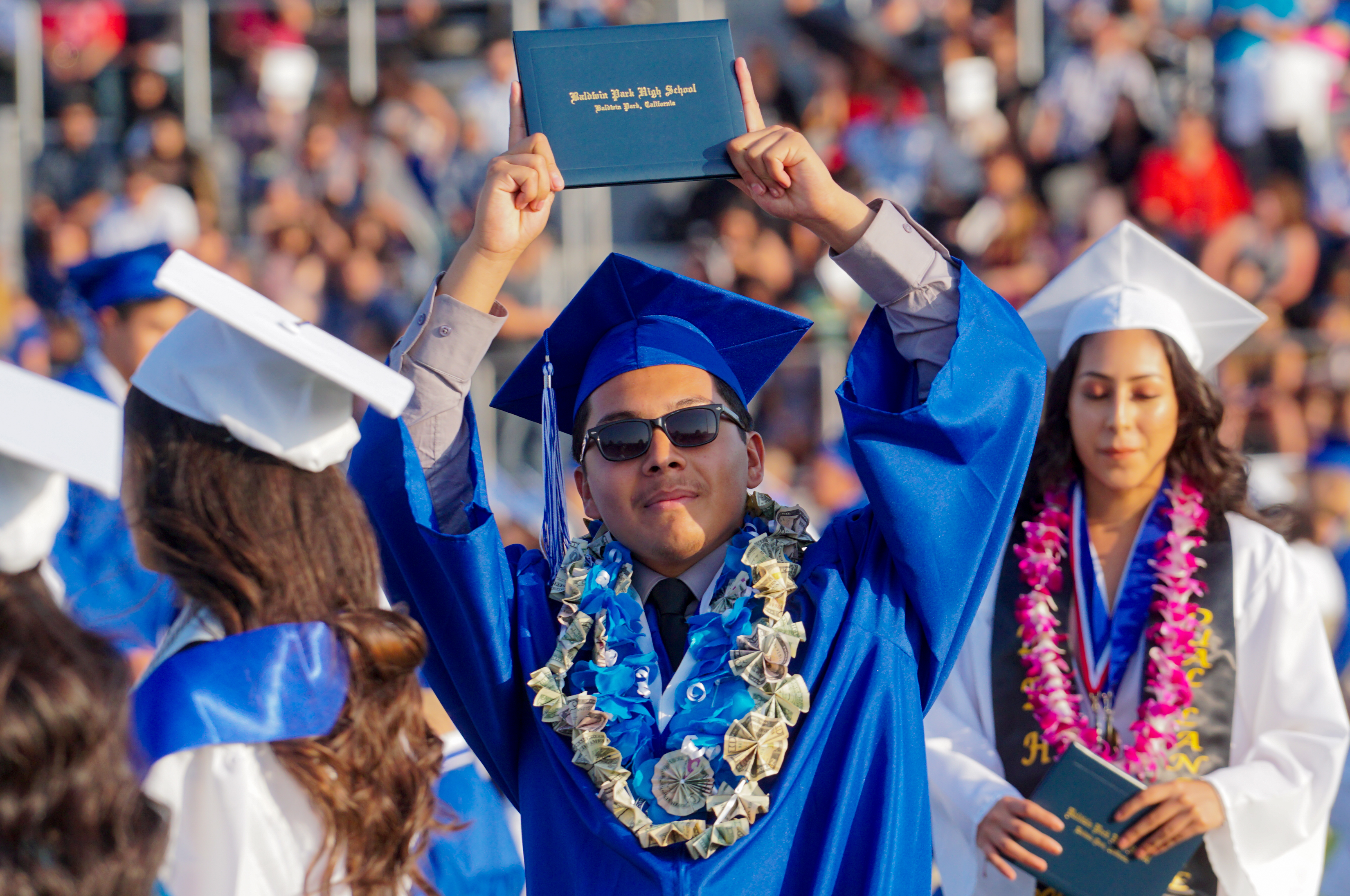 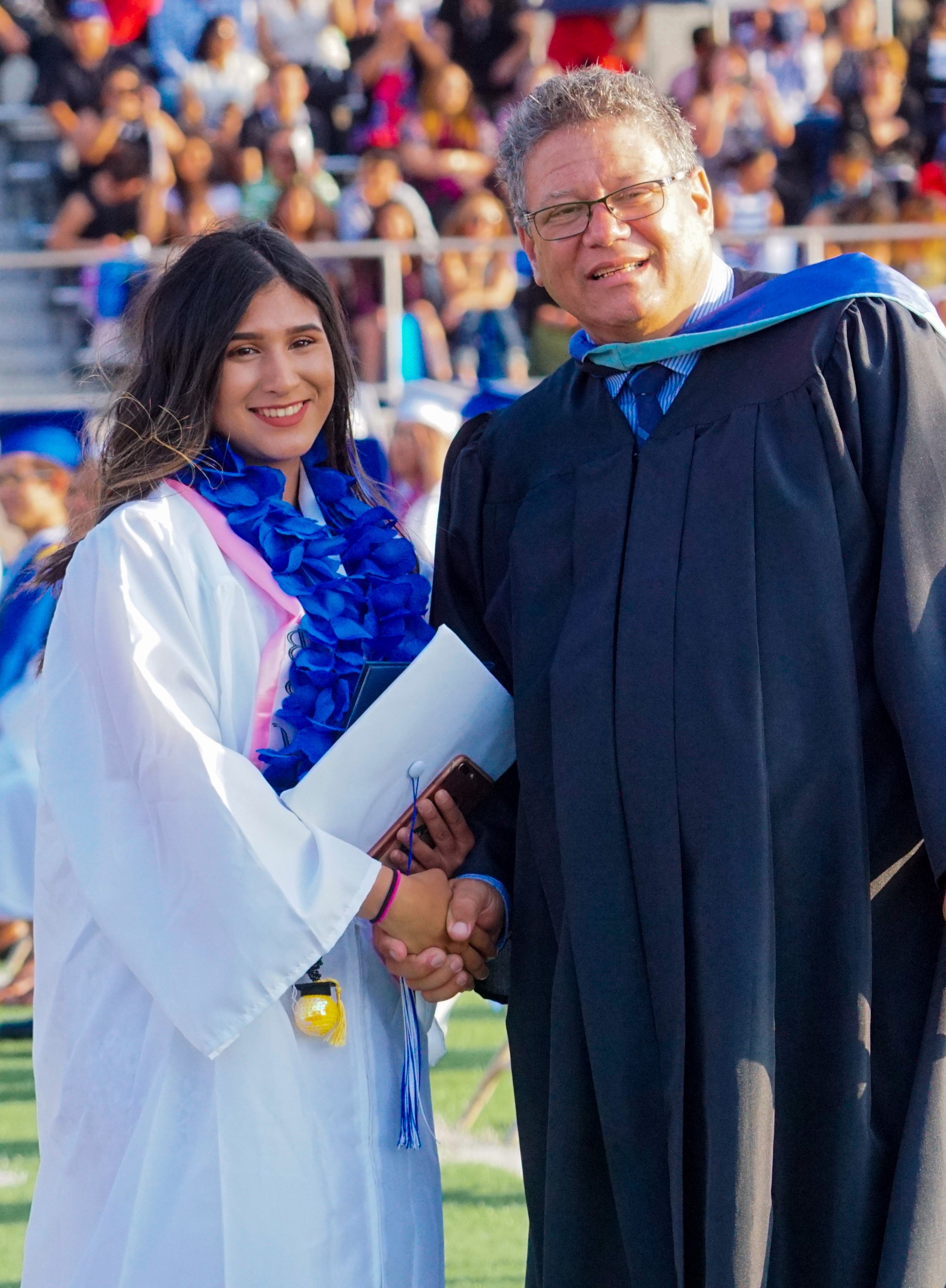 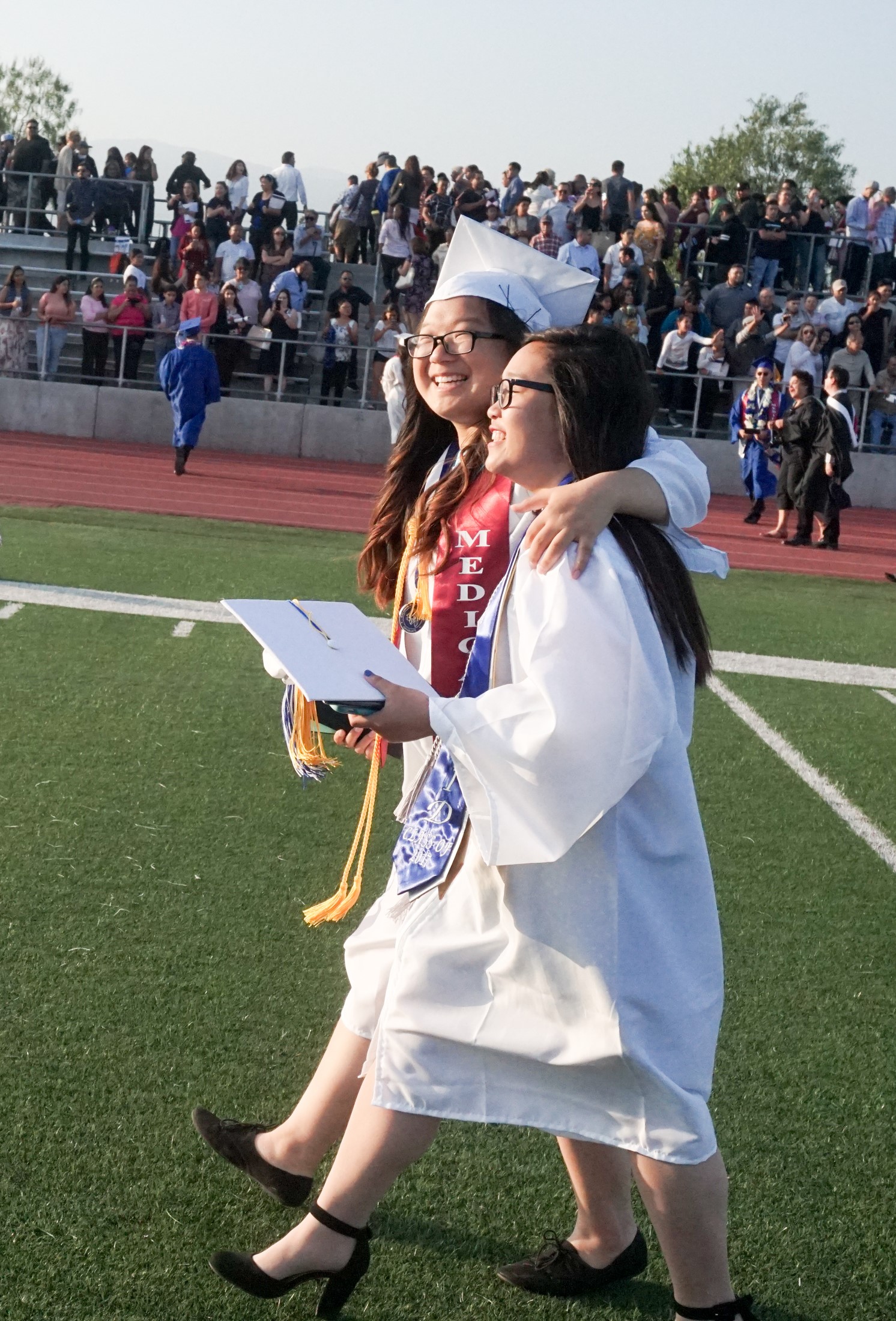