WHAT: Three teams of Azusa Unified’s Slauson Middle School students will serve as information technology professionals tasked with finding cybersecurity vulnerabilities while managing the network of a small company during the state round of the National Youth Cyber Defense Competition. The national competition – co-sponsored by the Air Force Association’s CyberPatriot education program and the Northrop Grumman Foundation – seeks to inspire students to pursue careers in science, technology, engineering and mathematics (STEM) fields.

Slauson students reached the state round after two qualifying rounds held in 2016. They are competing for the top placement within their state and region, vying to earn a place in the national finals, to be held in Baltimore, Maryland in April 2017.

MEDIA: The best photo opportunities will occur between 3 and 4 p.m.

PHOTO: AzusaCyber1: A group of Slauson Middle School students meets 2-3 times each week to learn coding and computer programming. They will compete in the National Youth Cyber Defense Competition on Friday, Jan. 13. 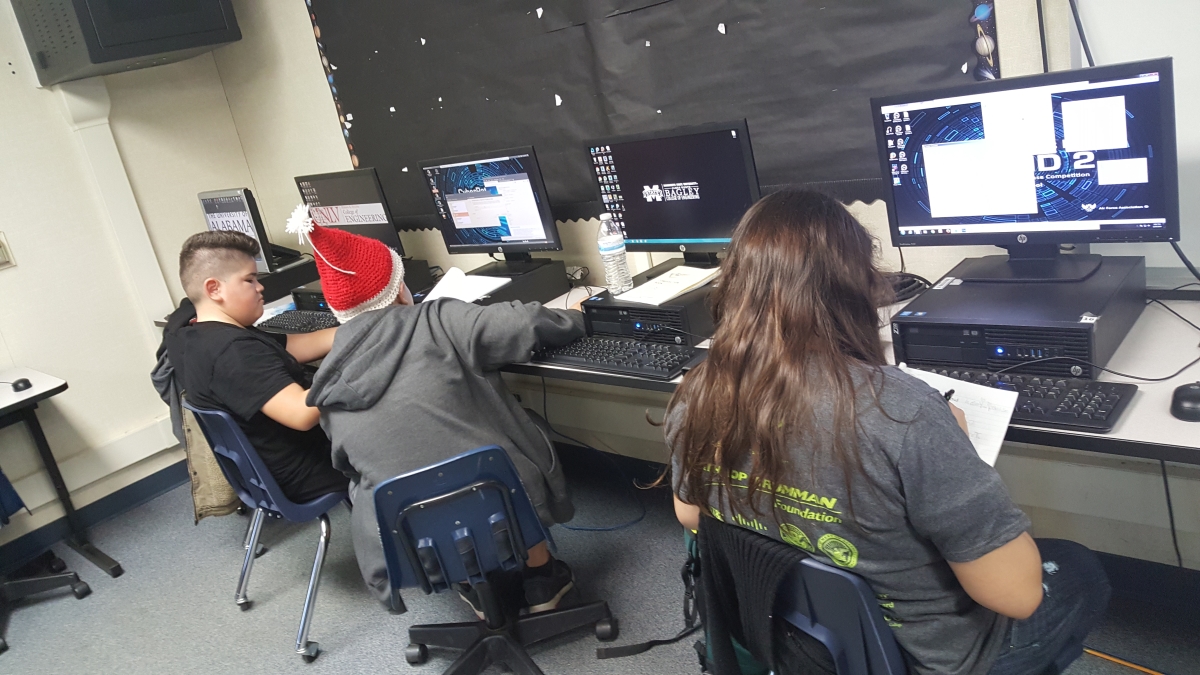