About 500 Murray Elementary School students collected nearly $3,000 in change from their neighbors to help schoolmates battling cancer; one fourth-grader is in cancer remission and one third-grader, diagnosed this year, is at the City of Hope hospital.

“We raised a lot of money,” said Lesley Rodriguez, Murray third-grader and student council representative. “We want our friends to get better soon.”

The funds went toward the Leukemia and Lymphoma Society’s Pennies for Patients cancer research program, which helps fund breakthrough therapies and patient services.

“Our student council representatives wanted to show their support by participating in a fundraiser,” Murray Principal Saida Valdez said. “They really came through for their friends in remission.”

Pennies for Patients is one component of the Leukemia and Lymphoma Society’s Student Series, a service learning and philanthropy program which has engaged more than 14.5 million students in 28,000 schools across the country, raising more than $27 million in 2014-15.

“Rallying in support of their classmates and raising money for a charitable cause shows maturity beyond their years,” said Dr. Linda Kaminski, Azusa Unified School District Superintendent. “We are so thankful to Principal Valdez, her staff and her students for their hard work and compassion.”

In addition to raising thousands of dollars for cancer research, Murray students also received extra perks for participating in the fundraising event.

Murray teacher Derrick Riggs’s fourth-grade class raised the most money and, as a reward, the entire class threw whipped cream pies at Principal Valdez and student council advisor Adrian Acosta. In addition, Olive Garden restaurants will deliver a pasta party to Riggs’s classroom as part of their Pasta for Pennies program to supplement Pennies for Patients.

“I am so proud of the Murray students for taking the time to participate in a wonderful community service,” said Yolanda Rodriguez-Peña, Azusa Unified Board of Education President. “These are our future leaders and they are already making a huge impact.” 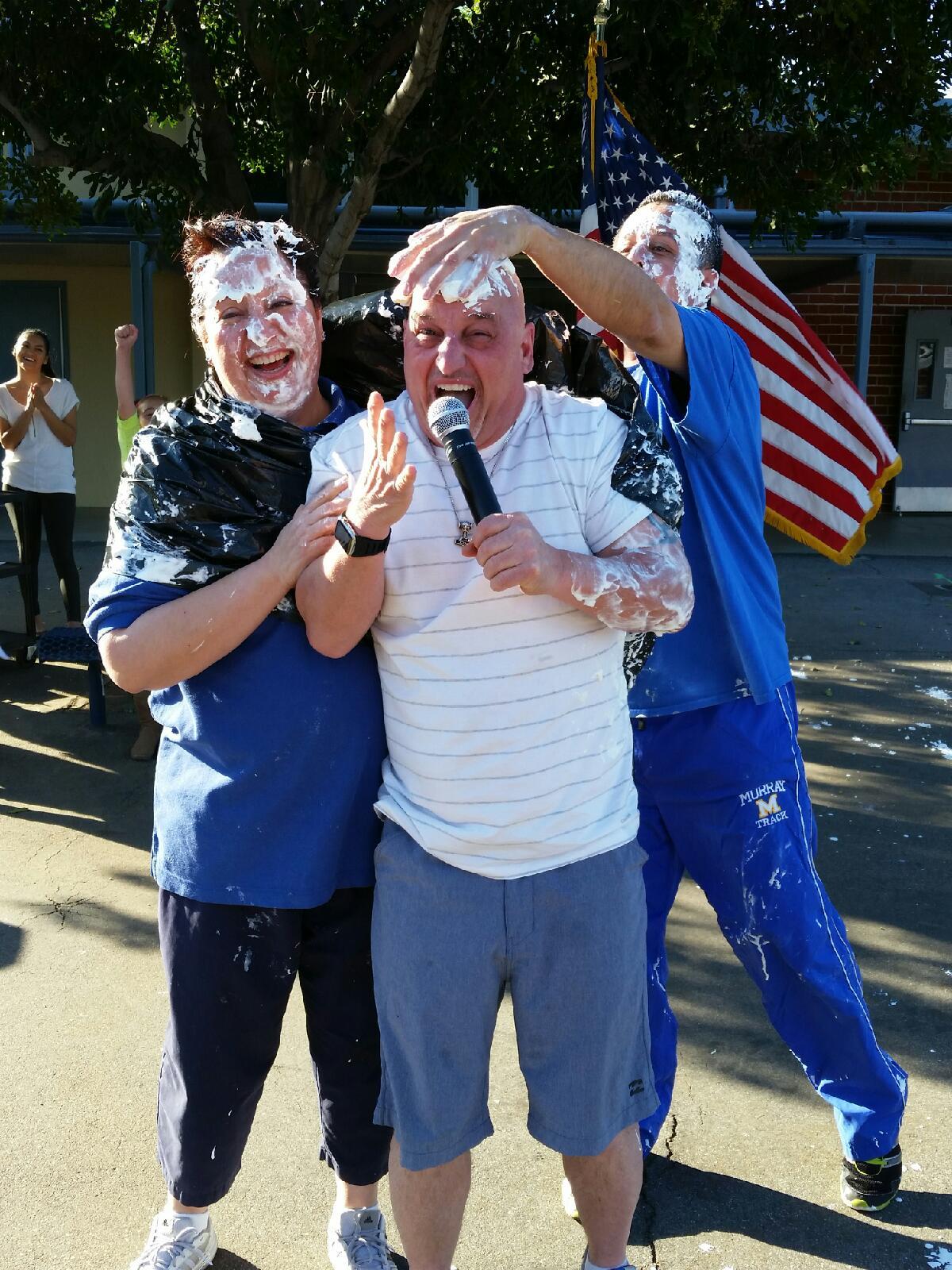