MONTEBELLO – While it has felt like forever since siblings Alexa, Bella and Carlos Jr. Torres last saw their father, a U.S. Army sergeant stationed in Korea, the trio got the shock of a lifetime when he surprised them during a Spirit Assembly at Washington Elementary School on March 14.

After Alexa, 9, Bella, 7, and Carlos Jr., 5, were called to the front to speak to classmates about how they miss and love their father, Sgt. Carlos Torres, decked out in his camouflage garb, slid out of the school’s library, where he had been hiding with family, to surprise his children in front of the student body.

“I could not be more excited to be here,” said Torres said. “I’ve always wanted to do this, but never had the opportunity until now. My family means everything to me.”

Torres had been stationed in Osan, Korea working in aviation operations since June of last year after spending time in Afghanistan. While Skype and telephone calls have allowed him to communicate with his kids throughout his seven-year stint in the Army, he always dreamt of surprising his children at school.

“He called me months ago from Korea asking if he could surprise each of them in their classrooms,” said Principal Lili Atoyan. “However, since we hold our Spirit Assembly every week, where students sing patriotic songs and learn more about our American cultures and traditions, I suggested he surprise them during the assembly.”

All three children, students in kindergarten, first- and fourth-grade, were delighted to see their father, as was his youngest daughter, Kathryn, who is 17 months. Tears, hugs and smiles were abundant during the reunion, and many extended family members joined in to celebrate with the students.

“Our service men and women sacrifice so much to protect and serve our country, and many are members of the Montebello community,” MUSD Board of Education President David Vela said. “We thank Sgt. Torres for his sacrifice and for taking the time to celebrate his homecoming with our students at Washington Elementary.”

Torres, who comes from a family of armed service men, is on a 30-day leave from the Army. He arrived last night and stayed at his parents’ home in order to keep the surprise from his children. He has plans to take his family to Legoland and Disneyland while home.

“Having our students reunite with their father was so heartwarming and special, especially during the school’s patriotic assembly,” said Superintendent of Schools Cleve Pell. “We thank Sgt. Torres for his service, and hope he enjoys his time with his family.” 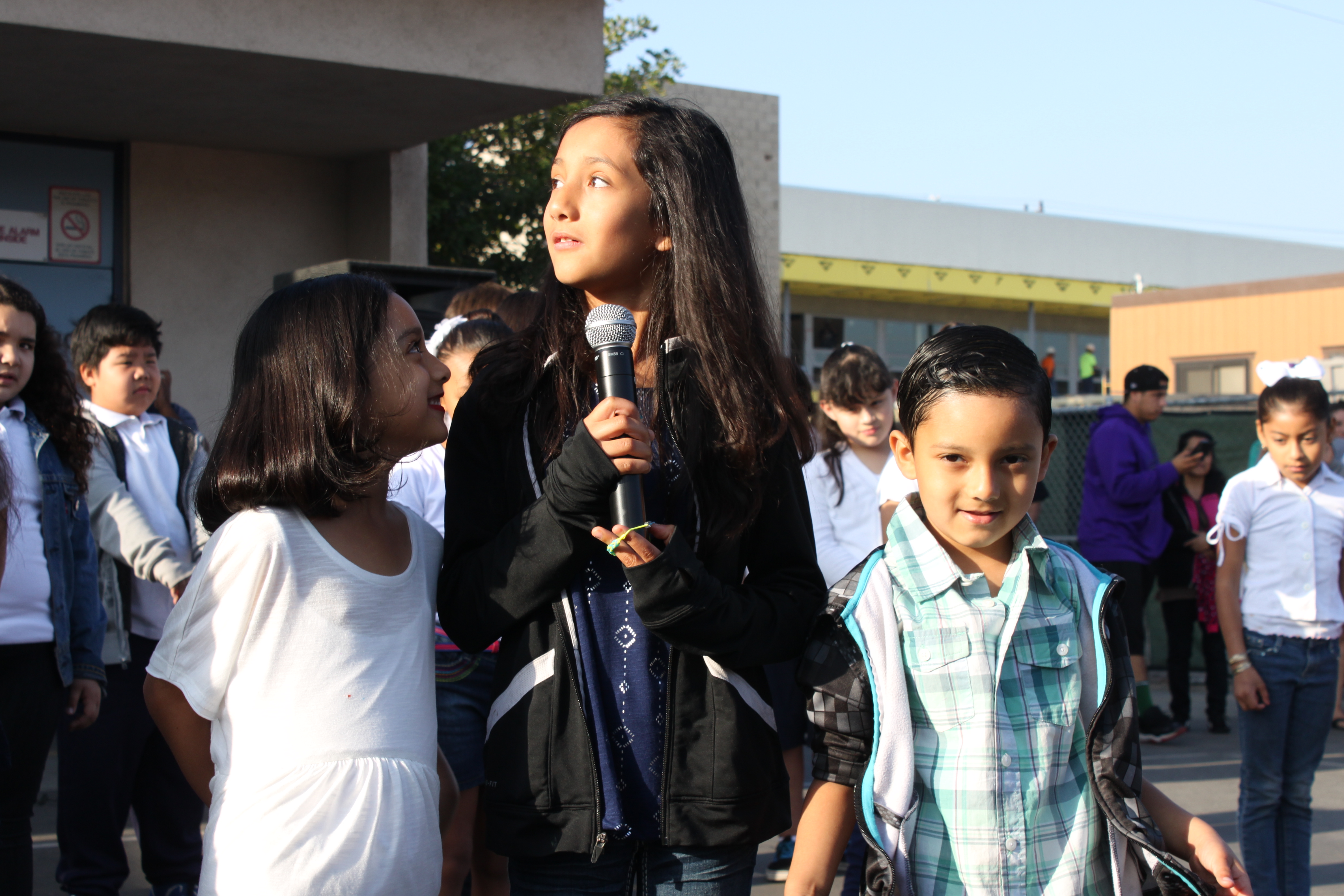 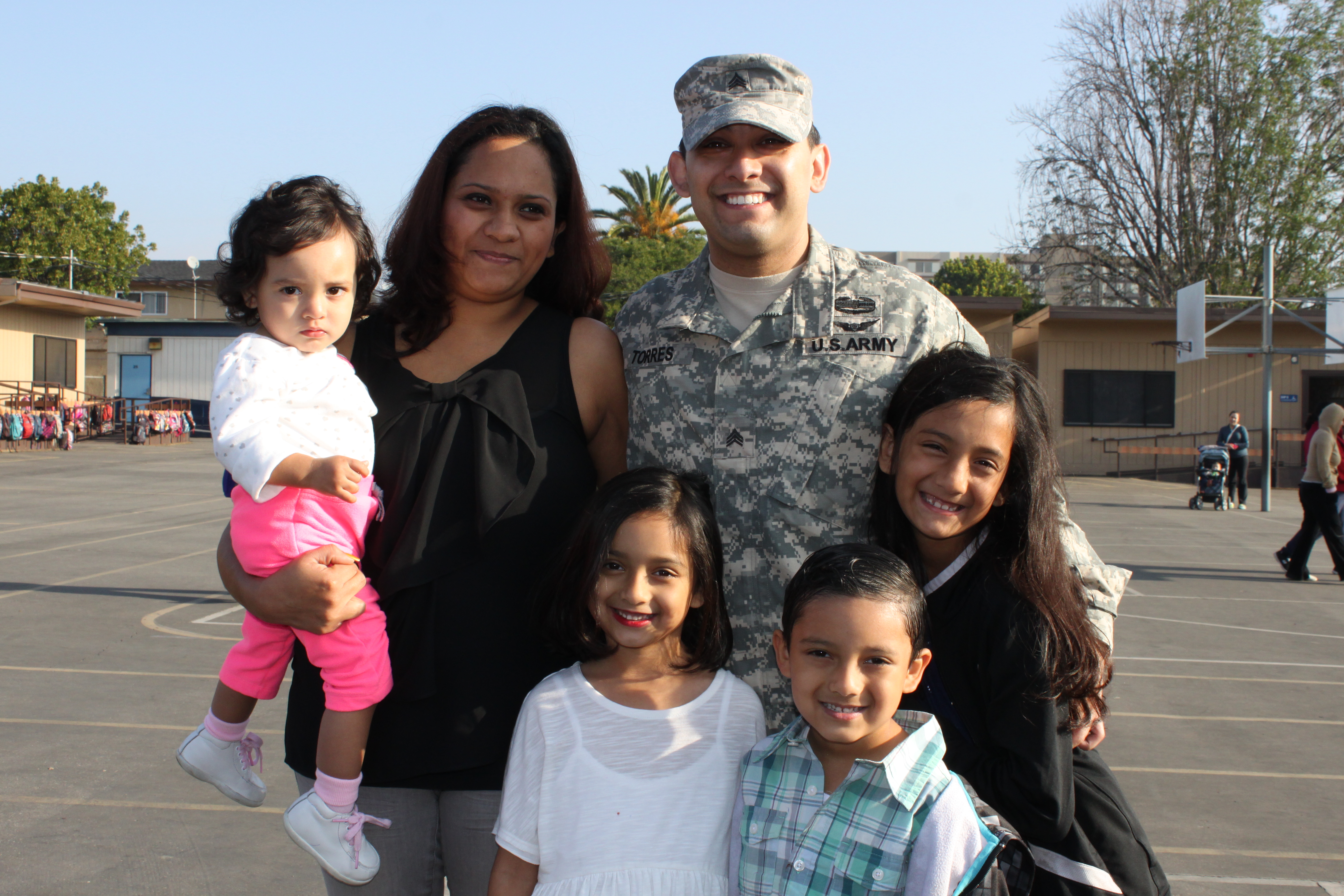 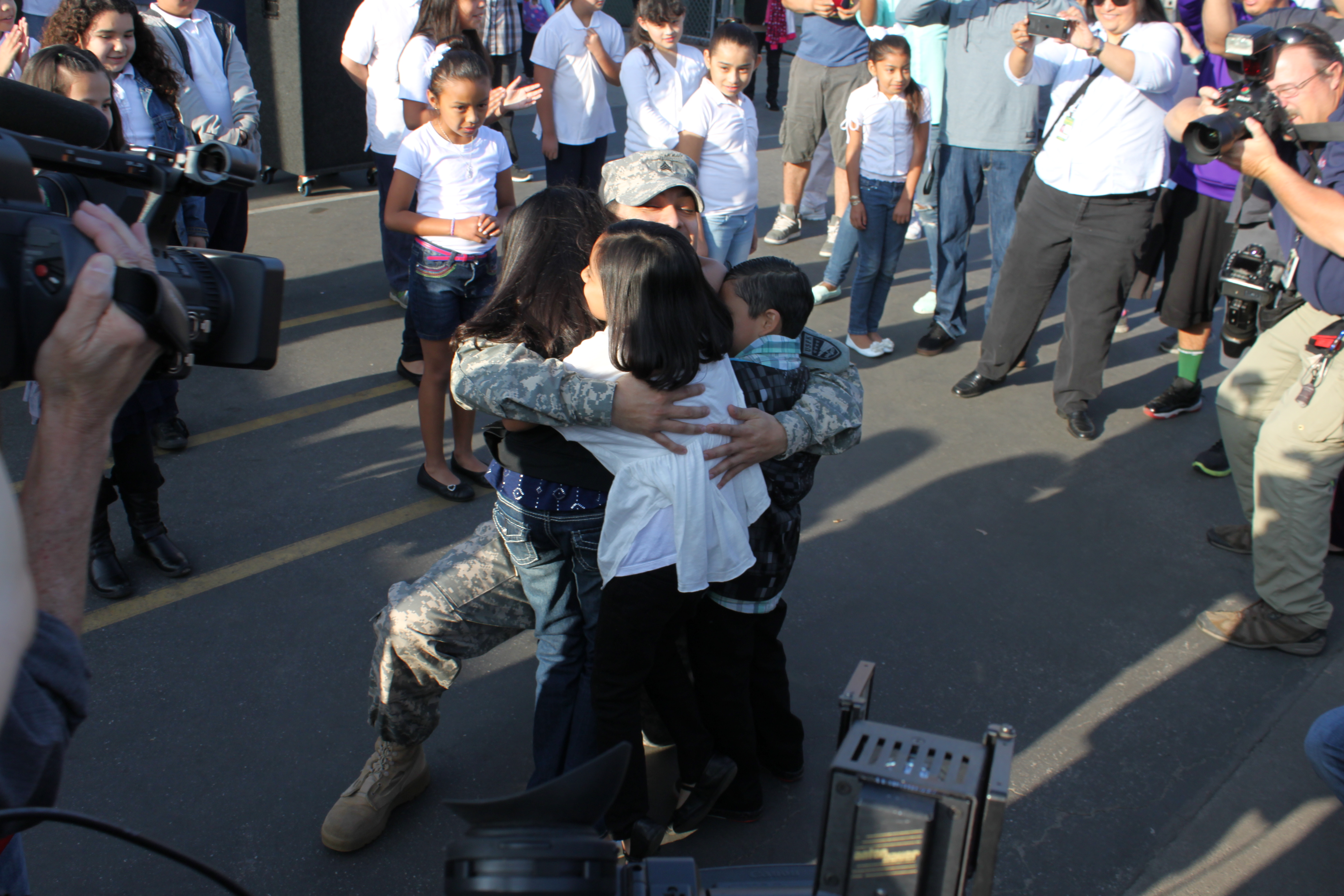