A luncheon for the honorees, their parents, administrators, District administrators and American Legion representatives was held May 23 at Durfee School.

The awards were bestowed to students who best exemplify the American Legion principles of courage, honor, leadership, patriotism, scholarship and service. Two winners were selected from each school, with two to three additional students from each school receiving honorable mentions.

District eighth-graders were made aware of the criteria for winning the awards at the start of the year and were inspired to find new ways to become emboldened leaders.

Rio Hondo School award recipient Naruaki Alden Okashima said hearing about the deeds of American Legion members moved him to try his hand at student politics to become a role model for others.

“I realized I had to leave my mark at Rio Hondo and ran for ASB president. And you chose me,” Okashima said. “Have the courage to stand up for what you believe in and what you aspire to be. Being a leader can be challenging, but it is worth it.”

The awards were conferred by retired Marine and Vietnam veteran Jay Morales, who has presided over the annual ceremony for more than 40 years. El Monte City School District Superintendent Dr. Maribel Garcia presented Morales with a plaque of recognition during the luncheon.

“I was 18 years old when President John F. Kennedy said, ‘Ask not what your country can do for you, but what you can do for your country’,” Morales said. “You are the future of this country. It takes courage to lead, but I believe all of you have the courage to stay in school and be ready.” 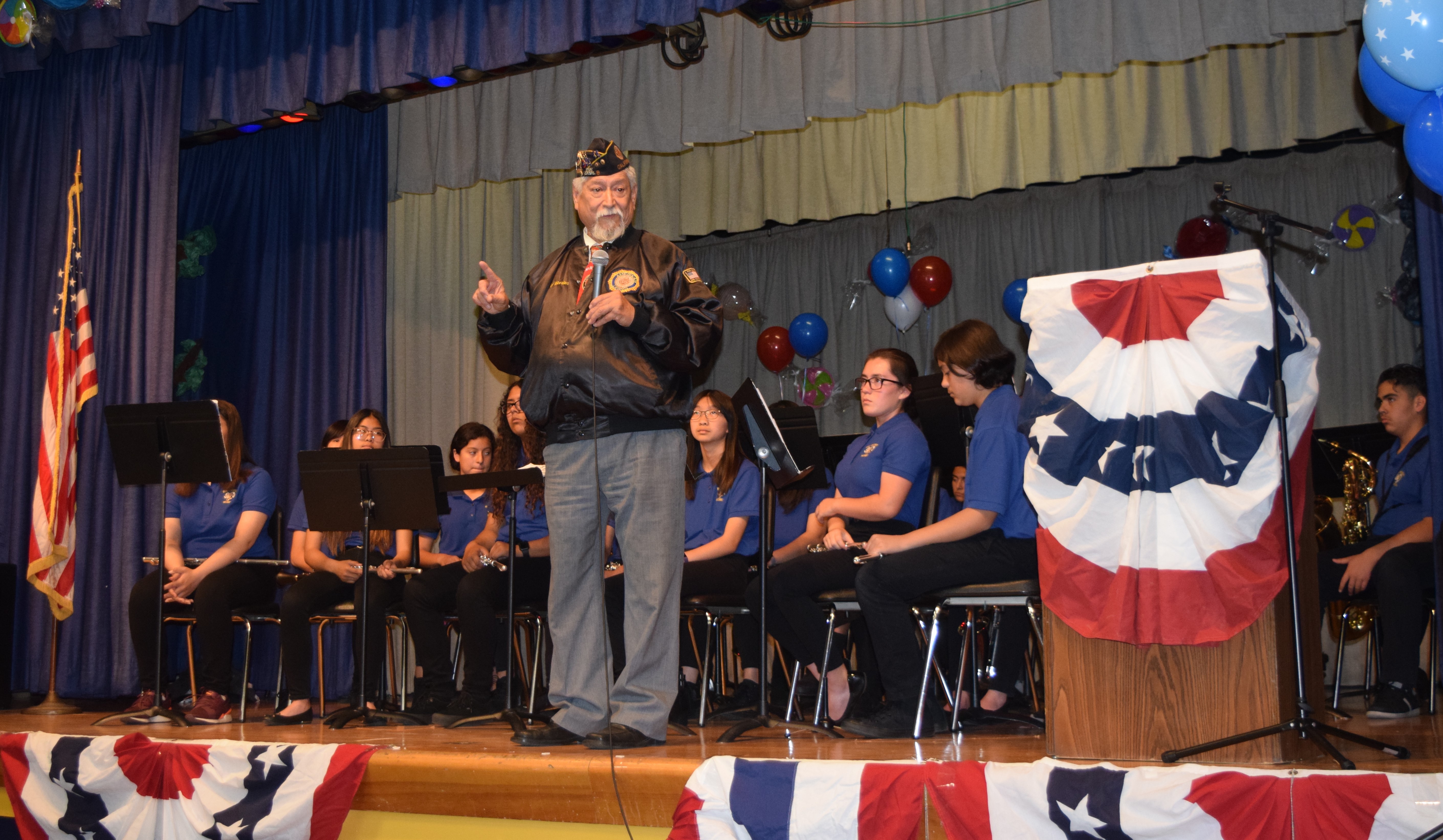