The American Cancer Society (ACS) honored Johnston Elementary School’s Relay For Life Norwalk fundraising team with the Spirit of Relay award, recognizing its efforts to raise $10,000 in donations during the 2016 Relay For Life event.

“We do this for our family and our friends,” Calma said. “The motto of the Relay For Life is that cancer never sleeps. We will continue to relay as long as cancer is an issue.”

The Johnston Relay For Life Norwalk team was formed in 2012 to honor the elementary school’s office secretary, parent and former PTA president, Sue Evangelho, who was a cancer survivor along with Calma and Attendance Clerk Norma Avila. She helped organized Johnston’s first fundraising team, which raised $5,000 in its first year. Evangelho agreed to co-captain the 2013 team after she planned to retire, but unfortunately passed away in 2012.

To continue the fight against cancer in Evangelho’s honor, Team Johnston has since raised nearly $50,000.

“Team Johnston are truly heroes in the fight against cancer,” Norwalk-La Mirada Unified Board of Education President Karen Morrison said. “To see our District rally together in support of Evangelho and continue her mission is an inspiration to us all.”

Team Johnston has been recognized with a series of individual and group awards since 2012. The team was named to the Jade Club for raising $10,000, and won awards for having the largest team and selling the most luminaria bags, which are personalized bags lit by a candle in honor of someone affected by cancer.

After the award presentation, Calma and Avila shared an emotional moment with Doug Schiefelbein, whose wife, Peggy, a longtime Johnston attendance clerk, passed away from cancer in January.

“I am so proud of Dan Calma and Team Johnston, who have worked so hard to keep Sue and Peggy’s memory alive, and are giving hope to so many battling this disease,” Superintendent Dr. Hasmik Danielian said. “Thank you to the American Cancer Society and Relay For Life Norwalk for recognizing their dedication and spirit.” 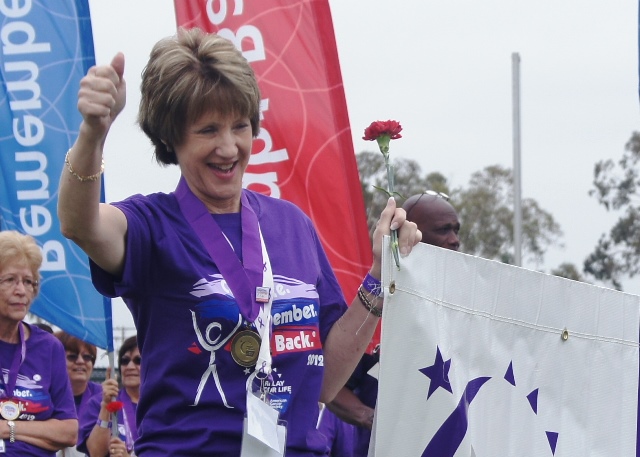 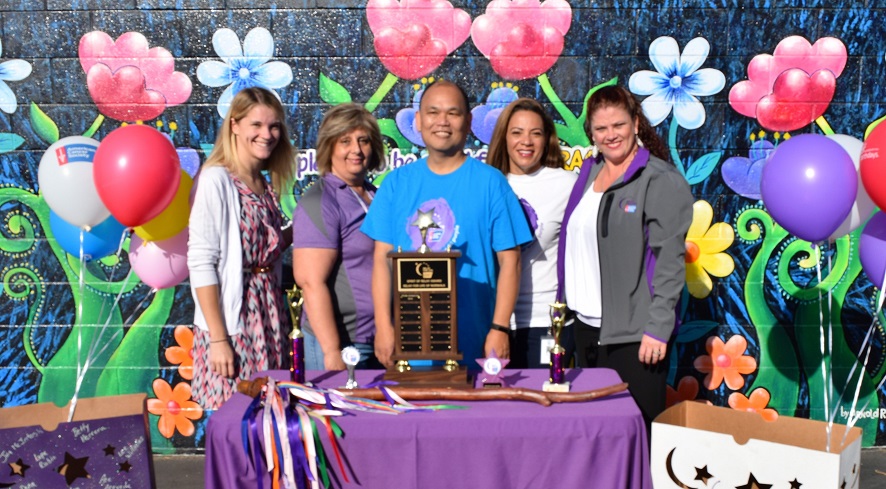