BUENA PARK, CA – Emery School was alive with cheers, dancing and applause during its drive-thru promotion ceremonies, which congratulated fifth- and sixth-grade students on completing a milestone in their educational journeys.

Sixth-grader Noelani Canotal gave her teachers a friendly “hang 10” hand sign during the ceremony and thanked them for preparing her classmates and her for middle school. Canotal said she is looking forward to attending Beatty Middle School in 2020-21.

“I just want to tell my classmates that everything will be OK and that there is a lot to look forward to,” Canotal said. “So be the best scholar you can be.”

Sixth-grader Kayden Kang, who earned several awards, including the Presidential Silver Award, said she does not yet know where she will attend middle school, but that Emery has prepared her for wherever her education takes her.

“I want to thank Mrs. Little since she inspired me the most,” Kang said. “She made learning engaging by always being encouraging and supportive, which motivated me to reach higher goals.”

The ceremonies included two photo stations, colorful signs made by teachers and administrators and an announcement of students and their achievements. Students and families wore masks and followed social distancing rules to maintain safety.

“I think it was wonderful that our families were able to come out with decorated cars and high spirits,” Emery Principal Julie Linnecke said. “I’m so proud of all our students and families and of our staff for putting this event together because it was something that we wanted to do for our students.”

060320_BUENAPARK_EMERYPROMOTION1: Emery School sixth-grader Dorothy Madison stands with her family and their decorated van as they celebrate her promotion to the seventh grade during the school’s drive-through ceremony on May 28.

060320_ BUENAPARK_EMERYPROMOTION2: Emery School sixth-grader Noah Hitomi celebrates his promotion to the seventh grade and class honors, including a Presidential Silver Award, during the school’s drive-through ceremony on May 28.

060320_ BUENAPARK_EMERYPROMOTION3: Emery School fifth-grader Maxwell V. receives his promotion certificate, class photo and a goody bag during the school’s drive-thru ceremony on May 28. 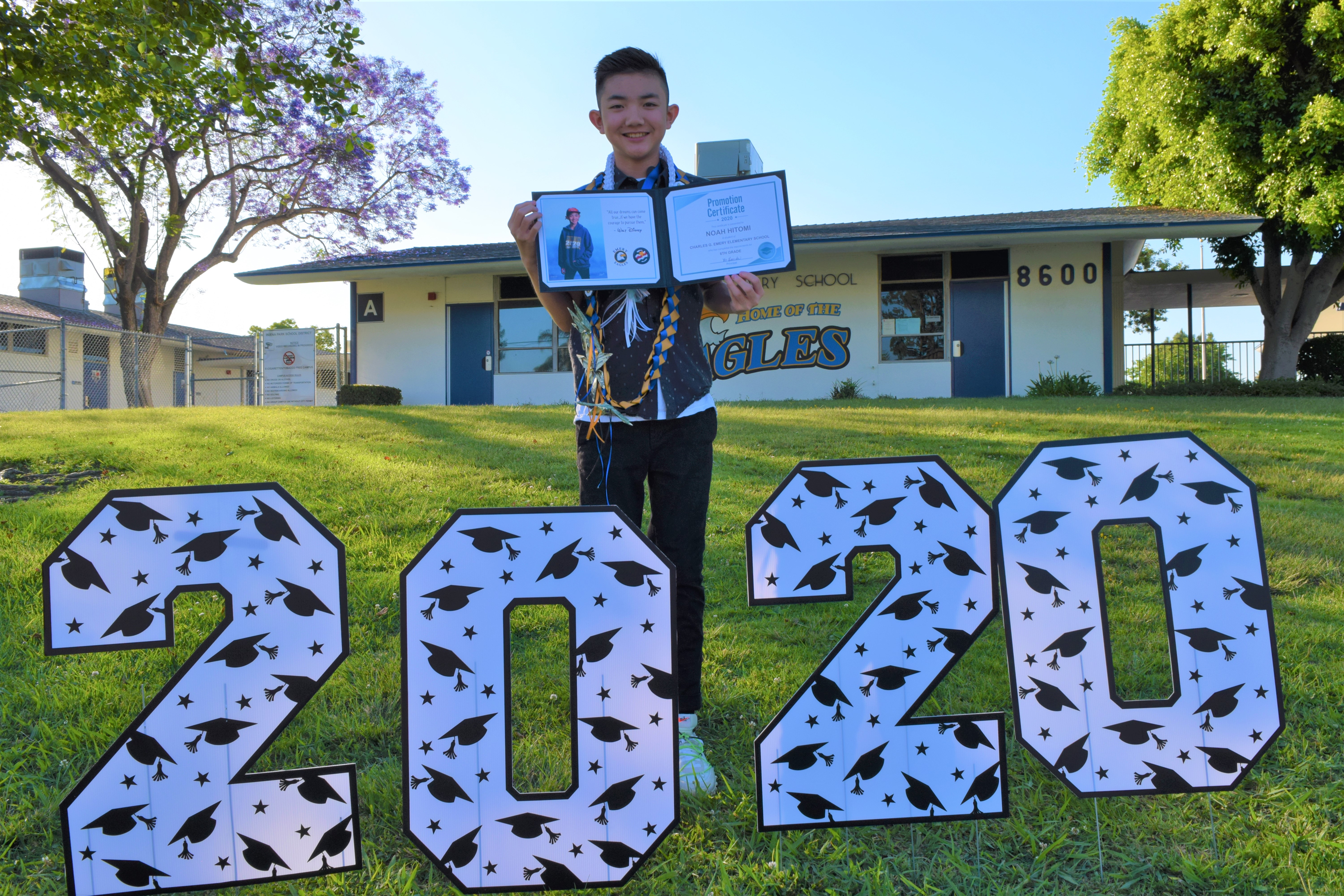 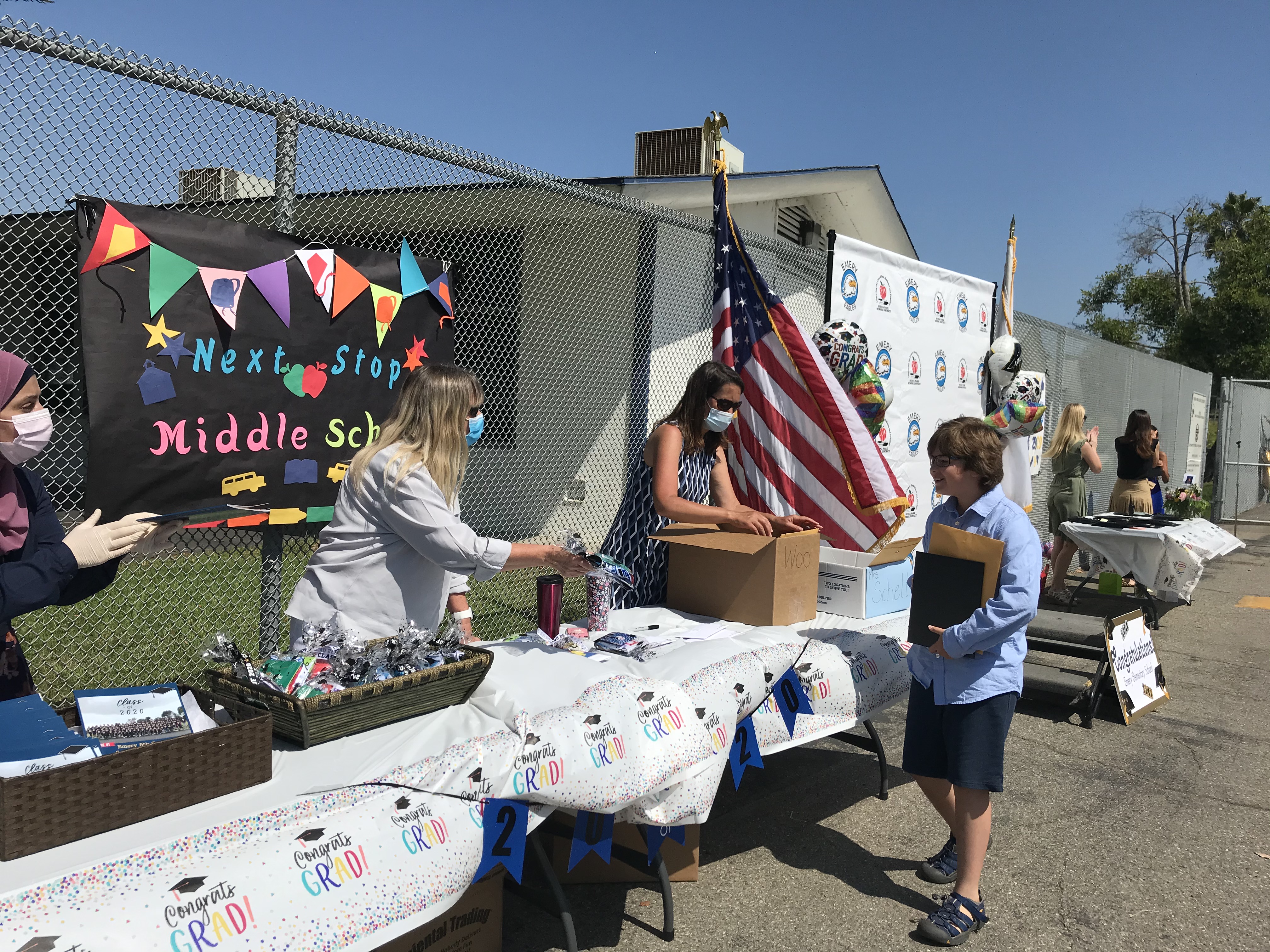 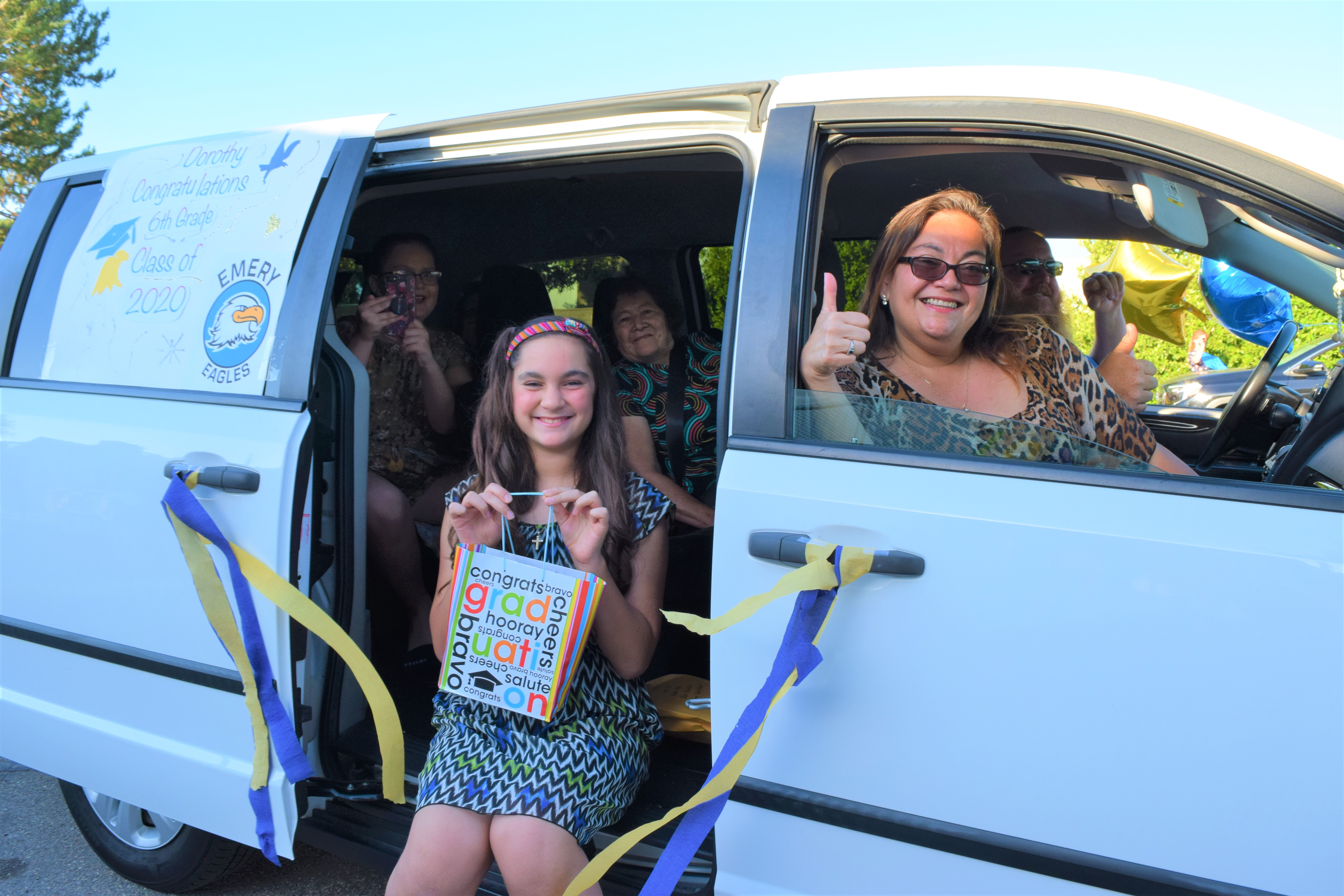