WHITTIER – La Serna High School senior Avery Smith, a skilled musician and four-year member of the La Serna Lancer Regiment marching band, is spending every Sunday through the end of the year perfecting her craft in preparation for her third appearance in the 129th Pasadena Tournament of Roses Parade as a member of the Pasadena City College Honor Band.

Smith – one of 12 Whittier Union students to win a coveted spot in the 2018 Honor Band – is now passing on her wisdom to the nine newcomers who will join her in performing in the New Year’s Day parade, watched by millions across the globe.

“The camaraderie is my favorite part of performing; getting to make friends and have the opportunity to play alongside some of the best high school musicians is definitely an honor,” Smith, a seasoned pro said. “The first year I performed was nerve-racking, but every year it gets less stressful because I know what to expect and now I can help others.”

“These students represent the best in regard to performance ability, and they are strong leaders who hold themselves to high standards,” said Aron Campbell, who is in his first year as Whittier High’s band director. “This is an incredible stepping stone into the professional music world, where students get to experience an intense audition and they perform at the next level.”

Salcedo, a six-year trombone player, auditioned for the opportunity to join the Honor Band at Pasadena City College in October. The experience? Nerve-wracking.
“I had butterflies and everything,” the Santa Fe High senior said. “But after I finished performing, I felt relieved and confident because I knew that I gave it all I had. I’m excited to see the thousands of people enjoying the parade, and knowing that my family, community and school will be cheering me on the entire way means everything.”

Members began practice on Nov. 5 and they will continue every Sunday in November and December, as well as almost every day during winter break.

The performers memorize and perfect five pieces during the group and sectional rehearsals, and they train for the six-mile trek during their marches around the hills at Dodger Stadium.

“We are so proud of our students’ accomplishments and are thrilled that they have been selected to showcase their tremendous abilities on a national scale,” Superintendent Martin Plourde said. “The Tournament of Roses is an honored tradition. The selection of our students demonstrates the caliber of our performing arts programs at Whittier Union.”

Thousands of people crowd Colorado Boulevard to watch the Tournament of Roses Parade and millions more watch the broadcast in 200 territories and countries across the globe. The Honor Band has marched in every parade since 1930. The 2018 theme is “Making A Difference.” 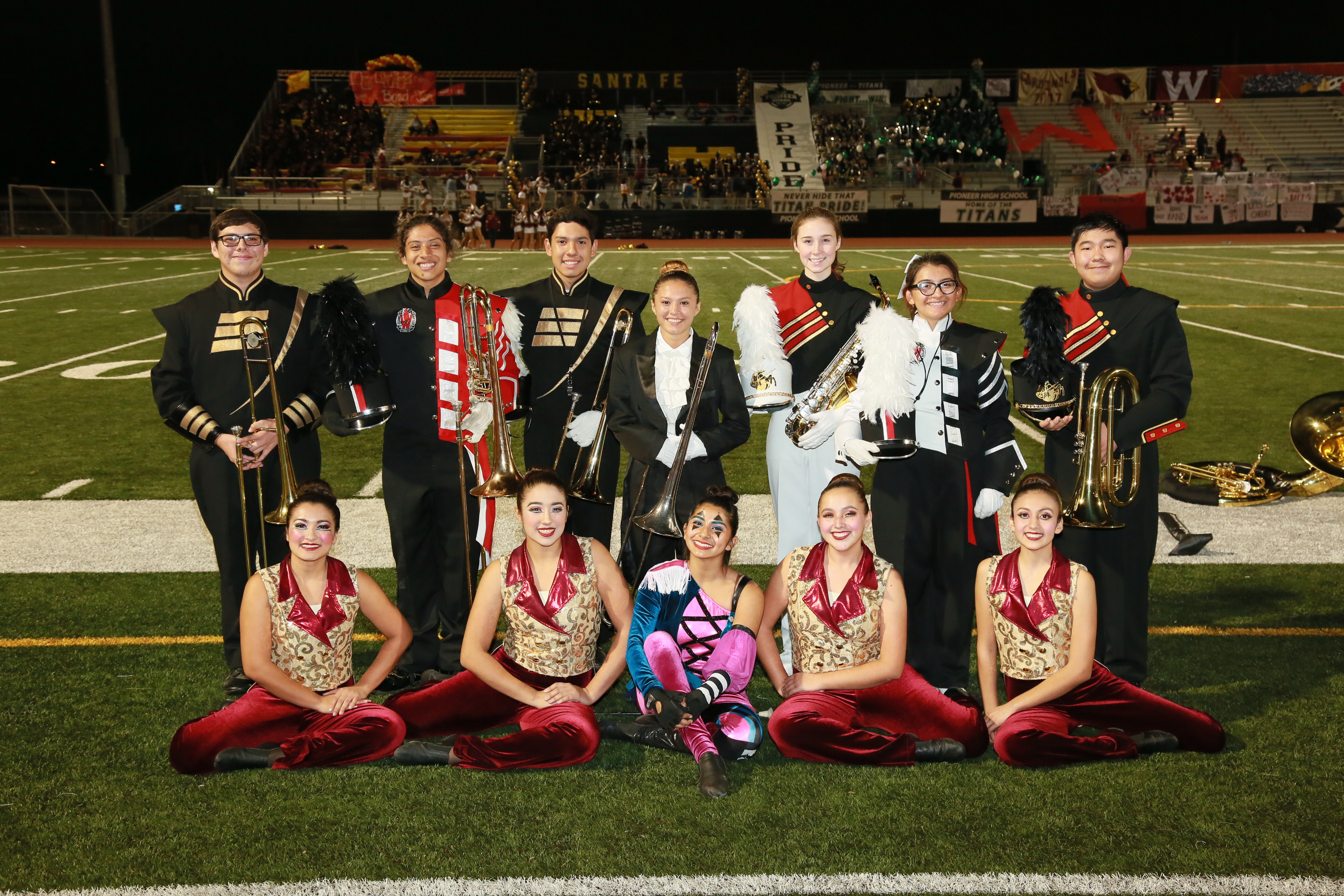