WHITTIER – Pioneer High School math teacher Javier Gonzalez entered a geometry classroom and immediately turned his attention to four students holding swimming pool noodles and a hula hoop, instructing them to twist the props into a series of geometric shapes.

The students are among more than 750 middle and high school students who are learning new math skills as part of Pioneer High’s Jaime Escalante Summer Math Academy.

Now in its 28th year, the Escalante Academy offers Whittier-area students in grades six through 12 an opportunity to complete a one-year math course in a six-week summer session, providing a jumpstart on math classes and preparing them for advanced college-level courses.

“Jaime Escalante believed that every student should have access to higher education,” said Gonzalez, math department chair and director of the program. “Our goal is to continue his legacy and turn that dream into a reality for our kids. Every student who participates in the Escalante Academy is investing in their future.”

Students who receive A’s or Bs will earn 10 credits that will be transferred to their transcripts, enabling them to advance one course level. A completion ceremony for students who finish the program will take place at noon Thursday, July 19 at Pioneer High, 10800 Benavon St., Whittier.

“I like math and I have a lot of free time during the summer,” La Serna High School junior Austin Montoya said. “I am taking Math Analysis so that I can take more AP classes. I hope to attend a UC or Ivy League university and major in math or science.”

Escalante, the former Garfield High School math teacher whose life was profiled in the 1988 movie “Stand and Deliver,” inspired the summer classes. But as director of the Escalante Academy, Gonzalez has guided the program at Pioneer since its inception.

“Mr. Gonzalez is a really fun and outgoing teacher. He has his own style and really draws you into the subject,” said tutor Amanda Fitzgerald, who graduated from Pioneer in 2015 and is now a senior at Cal State San Bernardino. “He has a way of making terms and concepts stick. He taught me so much. I have been tutoring here for three summers.”

“This is the only Escalante program that remains that emulates and replicates the identical program that Jaime began,” Villavicencio said. “In fact, it is better because we have expanded access to the whole community and include middle school students. We are working with wonderful kids who have a great desire to succeed and get better.”

Although not every student will earn the chance to advance to the next level, Gonzalez said that meeting students from other schools and establishing bonds with teachers and tutors will benefit their studies. For that reason, the Academy offers one-on-one before- and after-school tutorials for students from 7 to 8 a.m. and 2 to 3 p.m. during the course of the program.

Escalante Academy students also take field trips and perform community service. In June, a group of students accompanied Gonzalez on a weekend trip to Teresita Pines in Wrightwood, where they worked to clean the camp, spruce up the trails and swim.

“This is school, but it is also summer, so we want our students to mix their studies with pleasure, develop a camaraderie and make new friends,” Gonzalez said. “The math work is challenging, but we also want it to be an experience that inspires their friends to enroll next summer.”

071618_WUHSD_ESCALANTEACADEMY1: Pioneer High School math teacher Javier Gonzalez assists students with their studies at the Jaime Escalante Summer Math Academy, which offers Whittier-area students an opportunity to complete a one-year math course in a six-week summer session. Gonzalez serves as director of the Academy, which is now in its 28th year. He has guided the program since its inception.

071618_WUHSD_ESCALANTEACADEMY2: Students use swimming pool noodles to create geometric shapes during a classroom lesson at the Jaime Escalante Summer Math Academy, held at Pioneer High School. More than 750 middle and high school are participating in the program, which prepares them for advanced college-level courses. Students who receive A’s or B’s will advance one course level during the next school year. 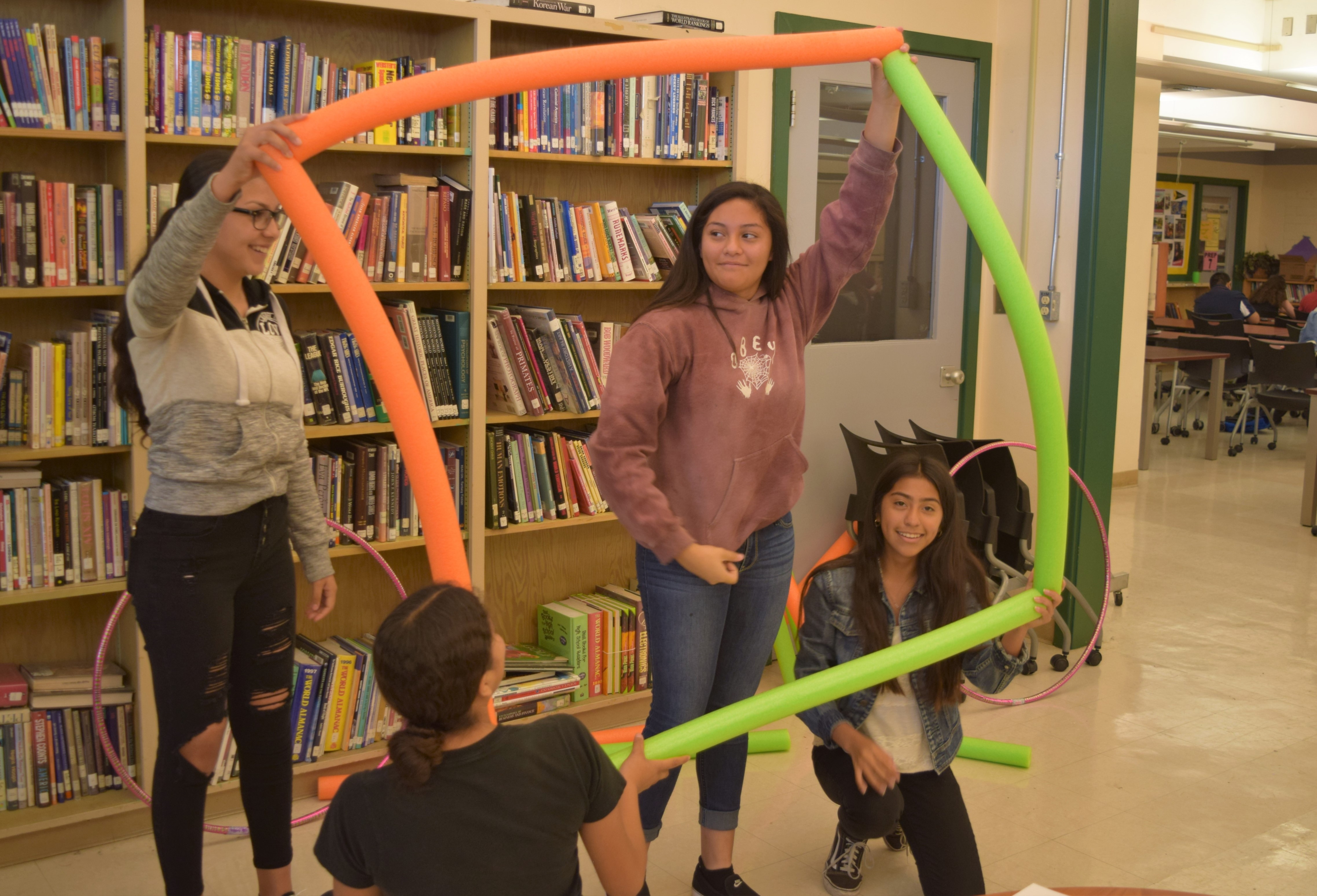 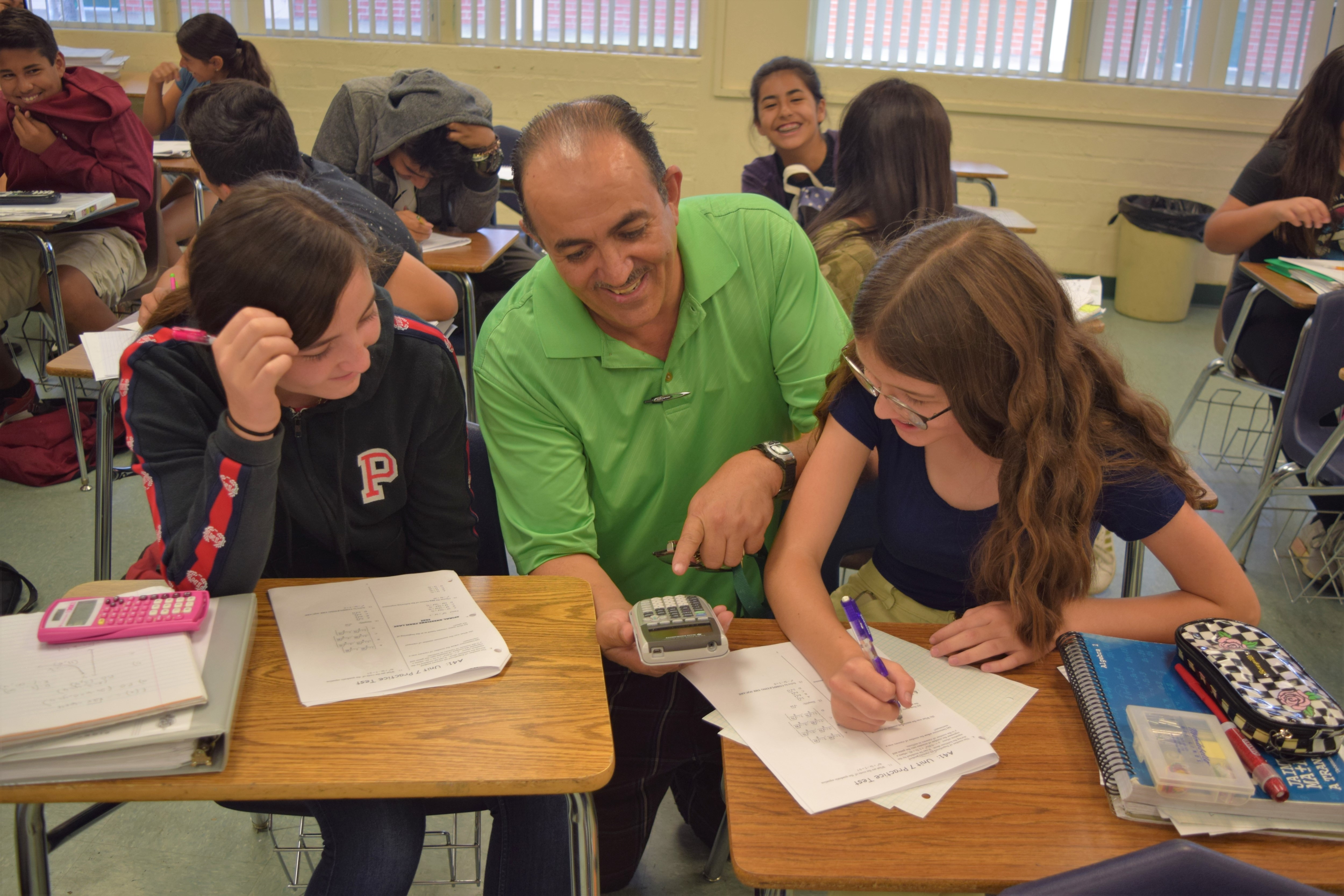