WHITTIER – Sierra Vista High School senior Jose de Leon is looking forward to participating in commencement exercises in June and pursuing a career as a probation officer. But it wasn’t very long ago that the idea of graduating from high school was more fantasy than reality for de Leon.

As a freshman, de Leon spent two days at Cal High before being transferred to Sierra Vista, the District’s independent study campus. There, he was placed in the Freshman Fresh Start program, which serves as a bridge for students who need additional support transitioning from middle to high school.

Unfortunately for de Leon, who was on probation, he faced additional challenges at the new school, where he was often disruptive in class and skipped school altogether at times.

Later in the school year, de Leon was placed in Sierra Vista’s independent study night program, aimed at students who learn better in a quieter setting with fewer distractions. Meeting twice a week with three teachers and one tutor, the new academic plan provided de Leon the opportunity to learn at his own pace in a more focused, structured evening environment.

“The independent study evening classes don’t always work for students, but sometimes magic happens, and for Jose, it worked,” Sierra Vista Director Nicki Buchholz said. “We are always willing to give our student multiple chances, and Jose has accomplished so much. He matured and started to make better decisions.”

For his resilience and willingness to challenge himself academically and personally, de Leon was presented with an Award of Merit by the Whittier Union Board of Trustees on April 9.

“I’d like to thank everyone, my teachers, Sierra Vista staff and my parents,” de Leon said.

Though de Leon still has credits to earn, he is working hard and has begun to formulate a post-secondary education plan that includes attending Rio Hondo College and studying to become a probation officer.

“What really matters is where Jose is now, not where he was,” Buchholz said. “We believe Jose will be successful and that he will reach out and help students who may be headed down the path he once took. We are very proud of him and know that going forward, he will shine.”

041719_WUHSD_DELEON2: Jose de Leon, a student in Sierra Vista High School’s independent study program is surrounded by Sierra Vista teachers and staff after receiving an Award of Merit for his resilience and willingness to challenge himself academically and personally on April 9. 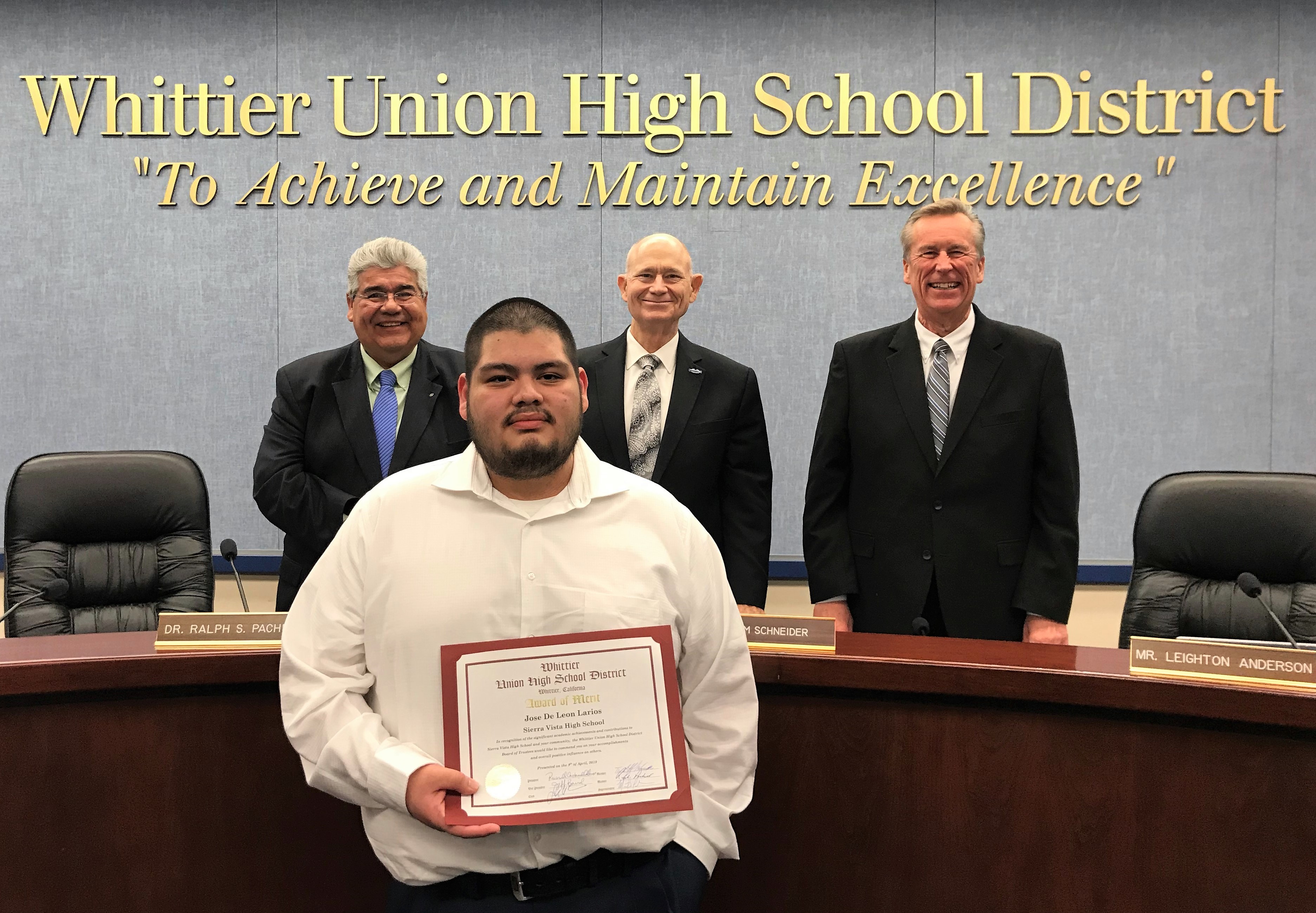 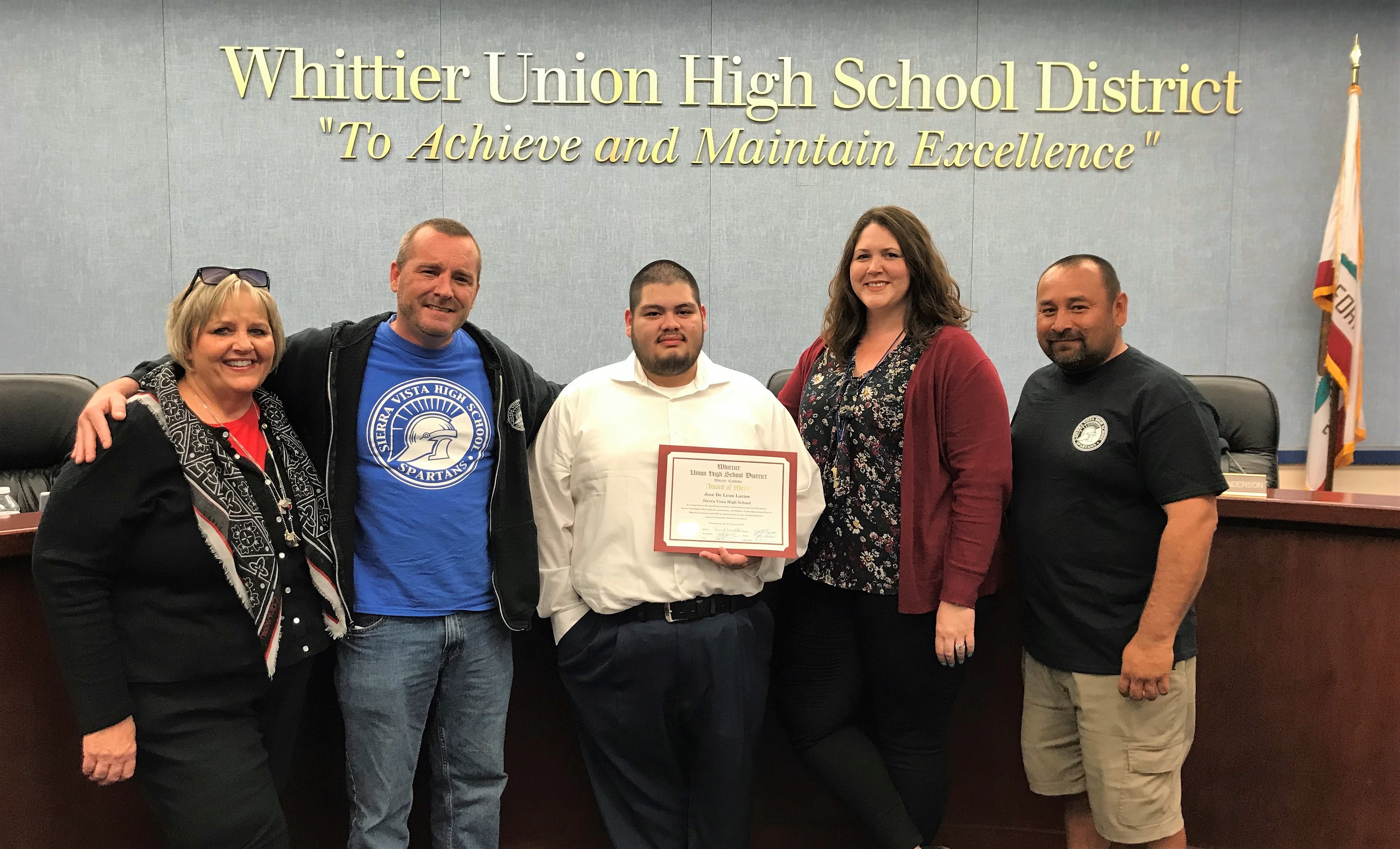