WHITTIER – Pioneer High School senior Sabrina Hawthorne is looking forward to a career fighting for justice and equality as a civil rights lawyer for immigrants and those living with disabilities – a dream job she is one step closer to achieving after being accepted into Cornell University’s Industrial and Labor Relations program.

Inspired by her mother, who is disabled, Hawthorne will be the first among her five siblings to attend college. The Pioneer High girls water-polo captain and MVP credits her mother for showing her the benefits of healthy living and instilling in her a work ethic that has helped launch her success in school.

“My mother taught me that I could do anything I put my mind to,” Hawthorne said. “When I was younger, I would notice some kids would have more than us, and she told me that it didn’t matter where you started, you can still achieve what you want. It means a lot to me to be accepted to Cornell and pave the way for my siblings. I want them to learn that they can come from little, but still make an impact.”

Hawthorne, who holds a 4.2 GPA, has completed eight Advanced Placement courses at Pioneer, with U.S. History being the most influential in kindling her interest in workforce discrepancies and exploring challenges individuals face while pursuing their dream jobs.

“Pioneer has really helped prepare me for this moment. The staff has always been there to support me,” Hawthorne said. “I am determined to make it a better, healthier world for everyone, especially those with disabilities.”

A committed advocate of healthy living and physical fitness, Hawthorne created Pioneer’s Good Eats Club as a junior to encourage her fellow students to exercise more and eat better. The Good Eats Club schedules regular hiking trips for the entire community, as well as organizes potluck picnics on weekends, where participants also play Frisbee and football.

The Good Eats Club has already made an impact in the Whittier community with one member recently hired at the YMCA of Greater Whittier as an eating coach.

Hawthorne’s athleticism has made a big splash on campus as well. As a freshman, Hawthorne was named captain of Pioneer’s varsity girls water polo team, a position she has maintained for four years. Hawthorne is also captain of the girls’ swim team and a member of the girls’ volleyball team. Hawthorne has been named Most Valuable Player on each team.

Hawthorne plans to try out for the Ivy League university’s women’s water polo team as a walk-on and would also like to start a vegetarian club at the school if no such organization exists.

“We are exceptionally proud of Sabrina, who has excelled in academics and athletics and has taken advantage of Pioneer High School’s small school setting,” Principal Lilia Bozigian said. “Sabrina is determined to see that all people, no matter their background or limitations, are treated with fairness and equality. We wish her the very best in her studies and future career.”

013118_WUHSD_HAWTHORNE: Pioneer High School senior Sabrina Hawthorne has been accepted to Cornell University’s Industrial and Labor Relations program. There, Hawthorne will pursue a career in law, fighting for the civil rights of immigrants and those living with disabilities. 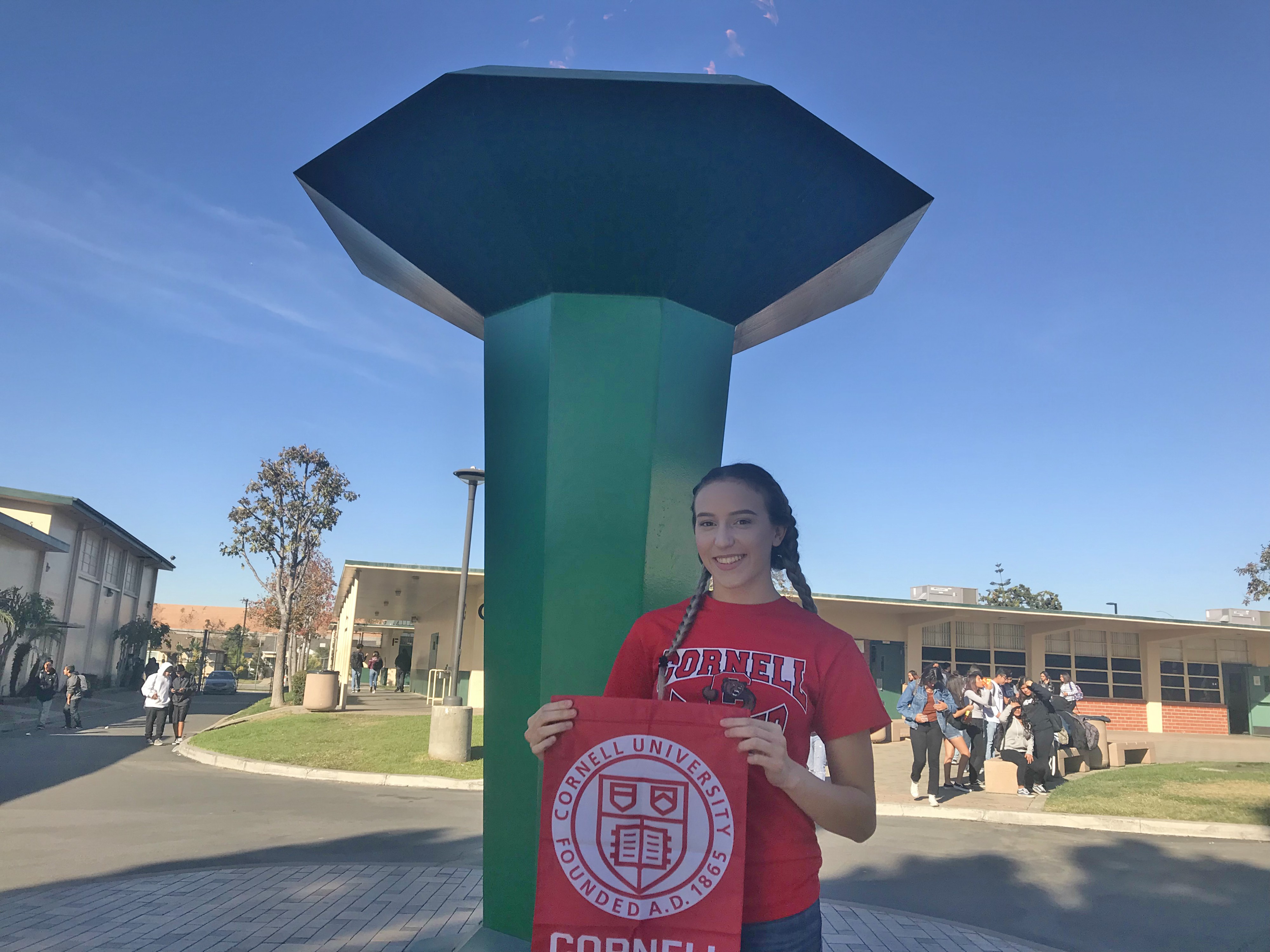