Tackling the transition to an online competition with vigor, Curfman led the way with five gold medals and helped guide the Cardinal AcaDec team to a first-place Division III finish. The Cardinals narrowly edged out District rival Santa Fe High School, which took second place in Division III in only its second year of competition.

“AcaDec required a lot of independent will as well as support from the entire team, but we were able to persevere,” Curfman said. “The Cold War theme was very appealing and kept me motivated to focus on a variety of subjects which I medaled in. Overall, the experience was one I will never forget, and I’m grateful for the opportunity this year.”

Whittier’s and Santa Fe’s strong showing in the 2021 competition reflects students’ and coaches’ determination to succeed, rising to the challenges of studying independently and staying focused during a year of remote learning and social distancing.

“This year’s decathlon was definitely different. It was strange having all the events online, especially speech and interview,” Whittier High junior Sophia Rodriguez said. “But it was still an incredible experience that I’m fortunate enough to have been a part of.”

“Despite the circumstances due to COVID, I still think that our team made the best of it,” Padilla said. “I’m very proud of our team for all of our hard work.”

Whittier High economics teacher Kele Perkins has coached the Cardinal AcaDec team since 2015. Perkins used his sixth-period Academic Teams class to recruit potential team members. As a coach, his goals are to field a successful team and to strengthen a student’s academic capabilities, which will prepare them for college and career.

“Our team stayed motivated to study independently this year and it really paid off. I am very proud of what they have accomplished,” Perkins said. “Students participating in AcaDec receive a well-rounded education, knowing a little about everything. That’s a big draw for me as an instructor. At first students think about medals, but later they realize the long-term benefits.”

Two years ago, Santa Fe High English teacher Annette Snow was approached by Padilla and Becerra, who wanted to establish an Academic Decathlon team and asked Snow to be their coach. Despite being unfamiliar with the competition Snow accepted and, using Perkins as a mentor, has helped build a team that is just beginning to tap its potential.

“Academic Decathlon prepares students for the rigors of higher education,” Snow said. “Each year a student participates, their confidence grows. Categories like speech, interview, and essay writing are all skills they will use in college and beyond.”

Academic Decathlon is a competition consisting of ten events, including Super Quiz, with a common theme linking the subjects. This year’s theme was the Cold War. Teams are divided into three groups, based on grade point average – Honor, Scholastic and Varsity. Individual scores are combined to determine the winning teams. 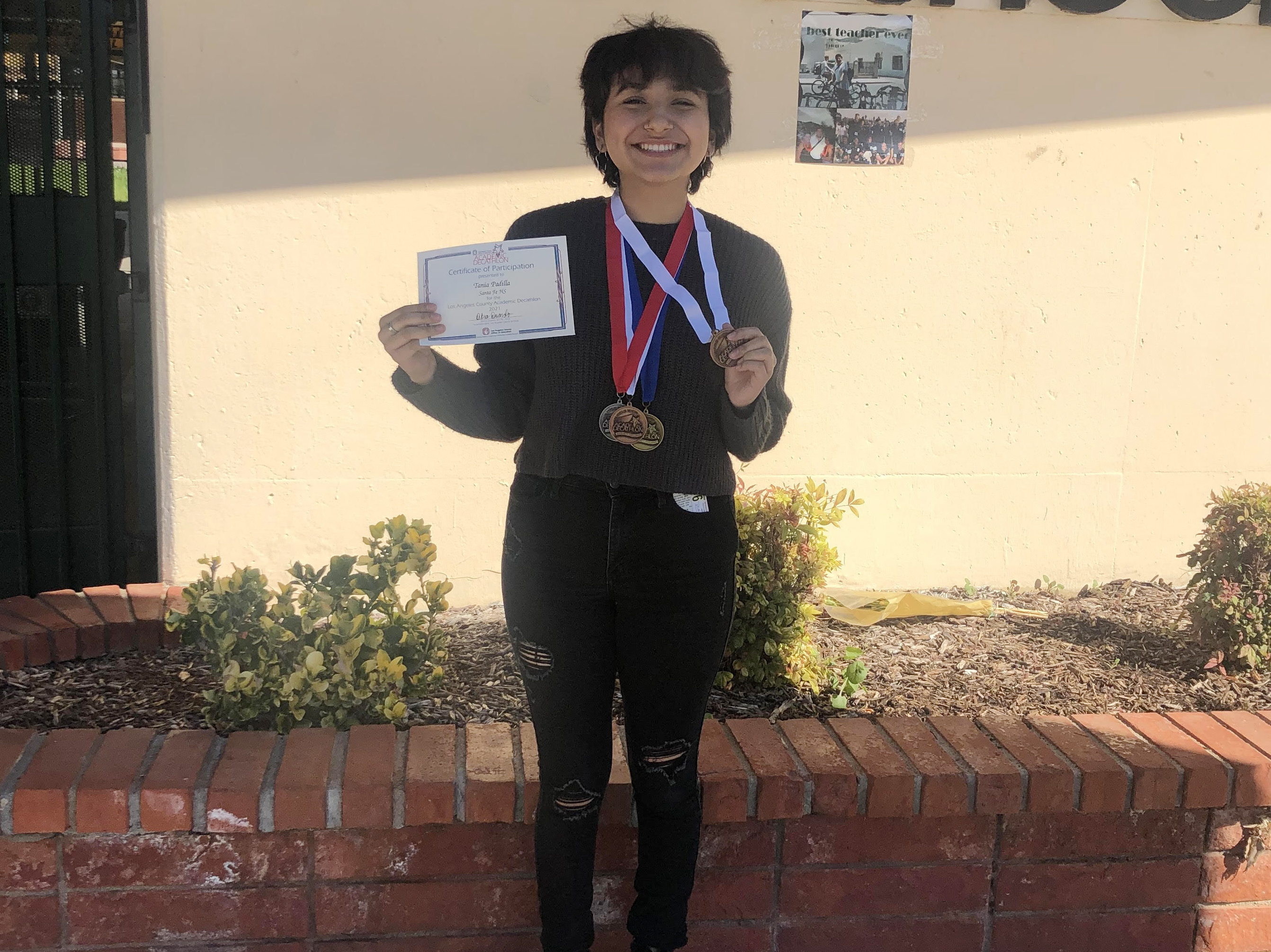 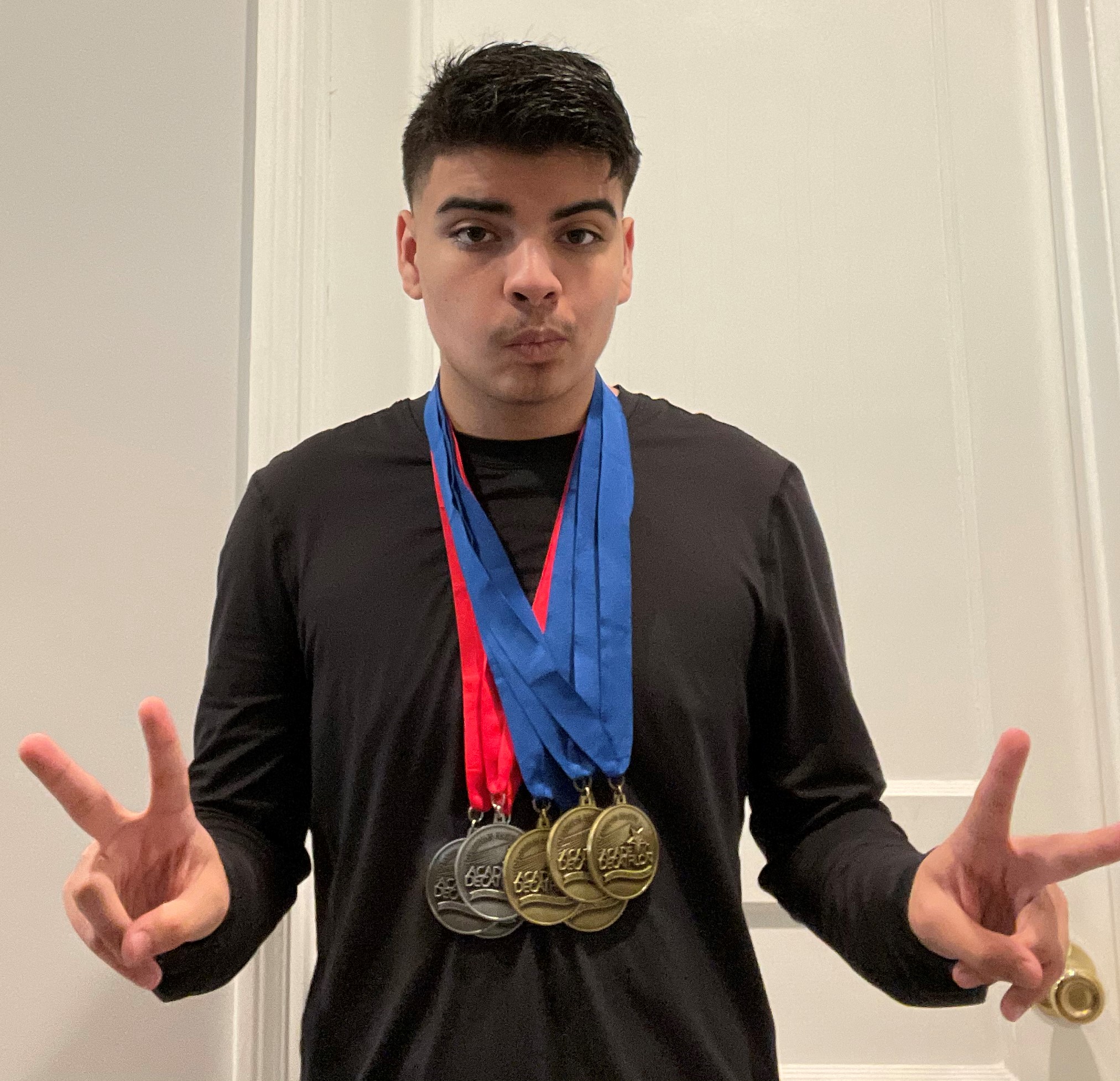