WHITTIER – Santa Fe High School English language arts teacher Isela Garcia-Valencia was beloved on campus for the empathy she offered all students, particularly those struggling with language barriers and economic hardships – challenges she was all too familiar with. Garcia-Valencia died on January 30th after a four-year battle with cancer. She was 41.

“Isela was a champion of champions who fought hard for the betterment of others. She had a tremendous impact on so many students, especially the underserved and disenfranchised,” said Lilia Torres-Cooper, the director of categorical programs at Whittier Union High School District. “She helped students realize their potential by setting high expectations and providing them a safe and nurturing environment to challenge themselves.”

Speaking no English when she immigrated from Mexico to California with her parents in 1980, a young Garcia was required to adapt to a foreign culture while learning a new language. Still, she quickly demonstrated that she was up to the task and embraced the challenges that would enable her to be the first in her family to graduate from high school and college.

Although she began elementary school as an English learner, Garcia-Valencia soon found herself outperforming her peers academically as she moved into advanced courses. Once in high school, she continued her advanced academic achievements and completed each school year at the top of her class.

Recognizing that to better herself involved supporting others to do their best, she became active in MECHA, Girls League and as an AVID mentor. Garcia-Valencia also took on part-time jobs to help her parents and younger siblings make ends meet.

Garcia-Valencia’s dedication to her family played a significant role when it came time to selecting a college. Accepted to both Yale and UC Berkeley, Garcia-Valencia chose to stay close to home, attending Fullerton College, where she showed her appreciation to her parents upon graduating by delivering the school’s commencement speech in English and Spanish. She was recognized as being an integral part in the transformation of the campus’s Puente Project student organization.

After transferring to UC Berkeley, Garcia-Valencia advocated for an ethnic studies curriculum, tutored underprivileged students in Oakland and made a film about women crossing the U.S./Mexico border. She graduated in 1999 and began her teaching career at a middle school in Los Angeles in 2001.
Garcia-Valencia joined Santa Fe in 2005, passionate about working with first-generation English learners and advocating for mental health services for students. Eventually, Garcia-Valencia would rise to become Santa Fe’s English learner course lead, College and Career Center coordinator and assistant to the Expanded Horizons program.

“Isela was passionate about education and ensuring that all students had access to education regardless of who they were or any barriers they might be encountering,” Principal Craig Campbell said. “She also held her students, colleagues and staff to the highest standards of teaching and learning, while treating every kid that crossed her path as her own.”

Garcia-Valencia was diagnosed with breast cancer in 2014, and doctors informed the family that she likely had one year to live. Showing her fighting spirit, commitment and resilience, Garcia-Valencia continued to work while undergoing treatment, defying the odds before falling ill again late in 2017.

“Isela Garcia-Valencia was more than just a teacher, she was an inspiration to students and coworkers alike, who valued her as a compassionate leader and trusted confidant, a dedicated educator who never backed down from a challenge,” Whittier Union High School District Superintendent Martin Plourde said. “Our hearts go out to the Valencia family.”

She is survived by her husband of 11 years, Luis, daughters Lourdes, Malena and Itzel, parents and five siblings.

031618_WUHSD_VALENCIA: The Whittier Union High School District is mourning the loss of Santa Fe High School English language arts teacher Isela Garcia-Valencia, who died in January after a four-year battle with cancer. Garcia-Valencia, pictured with her students, is remembered for her empathy and for challenging her students to realize their full potential. 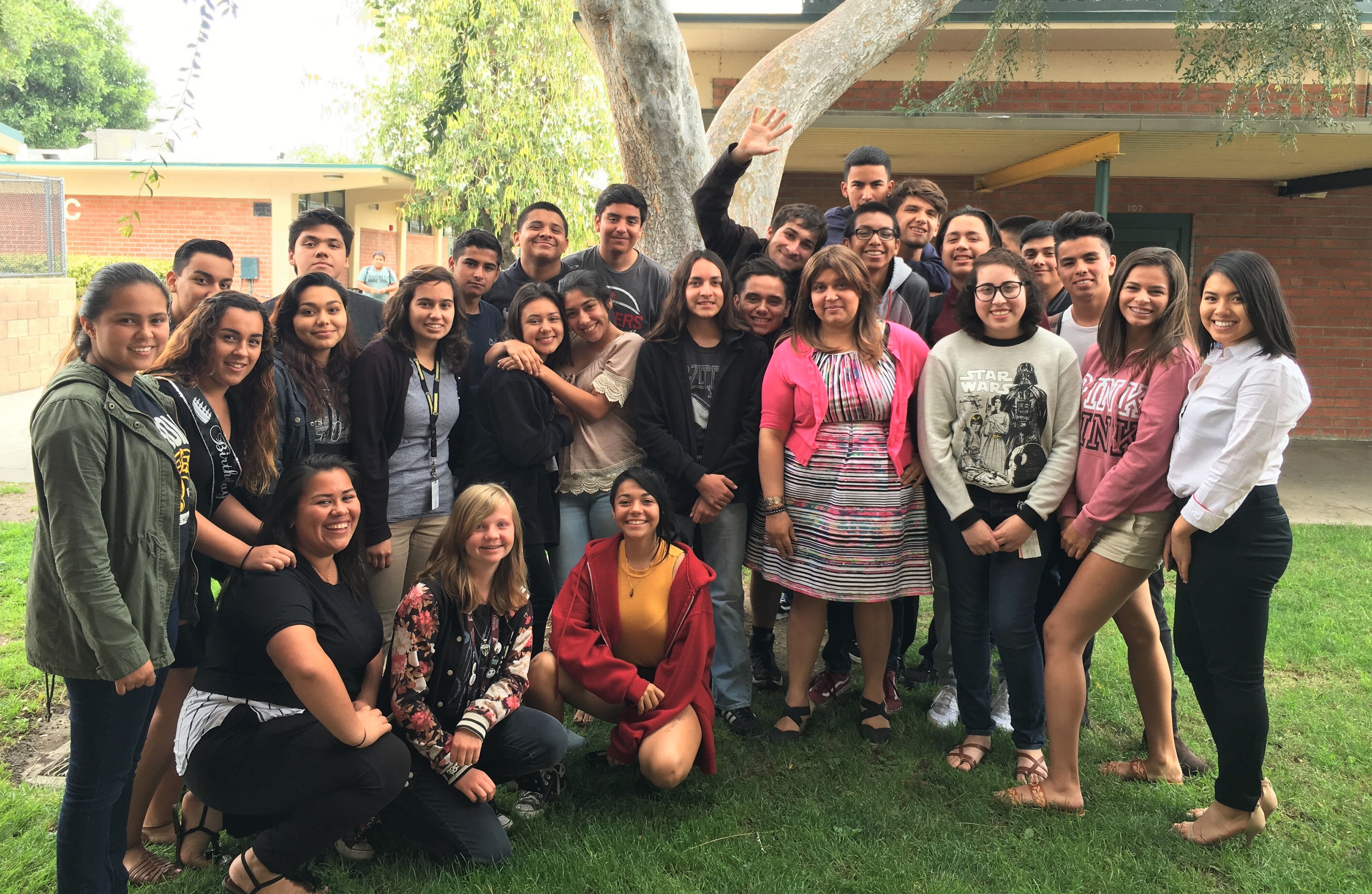