The goal of the Parent Mentor program is to train parent volunteers to promote a Road to College Success mentality for their children, while learning basic technology like accessing Zoom and sending emails. Upon completion of the program, parents serve as ambassadors throughout the District, sharing their knowledge with other parents.

The parent graduates were the second cohort to complete the program, joining 12 parents who graduated in October 2020. During the ceremony, parents shared clips of a final video project demonstrating their understanding of a topic they studied, such as the benefits of being bilingual or how to apply for financial aid.

“The ceremony celebrates the culmination of all of our parent mentor’s hard work, which reflects their enthusiasm to see us reach our goals,” Whittier Union Director of Categorical Programs Francisco Meza said. “We want parents in the District to change their mentality in terms of preparing their child not just to go to college, but to successfully graduate from college and start a career.”

The graduating cohort was assisted in the parent mentor program by their peers who graduated in 2020. Both cohorts will now assist other parents and will help prepare future parent mentors.

The Parent Mentor program was created to support parents of English learners who were having difficulty accessing technology during COVID-19 school closures. Meeting every Thursday for three months via Zoom, parents learned how to best support their child’s pathway to college success. The parents also used the program to expand their horizons and assist with their own personal growth.

After years of making sure her daughters had completed their homework and arrived on time for their extracurricular activities, Alcazar decided she wanted to devote more time to educating herself and assist other Whittier Union parents.

“I wanted to share my experiences, so I joined the Path to College Success program,” Alcazar said. “This is such a great program that teaches parents about technology and District support services that they may not be aware of. Having completed the parent mentor program, I look forward to helping many other parents.”

The parent mentor program has inspired Alcazar to start a new career as a clerk. Along with taking classes at the adult school, Alcazar volunteers one day a week assisting the Categorical Programs staff.
The Path to College Success Parent Mentors program is scheduled to be showcased at the California School Board Association conference in December.

“I want to congratulate and thank all our graduating class of parent mentors. The strength of Whittier Union is that we have the best students anywhere and I also believe we have the best parents,” Superintendent Martin Plourde said. “This is a wonderful program, and we are very excited and supportive of all the work they do and are humbled and thankful for their participation.”

WUHSD_MENTOR1: Artisia Alcazar (right) joined the Whittier Union Parent Mentor program after her two daughters, Jamelyn (left) and Chelsy Torres (middle), graduated from California High School and began attending college. Alcazar was one of 11 parents to graduate from the 3-month course, which is designed to increase parent engagement and support parents of English learners. 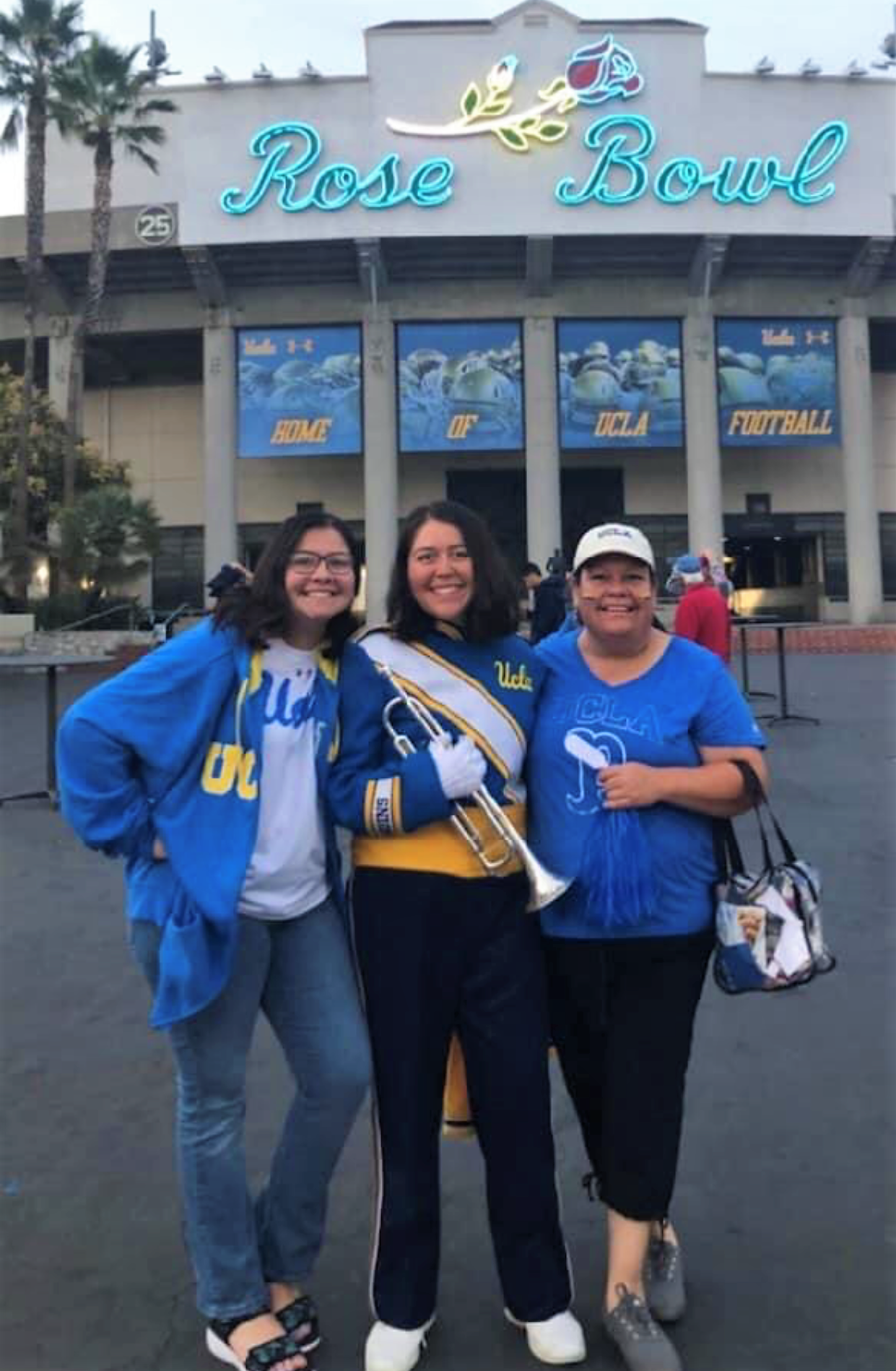